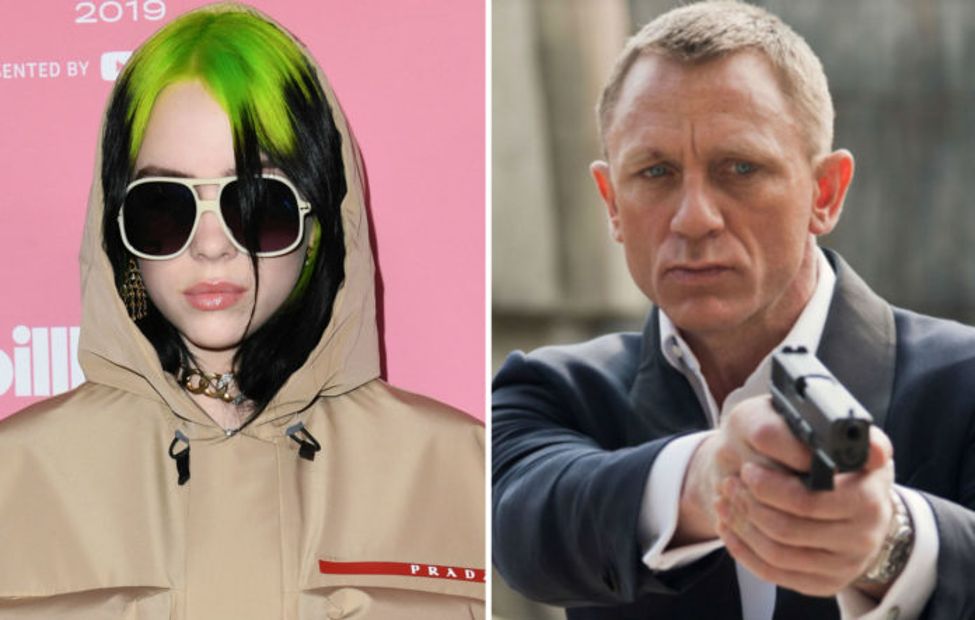 Billie Eilish has made history as becoming the youngest person to ever score for a Bond film. Eighteen years old, she is becoming one of the next generation’s evolving singers alongside Shawn Mendes, Khalid and others.

Fans were impressed by the announcement, given her rising popularity with pop music and the fact that she is following in the footsteps of other youngsters who have performed for the James Bond franchise. The critically acclaimed Skyfall had Adele Adkins perform the titular song when she was just twenty-four, and she won the Academy Award for Best Original Song. Sam Smith composed “Writing’s On The Wall” for Spectre in 2015 at the age of twenty-three, and he also won an Academy Award for Best Original Song as well. Will Eilish follow in their footsteps with such success?

After listening to her song “No Time to Die”, it hints that some type of betrayal will occur in the upcoming film. It references lies and some deceit with the lines “I’ve fallen for a lie” and “You were never on my side”. Potentially Bond (Daniel Craig) may be betrayed by his love from Spectre, Madeleine Swann (Lea Seydoux) as music does have a way of revealing realities in life. The song maintains a dark, soft tone throughout and hits some beats from the film series’ notes such as the minor 9th chord and strings, leaving one on a spine-tingling note.

What this goes to show is Hollywood is not shying away from giving several artists the opportunity to showcase their impressive skills. Eilish has even wanted to compose for a Bond film for a long time and her wish has come true, and she has gained further recognition and awards because of it. It is moments like this that celebrate a victory to anyone, regardless of age, race or sex. We do not need to be cutting off others because of what they enjoy doing. If it is legal and can be appreciated by others, artists deserve to spread their content throughout the world. And who knows, maybe they will advance further within the spectrum of music and art.

Eilish’s song was the second Bond theme to top the charts, first to be performed by a female artist and her first number one single in the United Kingdom. If there are more records for Eilish to break, she is in the perfect spot to continue her red-hot streak.

Back when Bond films came out, they didn’t necessarily weave in a proper structure in dealings with music. It seemed that you would better off having your relative choose a song as the background noise wasn’t that appealing. Nowadays, the films want to reach out to the younger audiences whether it’s with Madonna or Alicia Keys or in this case, Billie Eilish. Her words command to a theme where Craig’s Bond character is being tormented and in a dark place. Kind of reminds one of the fictious world in 2017’s Justice League with the opening credits song “Everybody Knows” by Sigrid, where Superman’s absence had pushed mankind into a desperate and hopeless position. The vulnerability aspect is something Eilish capitalizes on with her mic-work, something that challenges a bad-tempered Bond.

Eilish is a fine addition to this franchise’s work and her words are committed to exposing what truths lie ahead in the upcoming film (that releases in April 2020). Regardless of it being portrayed in film or reality, maintain your trust with the people you truly know. Otherwise, it may just come back to bite as illustrated by Eilish.