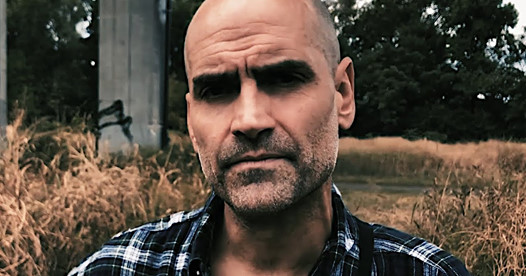 Reel 2 Real on March 4, 2020 0Likes At The Movies
ShareTwitterFacebookInstagram

Were you surprised at how many awards you won?

It was a double edge sword to win all those awards, yet not take the first place overall and give this film a chance to go a little further in the competition…we wanted the Super Bowl. But I can’t think of a better way to go out than taking more overall awards than any other film.  Knowing the level of talent and professionalism each individual of the team brought with his or her aspect of the film-making, I can’t say that we were surprised by any particular award.  I think what was surprising to the individuals of our team, myself included, was being able to channel so much talent in such a short period of time since we had never all worked together before. Everyone brought their A game. So although we missed the Super Bowl, we kind of got an All-Star game.

Obviously this was a group effort.  Was it difficult to work as a group?

I think that was the real magic of this project.  All who participated were willing to do the job that was asked of them to the best of their ability and trust that the other team members were going to do the same.  We were very lucky to have two filmmakers/directors, Corbin Rowell (Mad Crab Productions) and Steve James (First Light Productions), who had very distinct ideas of how they wanted things to look.  We were also extremely fortunate to have cinematographer/DOP Michael Hagan (Dovetail Post) who was always able to capture his vision in the frame.  Under the pressure of time, indecision is the enemy.  Everyone on the NeVeRSeeN Media team was cool about quickly putting in their creative two cents and then stepping aside to let the directors do what they thought was best from the input they had received along with their own ideas. We had a talented cast of actors, sound technicians and special effects professionals at our disposal and willing to do whatever was needed, big or small. In all honesty I expected it to be more awkward but by the end of the day it was as if we had all been working together for years.

Who came up with the story-line?

The initial premise of our story-line is dictated by the 48 hour project rules.  Topics from the horror genre are drawn at random. Of the two topics we picked, “mad scientist” and “cursed object/toy,” we decided to go with the latter.  We also HAD to use the required elements:

1. The character Chico or Cha-Cha Rodriguez.
2. A brick as a prop.
3. Someone had to deliver the line “The third time’s a charm” at some point during our film.

As soon as we selected our topic and were informed of the needed elements on Friday evening at approximately 7 PM, Ashley Reed (Who plays Cha-Cha Rodriguez in the film), Steve James, Corbin Rowell and I were sitting at the bar and immediately throwing around ideas.  Steve, Corbin and I retired back to my house and spent a few hours continuing to brainstorm a storyline.  Steve came up with the idea of three different time period represented by the three vignettes you see in our film. It was my idea to play a Grim Reaper type character. After we story-boarded the settings for each portion of the shoot, Corbin Rowell took that and ran with it, writing most of the night until he had finished all the details of the script.  Although we tried to stick to the script and schedule on shooting day, there were several impromptu changes such as using a violin, playing cards at the table, shooting the dancing scene from the balcony, capturing the moonlight at just the right time. These were some of the things that absolutely elevated the film.

The music is beautiful. Would you to talk about it?

Yes, definitely! Our co-director Steve James found two songs that perfectly matched the feel of what we wanted in the film. The first song was meant to invoke a sense of mystery and unease as we are first introduced to the Collector character.  The second song served two purposes.  One was to take the viewer into a different time period. The second was to slow things down and help us empathize with his sense of loss.  There is dialogue between characters instead of music playing throughout the third scene. When that scene ends, the first song begins playing again. It brings the film full circle and ends it with a sense of unease and mystery, just like the start of the film. We feel the atmospheric horror as we see our characters dancing for eternity in The Collector’s chest.  Given that the first, second and final scene have no dialogue you could really say that we needed the music to be one of the main elements in the film, truly helping to tell the story.  Winning the Best Sound Design award let us know it worked!

How do you balance your day job and your love of filmmaking?  Are you also a musician? I saw a FB page

I always chuckle when people mention my day job since I don’t really have one.  I’m a physician, and have been specializing in ER and trauma radiology for the past 15 years, only working…nights! The downside of only doing night shift work is pretty obvious (more coffee please!) but one perk is I get more time off as a result. I typically work 7 nights on and then I get 14 nights off which allows time to recover, and then pursue outside interests, including NeVeRSeeN music and film-making endeavors.  I am a self-taught musician, having founded and fronted the band NeVeRSeeN over the past 20 years.  I write the music, sing and play guitar. I love to perform live when I can, but over the past couple of years I’ve been focusing more on recording and making music videos. We released our third album entitled “WHeNeVeR” in 2019 and I’m already hard at work for our next album expected to release in 2021.  Corbin Rowell, co-director of “The Collectors Chest,” and I have worked together on multiple music videos, now available on our Facebook and YouTube channels.

The Collector’s Chest is also on our YouTube channel for anyone to enjoy!   My job in radiology is very intense and can be quite stressful. I find that spending free time pursuing the performing arts is therapeutic, cathartic, and dare I say helps me maintain a modicum of sanity…usually. NeVeRSeeN Media has multiple coals in the fire currently. I recently produced a short film titled We Were Desperate written and directed by Corbin Rowell (Mad Crab Productions).  I wrote and released a song called Desperate for the movie as well.  The song and associated music video are currently available through our social media links/iTunes/Spotify.  The movie is set to release on Amazon Prime in mid January.  And just to round out my never stop attitude, I have been participating in Iron Man events since 2007 and I’m currently producing a documentary titled Every Man about my journey with two of my childhood friends who I convinced to participate.  The film follows us over a period of almost two years as we struggle trying to train and complete an Iron Man race while balancing our work, family and other interests.  The film is expected to release later in 2020.

Anything I didn’t cover that you would like to add?

Thank you so much for taking an interest in The Collectors Chest and other NeVeRSeeN content.  I’ve provided relevant links that I hope you and your audience will enjoy!  Feel free to reach out to us through any of our social media; we would love to hear from you!

Our new album WHeNeVeR is now available everywhere! Download & stream it now:

Melissa Leilani Larson on her film ‘Jane and Emma’