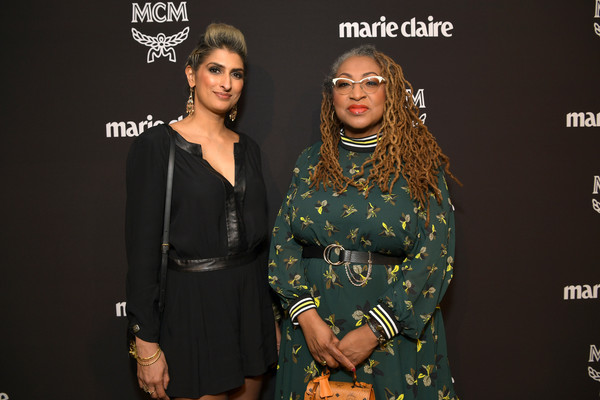 Reel 2 Real on August 3, 2020 0Likes At The Movies
ShareTwitterFacebookInstagram

Lisa Cortes and Farah X are award winning directors, producers, and editors. Both women co-directed the Netflix documentary: The Remix: Hip Hop X Fashion. Tribeca Studios had reached out to the film-making industry for ideas on creating a film on hip-hop fashion. Both directors were inspired to make a documentary that opened more eyes to the contributions made by women in the hip-hop fashion industry. They were able to appreciate the beauty and effort that goes into the fashion. Farah sees hip-hop fashion as an important part of African-American culture.

Lisa Cortes has always been interested in the power of stories. Before making the switch to film, she worked in the music industry for many years. These days, she enjoys musical artists such as Megan Thee Stallion.

The career change allowed her to appreciate the continuum of voice and the representation in the entertainment industry. What she most enjoys about the film industry includes the process of creating and collaborating.

As a high school student, Farah X started off in front of the camera. Her image drew others to suggest that she look into modeling. Once she had an agent, Farah went on auditions, was booked in music videos, for magazines, and made her way as a model in Paris and London. The experience allowed her to realize she preferred making magic behind the camera.

At 19 years old, Farah knew she wanted to direct music videos. She was drawn to music and how a person can tell a story using music and imagery together. She fell in love with editing music videos and watching the stories behind the music unfold. Farah was accepted into film school, where her love for creating grew. At school, she was gifted with new resources, film, and camera equipment. A friend assisted with pulling together money for the project, as well as setting up the equipment. Once complete, Farah submitted the music video to film festivals where it received much praise and recognition.

When the music industry collapsed in the 80s and 90s, she looked  into creating music videos as a career. She went on to work with icons such as Mariah Carey, Beyonce, and the late Prince. Her favorite music groups today center around Radiohead, LCD Soundsystem, and Joy Division.

Farah is currently editing a new documentary. Lisa is currently finishing up the upcoming documentary, All In: The Fight for Democracy. It will be released on Amazon in September 2020.

Lisa encourages those who wish to direct and edit films or music videos to always be a student; be open to learning and growing. It is an important part of the journey.

Farah advises others of the need for passion, persistence, and hard work. It took her 20 years to realize what she truly wanted to do was make documentaries. The journey a person takes might lead them to where they were meant to be in the first place; somewhere different than where they thought they wanted to be.