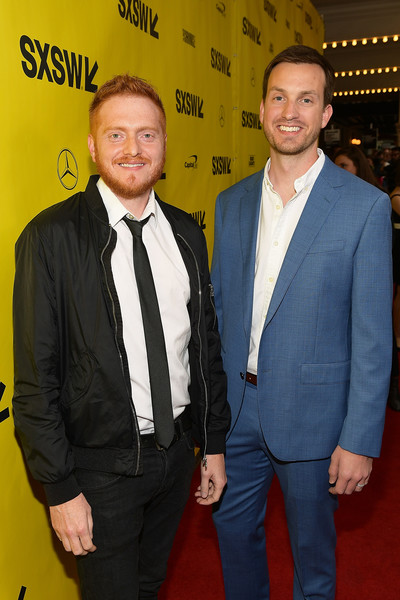 Reel 2 Real on May 26, 2018 0Likes At The Movies
ShareTwitterFacebookInstagram

Scott Beck and Bryan Woods are the screenwriters for the film A Quiet Place. John Krasinski starred and directed this film and his wife Emily Blunt co-starred also his wife Evelyn. This film is about bringing a family together through a past filled with tragedies. Their world is unlike our world. Both Beck and Woods talk with  about the writing, brainstorming, and the origins of their incredible friendship.

ATM: Explain to us your initial vision for this film.

SB & BW: We always imagined that John’s character was trying to be the protector in the film. While also concentrating on this, there was always a disconnect in the family. There was this unspoken tension between him and his daughter because of the tragedies that occurred. That was really the bark for both of them to overcome. Bryan and I felt that the Evelyn character was much more about proving hope and nurture in the family. Evelyn’s character being pregnant in the film was kind of a sign for them to move on in a world that was sad and did not have much hope.

ATM: Who was behind the inspiration for writing this screenplay?

SB & BW: It really dates back to silent films for us. We came up with this film almost a decade ago. We have been fans of this genre of films since we were kids. We also always thought it would be interesting telling a genre tale using pure visual techniques in addition to sound design. This is much a part of storytelling than visuals.

ATM: Tell us the number of rough drafts A Quiet Place went through.

SB & BW: The process was a little different. It was a silent movie. We wrote 15 pages of this film that included all the major features of the film. This version included inside the family, the pregnancy, to the very end of the film, kind of the emotional catharsis. Once we had written this 15-page version of the script, Scott and Beck I decided to just write the feature. We went through a lot of versions. We sold the draft to Paramount. Next, Scott and I did another rewrite for Paramount that expanded the story in a few directions.

ATM: When did you become intrigued with writing horror screenplays?

SB & BW: Scott and I have been lovers of films and horrors since we were little kids. We both met at 12 years old in middle school. We were both sitting at the same lunch table and also making movies with our action figures. Scott and I ended up combining forces. One of the first movies that we made together was a terrible film called the Sleepover. This was about kids who had a group of kids over for a sleepover and aliens invaded them. It was very adorable because we were 12. It was around this time we decided to keep making movies.

SB & BW: I would say we learned the most about how horror works an audience. When we started out we tried to figure out the things that scared us. We wrote several scripts, wrote, and directed other movies. We got to learn how the audience interacts with the film.

A Quiet Place, there is a scene with a nail with Emily Blunt’s character. This is a scene you write on a page already knowing the potential of how that can affect an audience. To figure out whether they squirm in their seat or not. When you see this played to an audience it is confirmation that it paid off.

ATM: Take the world through a day of writing this screenplay.

SB & BW: Earlier in the process we would pitch each other ideas about what people would like. Also, asked ourselves what is something scary about this family. We wrote in separate rooms. Some days are different, we woke up early feeling exhausted. Other days, the writing did not come in easy. If we got writer’s block, then we watched a movie to try to get up excited about the material again. For us, it was to work as hard as we can and have a lot of projects to work on. So, if we got stuck on a project, then we could shift gears for a while.

Another thing that was challenging for Bryan and I was that this script was only 67 pages, which is considered short by virtue of not having dialogue. The challenge was how do we make this interesting on a page to feel as alive and possible in script format as it would in the final film. We played a lot with the style of the screenwriting. Day to day we used Photoshop to incorporate different pictures in the script. In the monopoly scene, we photoshopped the monopoly board into the script.

ATM: Did the actress that played Ragan meet the same exceptions as her character written in the script?

SB & BW: Yes. The character was always deaf. The whole standard in our minds was if we would cast a deaf actress. John and his casting director was extremely passionate about this, which led them to find Millie who plays Ragan. She had was in Tom Hanks Wonderstruck last year. Millie is so talented and so good in the movie. She has credibility in the movie. She taught John, Emily, and Noah about her life experience and American sign language. We were very proud of her improvement. We also felt she really elevated the character in general.

ATM: What attracted you both to writing horror films?

SB & BW: Horror films have become exciting from a standpoint that is more daring than conventional. This is always the challenge to offer something different and unique to the audiences. Also, to make sure we all did our jobs. This goes back to making a film that did not have much dialogue. This is done by sound design and how it plays out to the audience. Outside the horror genre, we also hope that the film goes beneath the surface to discuss family and communication. Additionally, how important this is to maintain a healthy relationship and communication with others so it does not impede on our life.

ATM: How would you critique yourself as the screenwriters for this film?

SB & BW: We are very hard on ourselves. Scott and I are never sure if the piece of work we have done is working or not. We are our toughest critics. Weeks before A Quiet Place premiered at SXSW, we saw a rough cut of this film and was not sure how it would be received. You can come so close to the project, but you need to allow yourself to embrace whether or not is going to be a success or a failure. We always try to be objective as possible, but this is a hard question for us to answer. We learn something new and if audiences do not embrace it we apply this to the next film.

Beck and Woods film dealt with  family and sadness. Through their tragedies, the family might become closer than they imagined. Beck and Woods are currently writing and directing an upcoming film called Haunt. They were working this film while shooting their now released film A Quiet Place last fall. Hollywood producer Eli Roth is on board for producing the film. Both films share similarities but are unique in their own way.