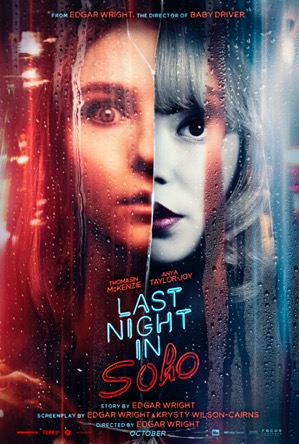 Sneak Peaks on May 25, 2021 0Likes At The Movies
ShareTwitterFacebookInstagram

Edgar Wright’s psychological thriller about a young girl, passionate in fashion design, who is mysteriously able to enter the 1960s where she encounters her idol, a dazzling wannabe singer. But 1960s London is not what it appears, and time seems to fall apart with shady consequences…

Focus Features will release LAST NIGHT IN SOHO in theaters on October 22, 2021

The Way I See It | Watch Trailer Now