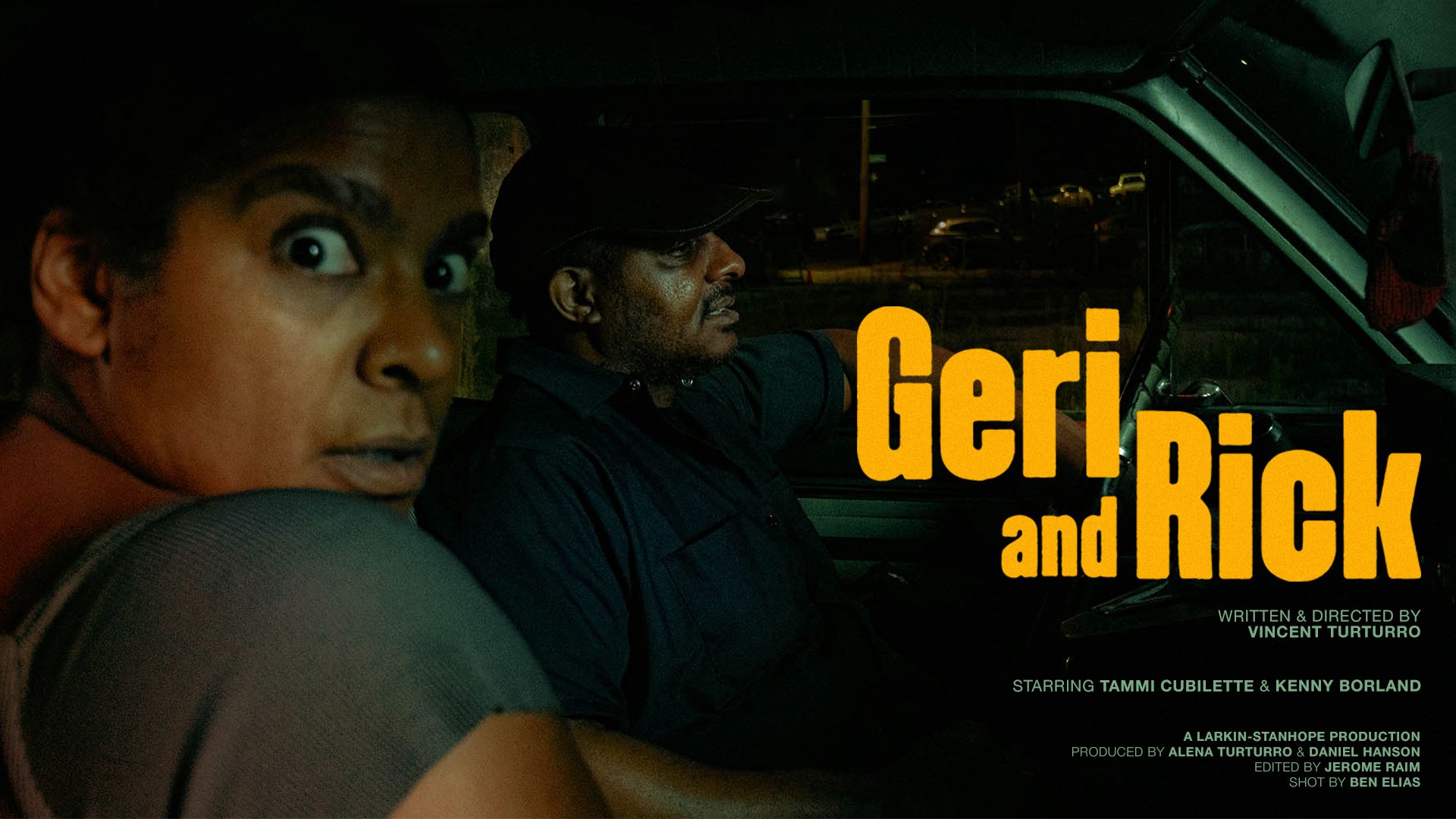 In Geri and Rick, two over-the-hill hustlers turn up in an old Rambler Wagon on the outskirts of New York
City. No more than superficial acquaintances before, they find themselves sharing confidences, reflecting
on past failures, and observing the shifting sands of their neighborhood – and the world at large. Their
time together culminates in an unexpected transcendent experience that allows them to set aside their
differences and make a human connection.

Starring as ‘Geri’ is Tammi Cubilette (“That’s Life”) and as ‘Rick’ is Kenny Borland (Victor Goodview);
who are joined by Zerabruk ‘Z’ Cavallaro, Giselle Fapohunda, Segun Fapohunda, and Baraka
Fapohunda.

Geri and Rick is written and directed by Vincent Turturro, and features Editing by Jerome Raim,
Cinematography by Ben Elias, and Assistant Director Zerabruk ‘Z’ Cavallaro. Featuring the songs of
Odetta and Jimmy Scott. Original music is by LEODEN.