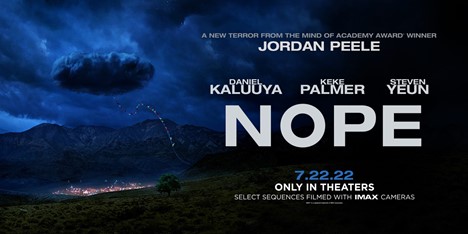 Who do we call upon in today’s time as the “greatest film director of all time” or the “most influential” in cinema? The most accessible choices would be naming several rapidly due to their film masterpieces such as Francis Ford Coppola, Stanley Kubrick, Quentin Tarantino, Akira Kurosawa, Steven Spielberg, Martin Scorsese, or one of the godfathers of cinema history, Alfred Hitchcock. Each of them reinvigorated the art of moviemaking because each took audacious tactics to revamp how audiences could enjoy the theater experience constantly.

In today’s time, directors must challenge themselves to do the same. Several stand out noticeably, such as Edgar Wright, Alfonso Cuaron, Taika Waititi, Denis Villeneuve, Chloe Zhao, and Ryan Coogler. Their flavors muster unconventional storytelling and innovation. One name that has stamped itself on some fantastic works as of late and continues to distribute stellar material is Jordan Peele.

Peele has etched his name in some recent horror and comedy works, most notably his comedy series Key & Peele, Mad TV, and his onscreen (and behind-the-camera) roles in Keanu, BlacKkKlansman, Toy Story 4, and the new Candyman film releasing this month.

But, when looking at the two films he wrote and directed, he instantly moves from an independent filmmaker to one of the most influential in today’s era. Get Out, and Us are masterpieces that spew shocking social critiques on America’s history and how those elements are still carried forward in today’s time. And it is not necessarily about comparing him to Spielberg or Hitchcock, but how Peele has mastered the film craft with his mise-en-scene. He avoided the “sophomore slump” that has disrupted many aspiring filmmakers and encompasses a sense of versatility in the ever-expanding horror genre.

Get Out explores Afrofuturism, the aesthetic and philosophy of the developing intersection of the African race as a technology. The protagonist Chris, played by the brilliant Daniel Kaluuya, stumbles upon his girlfriend’s mother’s hypnosis, leading him to the “Sunken Place.” A void of space, where he cannot control his actions but rather act as a “passenger.” And when examining Chris’s floating body, it immediately ushers in a recurring theme that America is a gravesite for black culture. Emmett Till became lynched, the Omaha race riot of 1919 occurred, young black folks disappeared for profit, and the government refusing to dismantle the Plessy v. Ferguson case that endorsed white supremacy for decades.

Peele cleverly explores a paradox concerning slavery because slavery in its first days never had anything to do with race. Race became a concept because of the theft of black bodies, which further progressed as white folk dismantled Natives, colonized Mexicans, and destroyed the lives of Chinese and Japanese. Thus, Get Out is a metaphor for the vanishing Black American culture. How exactly can black folk “freely” continue to coexist on a colonists’ land where their brothers and sisters bled gruesomely on the same soil? The work alone solidified Peele as a genius, and it would bolster his confidence when distributing his daring second masterpiece, Us.

Peele’s second inventive work explores the themes of classism and marginalization exceptionally. The “tethered” folk become a metaphor for the social inequality America has dealt with for generations. The wealthy live freely and preside over others, while those residing at the bottom are eating scraps and subjected to the treacherous rulings of the rich and powerful. As Peele sees it, the exploration of privilege explains how entitlement and ignorance continue to blind our preaching of exceptionalism, leaving many others in despair and constant misery.

And as explained last year, the duality theme in the film implores many to question whether there is an evil side in them ready to lash out. Like the scissors and doppelgangers’ presence, there are two sides of a coin to every human being. The feature is momentous; having shown Peele’s Get Out was no fluke. Us is the epitome of America’s situational classism, where the lower classes are trapped mentally and physically and persistently shunned.

His upcoming third feature, Nope, is guaranteed to draw eyes because Jordan Peele has proven himself even in the day and age of rampaging, loud Hollywood blockbusters. He stands as a true auteur, something that rarely stays seen in the modern age of cinema. Coupled with the return of Oscar-winning performer Daniel Kaluuya and his third attempt in the horror genre ensures the public will place trust in him to deliver.

Assuming Peele has another masterpiece on his hands with Nope, he will cement his legacy and could even one day join the ranks with some of the greatest filmmakers of all time.