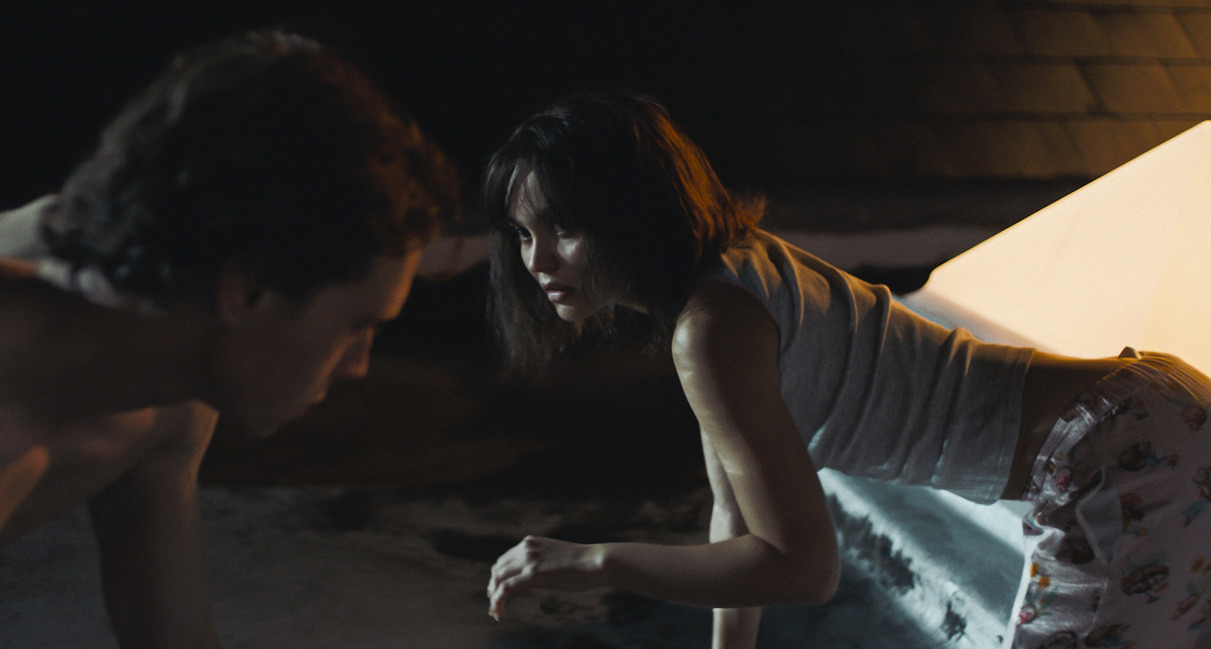 Movie Reviews on December 1, 2021 0Likes At The Movies
ShareTwitterFacebookInstagram

What a turn George MacKay has had; going from starring in Academy Award-winning war-drama “1917” to the character study, “Wolf.” The two roles he is most known for could not be more different, and “Wolf” is a great opportunity for MacKay to continue cementing himself as an established star. “Wolf” as a film, on the other hand, is a bit of an uneven ride when it comes to execution. Strong in its performances and originality but lacking in execution and pacing holds “Wolf” back from being something truly unique.

George MacKay stars as Jacob, a boy who believes he is a wolf trapped inside of a human body. He begins wanting to truly be cured, doing his best to avoid giving into his animal tendencies for a good portion of the early part of the film. But around halfway through, he gives in to his animal instincts. The moments where MacKay crawls on all fours, seething from the teeth, are equally hard to watch as they are captivating. Lily-Rose Depp also deserves a round of applause for her performance. Her character, Wildcat, is more layered than Jacob. She is a prisoner of her own device, and likely will be for eternity. One of the doctors likes to remind her of what happens to girls like her outside of the facility; implanting enough fear into her that will never allow her to be fully free. The moments MacKay and Depp share give “Wolf” the arthouse feeling it is going for, and are by far the most tender notes the film has to offer.

MacKay’s performance keeps eyes glued on him, but Paddy Considine steals the show when on-screen. Considine plays the zookeeper of the facility where Jacob is left. The zookeeper tries his unusual, and often times unethical, tactics to break the patient’s allusions of being an animal. Some of these tactics include pushing them to their extremes, as seen in one kid who believes he is a rodent of some sort. The zookeeper insists that he climb a tree, leading to the kid breaking a nail off clean during his fall. Another example is almost forcing a girl, who believes she is a parrot, to jump out of the second floor of the facility. Considine’s zookeeper is able to flip the switch when talking to parents and patients, going from someone who seemingly just wants to help to an abuser on a dime like that Chris Paul meme. Considine’s time to truly steal the show, however, comes towards the end when he must contain all of the patients who are having an episode. He mimics their animal habits to their faces to the point that they break out of their trance. While the performances are strong, the pacing is uneven for a 98-minute thriller. The slow-burn start works well, but the middle of the film drags before picking back up in the final act.

The biggest strength of “Wolf” aside from its acting is that it stayed the course and refrained from simply being a “body horror” movie. The trailers may have sold a certain type of movie, one that could possibly show MacKay actually becoming a wolf, and while misleading trailers can usually be frustrating, focusing on Jacob makes “Wolf” feel like the high-concept character study it sets out to be.

“Wolf” will be released in theaters on December 3.