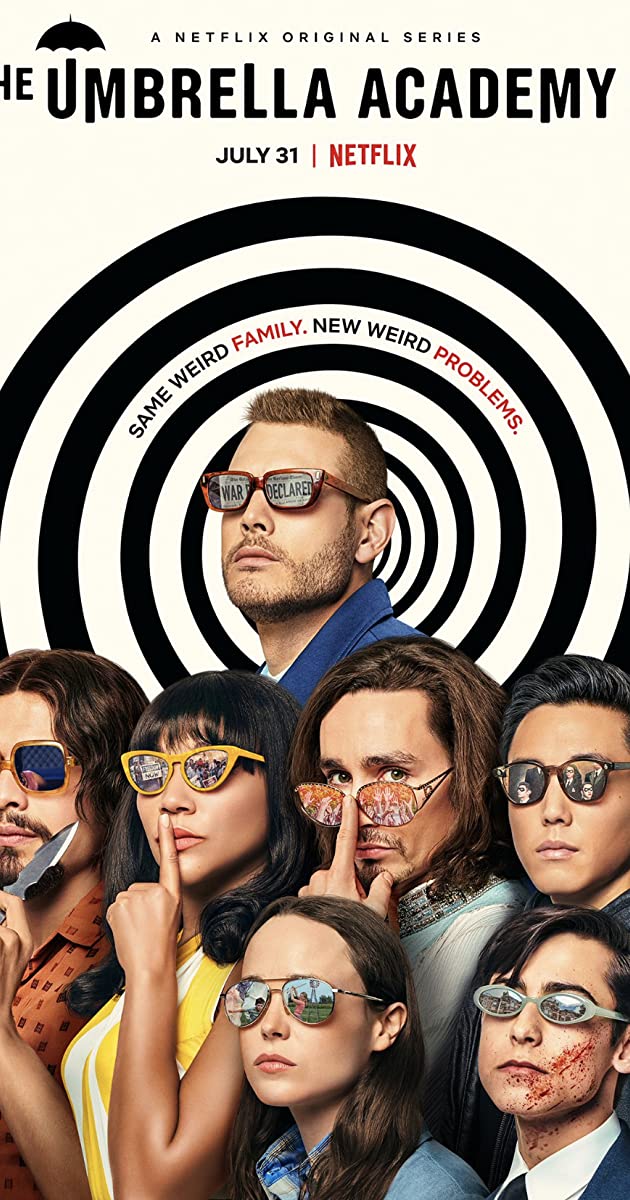 Movie Reviews on August 10, 2020 0Likes At The Movies
ShareTwitterFacebookInstagram

The most pervasive “lesson” in action films today is the value of teamwork, and that family is the most important thing. From Marvel to the Fast and the Furious films to the 2016 Ghostbusters sequel, the power of family is constantly flaunted. Occasionally though, there comes a show or film that completely subverts established tropes. These movies and TV shows can even be original to the point that they forge their own paths, going in unique directions and setting new precedents for future entertainment to emulate. The Umbrella Academy does none of these things. It’s similar to many things you’ve seen before, but it’s still a more than adequate show that’s definitely worth your time.

The Umbrella Academy comes from writer Steve Blackman, whose credits include Bones, Fargo, and Altered Carbon, and is based off of a comic of the same name written by Gerard Way. It stars Ellen Page, Tom Hopper, and several other actors as a group of adopted siblings, raised by eccentric billionaire Sir Reginald Hargreeves. Each of the Hargreeves children, excluding Ellen Page’s character, has a unique supernatural ability, and it was for that reason that Hargreeves sought to adopt them in the first place. When their adopted father dies under mysterious circumstances and their long-lost brother “Number Five” reappears, the Hargreeves family must learn to set aside old grudges in order to solve the mystery of their father’s death, and save the world in the process.

Immediately the show’s visuals manage to impress. Many shows of this scale suffer from lackluster special effects (e.g. Gotham)but this doesn’t seem to be the case here. While by no means the same level as an Avengers movie, the visuals manage to excite while being non-intrusive, with the exception of one uncanny CGI chimpanzee. The visuals in turn help to bring The Umbrella Academy’s oddball world to life. Everything, from the somewhat goofy costumes to the oddly ornate setting (when in Hargreeve’s mansion), to the eccentric characters, gives the show a fun and vibrant atmosphere. Fans of shows or movies like Guardians of the Galaxy or Amazon’s The Boys should feel right at home.The show additionally handles its information well. You’re rarely bogged down in exposition, but still given enough  to understand the states characters are in, while still being eager for them, and you, to unravel the mysteries and learn more. The characters of The Umbrella Academy are largely well-written and well-acted, and the family drama works well at all times and without becoming too heavy handed.
If there had to be one primary flaw with The Umbrella Academy, it would be the sense of familiarity. Anyone who’s seen a science fiction or superhero movie in the last ten years will experience at least a fair amount of déjà vu. While fans of Guardians of the Galaxy will feel at home, they might feel too at home at times when confronted with yet another family of zany characters accompanied by a soundtrack that borrows heavily from licensed music.

Similarities with other shows and movies are worth noticing, but not worth depriving oneself of a perfectly good show otherwise. The Umbrella Academy is well-written, well-acted, and has a fun and off-kilter atmosphere. Fans of superhero media today will get a lot out of this show, regardless of any feelings of familiarity they might undergo while watching. Even people who aren’t interested in superheroes or action will still appreciate a quality family drama. The Umbrella Academy serves as proof that while innovation is important, it isn’t necessarily vital, and that using established tropes well only goes to show why these tropes exist in the first place.