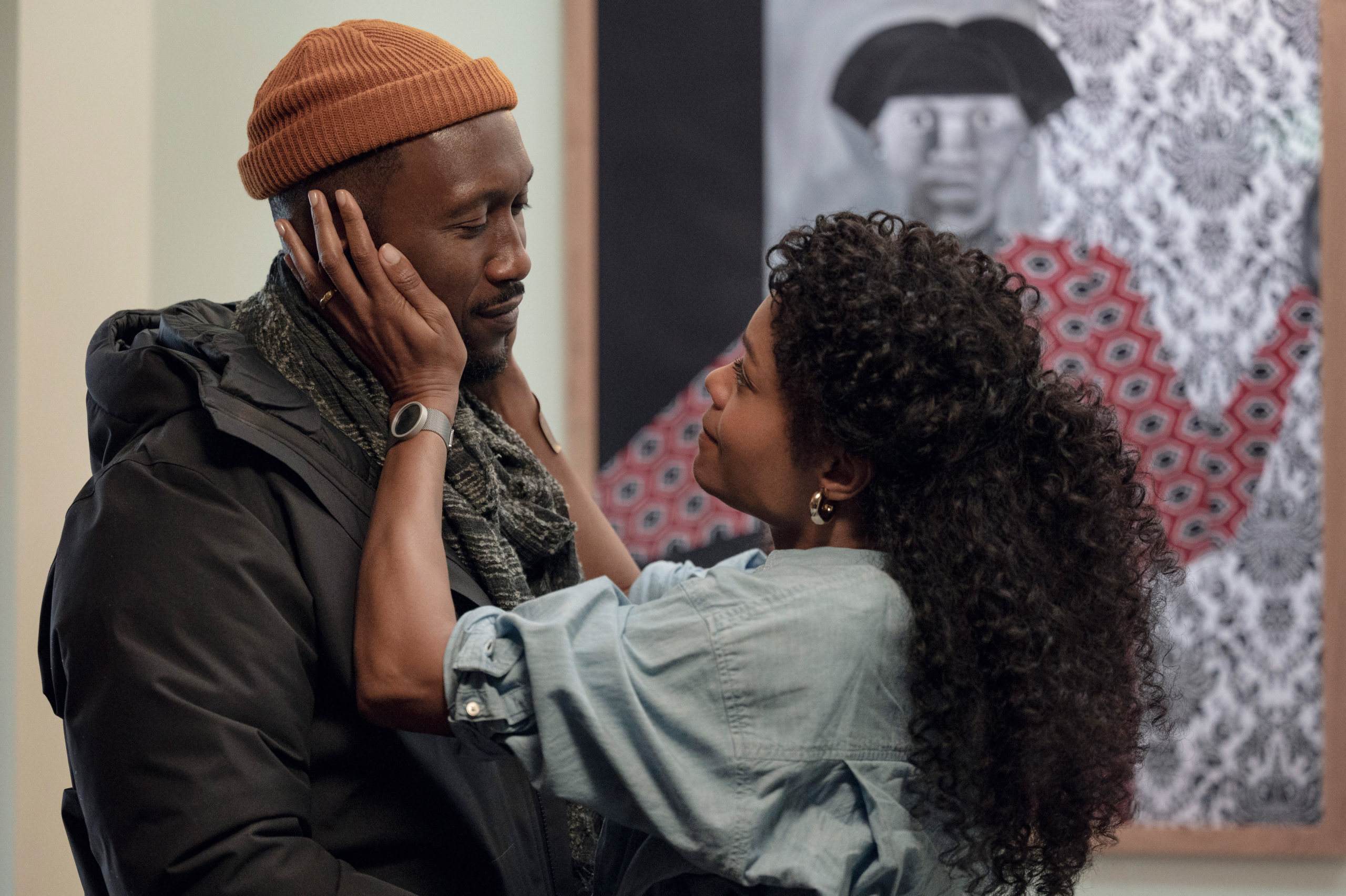 Interviews on December 15, 2021 0Likes At The Movies
ShareTwitterFacebookInstagram

You may know Naomie Harris from her turn as Eve Moneypenny in the last three Daniel Craig-James Bond entries, “Skyfall,” “Spectre,” and “No Time To Die,” or her role alongside “Swan Song” co-star Mahershala Ali in “Moonlight.” Harris’ role in “Swan Song” is heartbreaking; as her character, Poppy, is completely unaware of the choice her husband, Cameron (Ali), is faced with.

I had the opportunity to meet Harris over Zoom during the “Swan Song” press day. She wasn’t appearing on-camera for any interviews, but she gave me some of the most insightful and honest answers that I have ever experienced during these press junkets. She was so warm and honest that it felt as if we were meeting face-to-face. I talked to her about working with Mahershala Ali again, their chemistry, and what her character would choose to do if she was faced with the same question as Cameron.

First, Naomie, [it’s] nice to meet you. Congratulations on the film [“Swan Song”]. The first thing I wanted to ask about [and that] really stood out [is] your chemistry with Mahershala in the film. I love that the film kind of showed good moments, bad moments, [and] everything in between. What do you think kind of led to this chemistry? I mean, you guys are obviously both great actors, but there’s just something different about your on-screen chemistry.

Really? Was the [chemistry that great?] I haven’t seen it [the film] yet. So, um, I’m really excited to see the movie. But that’s great that we had such great on-screen chemistry.

I mean, I deeply, deeply, respect [Mahershala] as a performer and also as a person as well. And, you know, Mahesh wanted to work with me on this movie. So I guess he, you know, feels connected to me as well. And I think so what was so wonderful about it was that, since we had this connection already, which we’d obviously, met each other and knew each other well, as a result of being in “Moonlight” together, we were able to kind of deep dive into the material and we didn’t have this kind of period of getting to know each other. Cause we had already had this relationship. So, maybe that’s what shows on screen that we were just really diving deep together into the material. We didn’t rehearse, and we didn’t really talk about the material together either. We both don’t really like a lot of rehearsals and we don’t like a lot of talking about the script we just like to get on with it and, you know, find stuff in the moment.

I don’t need to know what’s in the film ultimately, and what’s not, I, what stands out to me was. Um, well, actually there, you know, I think what is, uh, there’s a few things that stand out. I think the improvised station and moments, because there were so many scenes that were improvised. Um, so they were like really tough because, um, I’m not used to doing improvisation.

I haven’t done improvisation since I was in drama school. Um, and so you kind of, it’s kind of like acting without a safety net because the script is your safety net. Right. And it’s your guide. And, um, but there’s something so wonderful. So about improvisation, because you just don’t know where it’s going to go.

It could go literally anywhere. So I think those scenes were really tough, but also very rewarding and very fun, like kind of like being on a roller coaster. Um, so those were great. And then there’s a scene in the movie, which again, I don’t know if it ended up in the movie, but, um, I I’m reading a poem, which I think is about my brother.

Well, my brother’s favorite poem and I read it to my hush there, and it’s a really emotional scene and we both kind of break down. And, um, I just remember that being a very special scene because it was a real moment of like SU. Being super vulnerable with each other and, and really connecting and me realizing like, wow, okay, we’re both going to be super raw.

And in, in this process, you know, we’re going to like leave nothing behind and everything is on the table here. And that I felt like I was going to be fully supported in that with my head.

Really quick, I just want to ask if you were in Cameron’s shoes, what would your decision be? Would you decide to go through with this carbon copy of [yourself]?

I just think that there were extenuating circumstances that made Cameron make that decision, right? The decision that, you know, he, he was forced by the fact that Poppy’s pregnant. Poppy’s lost her brother. And the backstory is that, which we don’t see explored in the movie is that Poppy has also lost her parents. So there are reasons why he makes that decision because he really thinks that she couldn’t cope with any further loss. So I understand why he makes that decision. But for me personally, I think that loss is part of life and there are gifts to be found in loss. And so depriving someone of that loss is not something that I would personally choose to do, but I do understand the decision he makes.