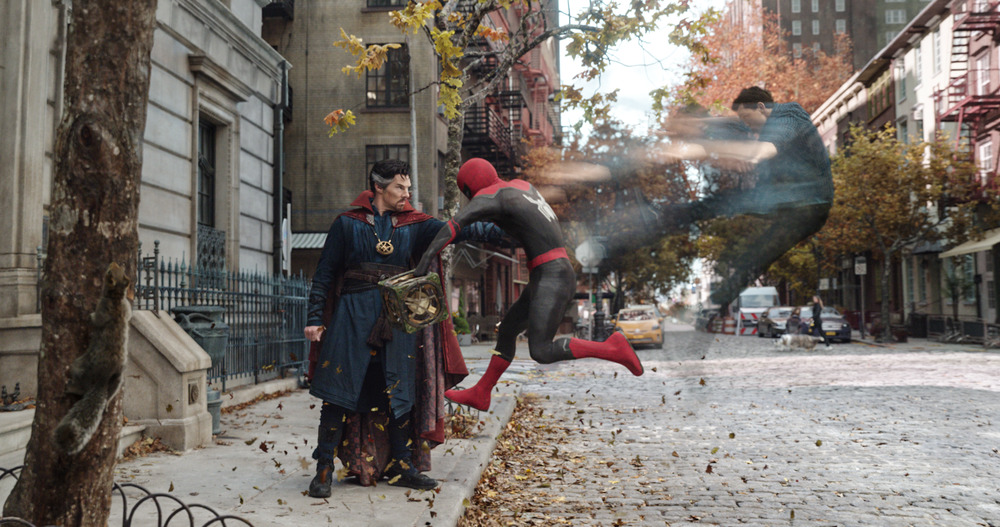 Entertainment News on December 26, 2021 0Likes At The Movies
ShareTwitterFacebookInstagram

“Spider-Man: No Way Home” may have taken a huge 68.7% drop in its second weekend, a record for Marvel movies, but it still grossed an estimated $81.5 million domestically. Its domestic haul now sits at $467,331,855 through two weeks, and it has now crossed the $1 billion mark in less than two weeks. “No Way Home” has a total gross of $1,054,431,855 and is the first film since 2019 to cross the billion-dollar mark — the previous installment, “Spider-Man: Far From Home” was the last — and is close to breaking the worldwide gross of “Far From Home” ($1,131,927,996). When “No Way Home” passes by “Far From Home” at the global box office, it’ll become the highest-grossing film in Sony’s history.

“The Matrix Resurrections” had a disappointing $12 million opening ($22.5 with the Wednesday opening). The fourth entry in the “Matrix” franchise was available on HBO Max on the same day in all fairness, but the spectacle was not enough to draw people in. “The King’s Man” also had a disappointing opening. It’s a prequel for the successful “Kingsman” franchise that stars Ralph Finneas. Its critical response hasn’t been great, it has a mere 43% of critical approval on Rotten Tomatoes, and perhaps the franchise has run its course. Either way, an opening of $6,350,000 is laughable, even if Disney has seemingly sabotaged Fox properties as of late.

The Kurt Warner biopic, “American Underdog,” opened to $6.2 million. While the distributors are different, another football biopic, “The Blind Side,” opened with $34 million way back in 2009. A $6.2 million opening is unlikely to move the chains for Lionsgate, and the biopic will likely be forgotten as quickly as the fact that Kurt Warner was benched for Eli Manning in 2004.

There were some other smaller releases, Apple and A24 are yet to release the numbers for “The Tragedy of Macbeth,” Denzel’s second movie this weekend, which opened in select theaters ahead of its premiere on Apple TV+ on January 14. “Parallel Mothers” opened in just three theaters, presumably in NY and LA, and made $41,076. Penélope Cruz and Rossy de Palma star in a drama about two mothers who give birth on the same day. The film has received some awards talk recently, specifically for Cruz, and it will likely expand sooner than later. The average of $13,692 was second only to “No Way Home” ($18,796).

We are now approaching the time of year where major releases begin to slow down. “The 355” is next up, but that doesn’t open until January 7. That gives moviegoers some time to catch up on all of the releases, not just “No Way Home” for the umpteenth time. On behalf of At The Movies Online, we hope you had a Merry Christmas and have a Happy New Year!

Bron Studios On Board To Produce and Finance FONZO