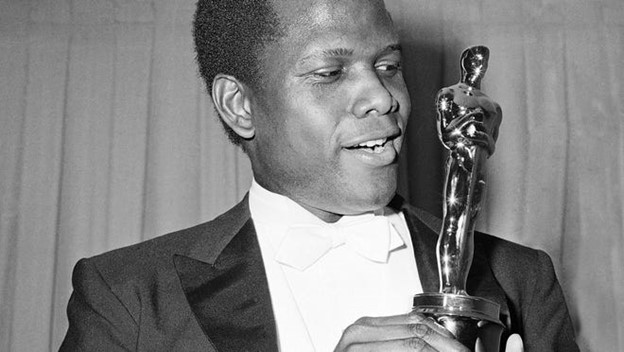 Sidney Poitier, the first black person to win an Academy Award for Best Actor, has tragically passed away at 94.

Born on February 20th, 1927, in Miami, FL, he grew up in the Bahamas (a former British colony at the time). He enlisted in the Army during World War 2 but became discharged after witnessing terrible conditions within the hospital he worked. He worked as a dishwasher until finally landing a role in the American Negro Theater production.

His early career saw many reject due to his tone-deafness and accent. Poitier fought onward to refine his acting, and it led to more roles after his performance in Joseph L. Mankiewicz’s polarizing No Way Out. He committed more to racial stereotypical themed works such as Cry, the Beloved Country, and The Defiant Ones. The latter got him a historic Oscar nomination (the first time a black individual was nominated for Best Actor).

In the same year (1964) that Martin Luther King Jr. won the Nobel Prize and Congress passed the Civil Rights Act, Poitier finally won the big one from Ralph Nelson’s Lilies of the Field. With this win, he became the first African American to win Best Actor and the second African American to win (after Hattie McDaniel’s supporting role in Gone with the Wind).

He continued with multiple roles and started directing in 1972 with his debut film, Buck and the Preacher. Poitier had also been a member of the board of directors for The Walt Disney Company and was appointed as ambassador multiple times. Denzel Washington has commented that he always will “chase Sidney…I’ll always be following in your footsteps.”

Overall, Poitier had transformed the way black folk appears onscreen. He stood as a leader in fighting racial bigotry and disgusting discrimination policies. At the same time, many ignored his activist stance and continued to chip away at America’s persistent proclivity for Black stereotypes. Poitier could not curb the creative direction for films, so he would step away from roles that did not align with his philosophies. Before his time, many black individuals had minimal-to-no screen time in shorts and full-length features. The colonialist thinking passed down for generations would not stop investing in devastating racial relationships.

Poitier, though, paved the way for many black individuals in films. He reshaped how Hollywood diversified itself from the late 1960s to today’s time. And former President Barack Obama may have awarded him a Presidential Medal of Freedom but claiming that Poitier “epitomized dignity and grace” and “opened the doors for a generation of actors” is one hell of commemoration for Sidney Poitier’s victory in assisting breaking down racial barriers.

May he rest in peace.