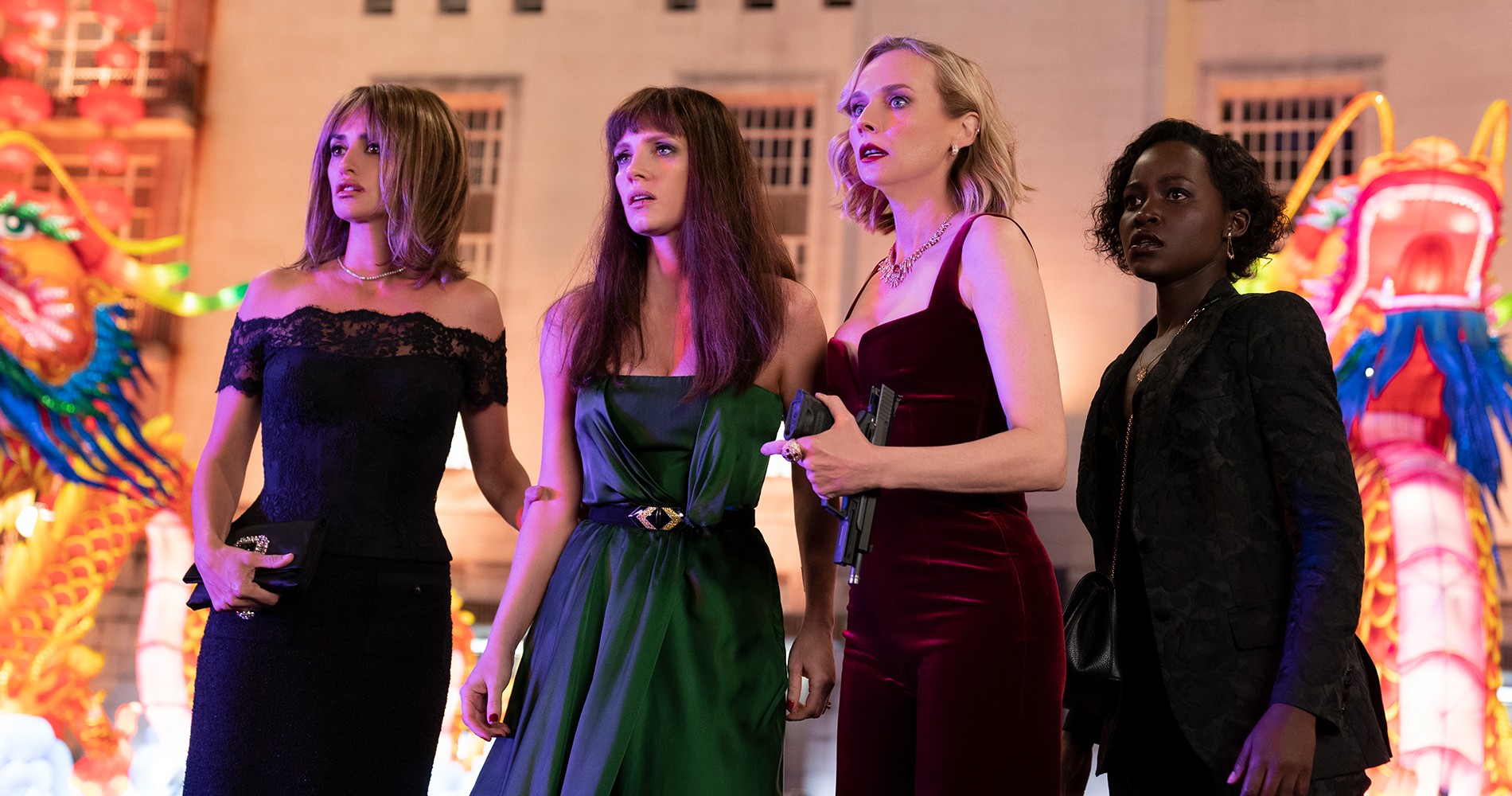 ‘THE 355’ Review: Chastain, Cruz, Kruger, Nyong’o, and Bingbing Assemble for The Team of Misfit Agents

Movie Reviews on January 6, 2022 0Likes At The Movies
ShareTwitterFacebookInstagram

Thank you, Zendaya, for giving one of the most useful quotes when writing about a film like “The 355.” In “Spider-Man: No Way Home,” she says something like, “Expect disappointment and you’ll never be disappointed.” I can’t say that my expectations for “The 355” were even remotely high, I knew that I was getting a low-stakes action-thriller with a team made up of misfits, with plenty of computer hacking, shootouts, and generic twists telegraphed like a Daniel Jones interception, but the fact that “The 355” failed to even get its own feminist themes across is disappointing, to say the least. The team dynamics are fine, with Cruz and Nyong’o being the lone standouts, but the thrown together plot made me yearn for some of the Chinese herbs that apparently forever take away all pain that Jessica Chastain’s character picks up when looking for pain killers.

For a film that tries oh so hard to knock home their point that can basically be boiled down to “boys drool, girls rule,” or whatever the juvenile statement is, “The 355” fails to get their point across without hitting you over the head with obnoxious dialogue. Perhaps it wouldn’t be as bad if “The 355” wasn’t directed by a guy (Simon Kinberg), but nothing about the rhetoric is conveyed in a way that is even somewhat interesting with the most egregious example of this coming in the form of Jessica Chastain sarcastically telling Sebastian Stan’s character that women “always need a man to explain things” or something to that effect. Imagine that instead of Olivia Wilde directing “Booksmart,” they hired Greg Mottola, who did “Superbad.” There’s nothing wrong with Mottola as a director, “Superbad” was a stepping stone for what “Booksmart” is, but I can almost guarantee that the leads of “Booksmart,” Kaitlyn Dever and Beanie Feldstein, would not be handled with as much grace and understanding as Wilde treated them with. I’m sure Kinberg is a nice guy, and while some films directed by men can display badass women (“Atomic Blonde,” “Kill Bill”), “The 355” didn’t really do that, with the sole exception of Lupita Nyong’o. And this is not some sort of anti-feminist rant; to be fair, I didn’t even know that it was Kinberg who directed “The 355” until the credits rolled, yet I still intrinsically knew that something was off in the message of the film. It felt like it wanted to scream like John Lennon on “Twist and Shout” at the tempo of “Imagine.”

Fan Bingbing in “The 355.” (Universal Pictures)

It’s not just the overall message of “The 355” that falls flat, the plot doesn’t feel a single bit original. After we meet “Mace” (Jessica Chastain) in the overly-used training sequence where she kicks all kinds of ass, we’re thrown into a plot where the CIA is attempting to find what I like to call, the “SuperHacker 2000.” or a chip that can hack anything (I think). The team slowly puts the misfit pieces together, adding Khadijah (Lupita Nyong’o), Marie (Diane Kruger), Graciela (Penélope Cruz), and eventually Lin Mi Sheng (Fan Bingbing). I guess the expression “the enemy of my enemy is my friend” does have a place in “The 355,” but could it have felt any cornier? The best part about the team is how it fills out the action movie stereotypes: “Mace” is the renegade who “loves the job too much” and is relentless in her pursuit, Khadijah is the one who is pulled back in after thinking she was out, Marie is the stoic “wise man” of the group who always knows what to say and how to say it, and Graciela is a family woman who is somehow roped into a ridiculous situation. I can guarantee that if you have seen a few of these types of action movies, you’re familiar with these characters and their motifs. There are also some twists (if you want to call them that) that are so obvious that I wasn’t sure if they’re supposed to even be big reveals. The rule of almost any movie is that if the death is not shown on-screen, that character isn’t dead. So it should come as no surprise that we a.) don’t see the death, and b.) the death occurs in the convenient “blindspot” of all cameras and satellites.

Sebastian Stan and Jessica Chastain in “The 355.” (Universal Pictures)

For as many boxes the characters check off, the action is equally generic. Do you know that stereotype of guys who drive sports cars obnoxiously (to compensate)? That is what the action scenes feel like in “The 355,” which are sprinkled with some fancy lateral movements and fast edits that make Michael Bay’s “Ambulance” look tame (though to be fair, the trailer for “Ambulance” is at least engaging). Chastain is surprisingly good in hand-to-hand combat scenes, but that is the highest point they reach. The sound mixing in these scenes is as loud as the motors on some of those aforementioned sports cars while the dialogue was like listening to mice in comparison. Don’t fret, as “The 355” also features a heist scene at an affluential auction à la the “Oceans” franchise.

I’m all for female-led action movies, but let’s just hope that “The 355” is not the precursor for what a female-led “Fast & Furious” movie will look like. The thing that the “Fast & Furious” franchise has going for it is that Dom Toretto and his family are already an established IP in a beloved franchise. “The 355” has clear ambitions to become a franchise, even setting up yet another movie where our protagonists reluctantly group together once again, but I think I’d pass in favor of another Liam Neeson early-year action movie (In fact, did you know he has one coming out in a month). I almost feel bad for loathing “The 355” as much as I did, but it was a mess and a complete waste of a cast of big names.