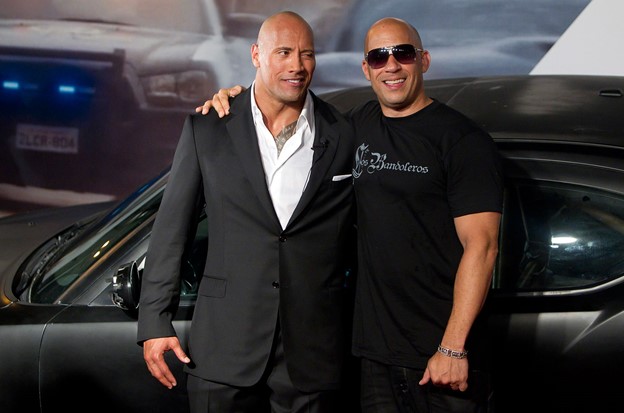 In November 2021, Vin Diesel went to social media to call out Dwayne “The Rock” Johnson to return to the finales of the Fast and Furious, bringing up his children and the late Paul Walker in his post. Johnson, however, shot it down immediately, claiming Diesel’s message as an act of “manipulation” and being disgusted by bringing up Walker’s death and his children.

Sure, the post might’ve been earnest (albeit very passive-aggressive) in trying to reunite both men, but Johnson claims that he spoke to Diesel and production executives in private that he would not return and wished the best for their future. It is a sad reality, but regarding the big picture, the over-the-top car franchise rose to the mountain because of Vin Diesel and the late Paul Walker. Johnson became a part of the bigger picture once Fast Five was released in 2011, and he would continue to have roles for the following three prominent films.

But in all practicality, shouldn’t have Johnson at least try to make a cameo of sorts (much like his appearance in Furious 7)? Furious 7 captured an impressive $1.516 billion, with Johnson having a massively small role (and it being Paul Walker’s last ride). The Fate of the Furious captured $1.236 billion (with the additions of Kurt Russell, Scott Eastwood, and Charlize Theron). Also, if one recalls, Dwayne Johnson’s Luke Hobbs has nonstop beef with Jason Statham’s Deckard Shaw, something that rolled out into those entries of the saga (plus, may I remind, a spinoff centered directly on both men in 2019).

F9 proved that it can still run the mileage and bring audiences in with a strong $721 million worldwide. But that is $38 million less than Hobbs and Shaw and over $500 million less than Fate of the Furious. John Cena coming along in the ninth installment as Dom’s (unknown estranged) brother Jacob works in his favor as a growing mainstream actor. Still, he is not at Johnson’s level in terms of marketability nor replaces Walker’s Brian O’Conner in a riveting fashion. Sung Kang’s Han return (which was heavily marketed around him getting justice) capitulated to a small demographic but not broad enough to interest all the public.

So now, with Han back (and some friends from Tokyo Drift), Brian retired officially, Jacob free and hiding away (temporarily), and Johnson’s Hobbs in a void, what kind of story will become whipped out now come F10? Yeah, there were rumors some of Walker’s brothers might have the CGI redone so Brian can come back in the finales, but that may lead to divisive results.

Vin Diesel and Co. will keep their cast and should be able to bring back Statham and Luke Evans’ characters, Cena, Theron, and Kurt Russell (plus other folks from the older installments) to wrap up this series on a high note. Maybe Gal Gadot’s Gisele is alive and will return too. But no Johnson appearance means that the finales will not have the entire potential profit possible.

Imagine an Avengers: Infinity War/Endgame scenario where the 10th chapter of the F&F pulled out all the names and stops and then left a cliffhanger to ensure the 11th chapter would be a “must-watch” for all fans. If Johnson was attached, that might’ve given one or both films a chance to try to reach $2 billion worldwide (assuming China can work with the rest of the world once again). But, since he’s out, Universal can only hope they might break Furious 7’s total gross with two shots left in their holster.

Even a glorified cameo of some sort would’ve given Johnson good advertising for his future films, as he has not had a blowout theatrical success since Jumanji: The Next Level. So we’ll see what Black Adam does for him come summertime.