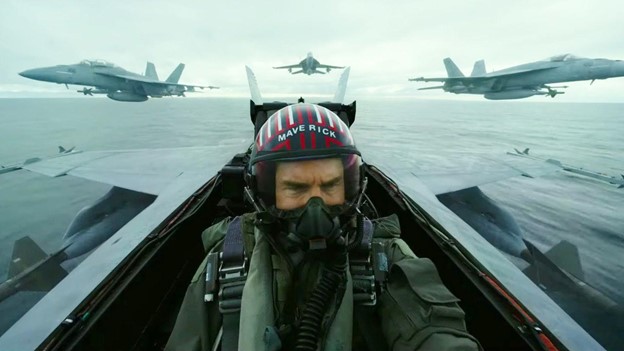 TOP GUN: MAVERICK WILL HAVE TO SAVE TOM CRUISE’S 2022 AFTER ANOTHER ‘MISSION: IMPOSSIBLE’ 7 & 8 DELAY

Paramount once again delayed Tom Cruise’s upcoming Mission: Impossible 7 & 8 films to the summer of 2023 and 2024, respectively. Both films have been delayed five times now, and it will be a long time before the marketing initiates and the features finally debut to the public eye. COVID-19 has impacted their stunt and effect teams, and how much filming was done at each location was needed.

The news comes after Skydance revealed it’s moving its first-look deal from Paramount to Apple (even though they will continue to work with Paramount on Mission: Impossible, Transformers, and Star Trek).

Not only do the Mission: Impossible films must make even more money now to cover all the delays and expenses, but Top Gun: Maverick will be on the cutting board once it arrives in summer. Tom Cruise has not had a single feature release since Mission: Impossible Fallout in 2018. So, he will have gone four years in the hope of creating something worthwhile again for the big screen. The sequel to the 1986 feature will have to combat a hefty summer with the likes of Doctor Strange in the Multiverse of Madness, Jurassic World Dominion, and Lightyear. Let’s hope it can salvage much of the setbacks Cruise has encountered for the past two years.