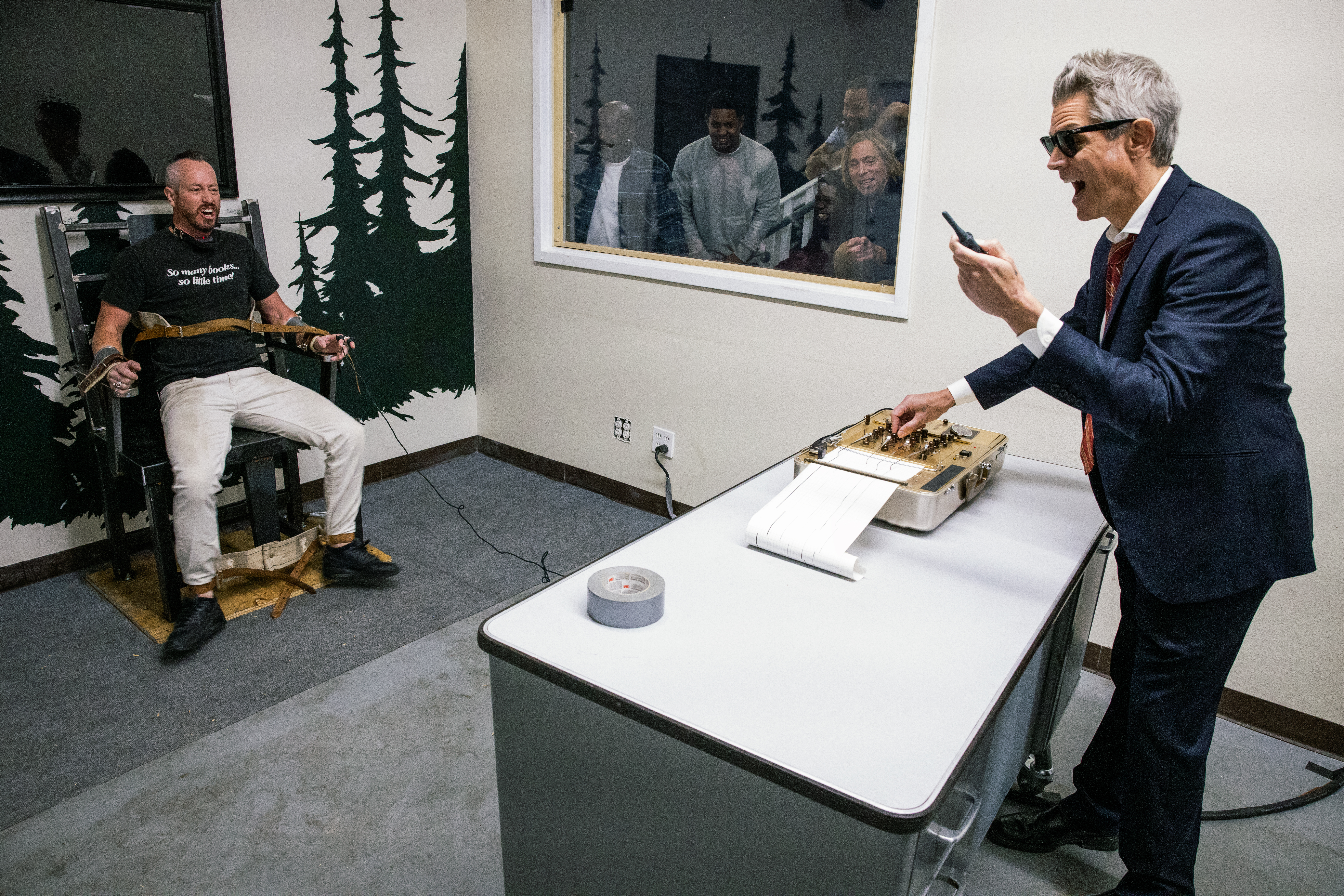 Entertainment News on February 6, 2022 0Likes At The Movies
ShareTwitterFacebookInstagram

Welcome to Jackass, Spider-Man. After “No Way Home” retook its crown from “Scream” the last two weeks, both “Jackass Forever” and “Moonfall” topped the web-slinger.

“Jackass Forever” had a $23.5 million domestic debut (with another $5.2 added internationally), which is the second-lowest opening for any of the movies in the franchise, though none of the other four had to deal with a pandemic.

Right behind that group of jackasses was “Moonfall,” Rolland Emmerich’s latest sci-fi romp, which finished the weekend with a $10,005,000 domestic haul. Now, in all fairness, Emmerich’s last sci-fi film, “Independence Day: Resurgence,” was backed with an IP, but “Moonfall” even falls behind Emmerich’s last directorial effort, “Midway.” With a reported galaxy-sized budget of $140 million, Lionsgate will have to hope for lightyears-worth of legs.

“Scream” (2022) has been a resounding success for a franchise that was hoping to ignite new life into itself after the disappointing (though, underrated in my opinion) “Scream 4.” The fifth installment in the franchise has now grossed $68,940,000 domestic and over $120 million worldwide, and while it is unlikely to leg out to the total of “Scream 3” ($89 mil domestic and $161 worldwide), it was a good enough effort (along with the critical response) to greenlight a sixth installment. Congratulations to those at Paramount for their efforts and success in keeping one of the best franchises out there going.

It was unlikely that “Sing 2” would ever catch the gaudy $634 million haul that its predecessor had, but the Bono-led sequel has quietly continued a great run since Christmas, totaling $139,577,925 domestically after seven weeks and reaching $291,543,925 worldwide. It should be noted that “Sing 2” had only just opened in the United Kingdom last week, making $9,203,341 in its opening weekend which is the highest opening outside of the US.

The final big story for the weekend was “The Worst Person in the World.” Shameless plug: but we have an interview with star Anders Danielsen-Lie available here. “The Worst Person in the World,” which in releasing in the usual Oscar eligibility cities of NY and LA, made $135,042 which is an average of $33,760 (good enough for the second per-theater average for a 2021 film behind “Licorice Pizza” and “No Way Home”). Don’t worry, it’ll expand to more cities following this opening, but an impressive opening just ahead of the Oscar nominations being announced on Tuesday.

Liam Neeson will be kicking butt and taking names this upcoming weekend, as his latest Q1 action flick, “Blacklight,” gets a wide release. That had to be the first film mentioned since the marketing has been nonexistent (But the film is good I swear!), and “Death on the Nile” and “Marry Me” will surely be in the conversation more this pre-Valentines Day weekend. At least you’ll be able to choose between Owen Wilson (“wow!”) and J-Lo getting paired up and Liam Neeson kicking all of the ass with his special set of skills.