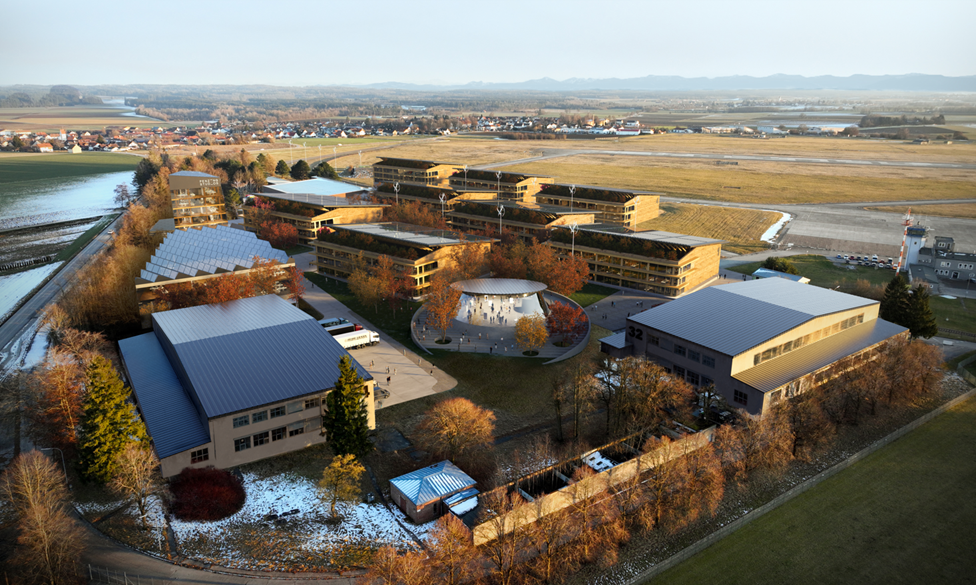 Penzing Studios has opened its doors in Munich, Germany

News on February 17, 2022 0Likes At The Movies
ShareTwitterFacebookInstagram

The global studio boom has arrived in Germany with the launch of Penzing Studios, a major new film & television studio facility at the former air base in Penzing, 30 miles west of Munich.

The first productions are already underway in the refurbished airplane hangars, including a full-scale virtual production stage, with further sound stages set to open in June.

The developers plan to invest an additional 100 million Euros in the next three years to expand the facility to 12 sound stages with 25,000 square meters of production space and 15,000 square meters of workshop and office spaces. With a particular focus on digital and virtual production, the new hub will also house post-production, visual effects, gaming, digital media, technology companies, educational opportunities, an event centre and auditorium, and hospitality infrastructure to create 1000+ jobs by 2025.

In partnership with leading global architecture firm Snohetta, Penzing Studios will be the world’s first zero-emission film studio. Based on Snohetta’s powerhouse concept, all structures added to the existing facilities will use rammed earth and timber to create an attractive and sustainable working environment.

Demand for studio facilities is rising globally due to the boom in content production set to grow at double-digit rates annually in the next five years and streaming companies increasing their budgets for local language content. A slew of significant studio initiatives has recently been announced in other countries. However, Germany’s landscape is limited to the Big 3: Bavaria Studios in Grünwald, Studio Babelsberg in Berlin, and MCC in Cologne, often booked at capacity.

A consortium of established German players spearheads Penzing Studios to offer a full suite of production services beyond facilities. Penzing Studios is already home to Germany’s first and Europe’s leading state-of-the-art virtual production stage HYPERBOWL. Established in March 2020, it is operated by one of the most experienced crews globally in this emerging field with 50+ successful projects realized. In addition, on-site services include stage design and set construction, transport, logistics, post-production, VFX, and co-producing services that aid productions in obtaining incentives, including the 25% DFFF tax credit and Bavaria’s international co-production fund.

The former army airbase in Penzing, a landmark which famously stationed GI Johnny Cash, shuttered three years ago. Late last year, assisted by Invest in Bavaria and supported with an investment grant for the Hyperbowl stage by Bavaria’s Ministry of Economic Affairs, Penzing Studios became one of the first major strategic projects to obtain government and municipal approval to develop and convert the site.

“Penzing Studios focus on innovative digital production technologies and its sustainability concept that makes use of existing facilities are the perfect use case for the type of infrastructure projects we want to attract to our community and revitalize this incredible property. Penzing’s idyllic setting and proximity to Munich provides an unmatched setting for creative endeavors and a highly-skilled workforce.“, says Penzing mayor Peter Hammer.