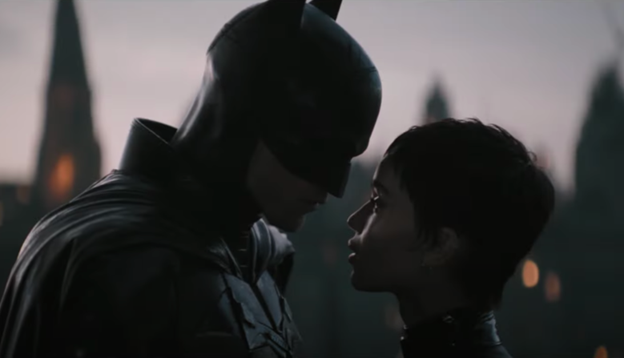 As we charge towards Matt Reeves’ The Batman this weekend, it might be worthwhile to note some exciting releases coming out later this year at the theaters. Tom Holland continues to hold strong ever since Spider-Man: No Way Home swung into theaters in December, and the Uncharted release continues to build his resume. The Godfather celebrated 50 years and earned almost $1 million this past weekend, putting its inflation-adjusted total at $742 million. HBO Max is soaring thanks to the acclaimed Peacemaker and Euphoria (the former will return for a second season). And the Oscars are weeks away.

Of course, this small list deserves some honorable mentions regarding films to look out on the bright side of things. That includes Top Gun: Maverick, Sonic The Hedgehog 2, Halloween Ends, Creed 3, Minions: The Rise of Gru, and several others. All these listed are sequels/threequels after their predecessors severely impacted the box office. Most can hope that studios will give them more flavor and personality (rather than striking the same beats for a cash grab ride-along). And we can’t count out several other directors returning for some glory a la Michael Bay charging along with special effects in Ambulance or Scott Derrickson stepping away from Marvel to return to his horror roots with The Black Phone. 2022 has a lot of ambition behind it, but here are several examples that are guaranteed to draw eyes this year.

The Toy Story franchise may be the most fantastic, animated franchise due to its heart, music, and superb storytelling. Everything about it makes one feel like a kid all over again (regardless of the years past). Instead, it subtly reminds us of the close connections (once) held between humankind and toys in a day and age of astounding technology and electronics.

Come summertime, we will witness another feature in the series. This time, it is a spinoff directly centered on Buzz Lightyear, the toy that invaded Andy’s room in the first Toy Story and made Sheriff Woody jealous because of his abilities. After sticking on the creative team for many past Pixar films dating back from A Bug’s Life to Turning Red, Angus MacLane will direct the feature in his directorial debut. Chris Evans will voice Mr. Lightyear in the spinoff, with other cast members such as Keke Palmer, Dale Soules, Taika Waititi, Peter Sohn, and Uzo Aduba joining him. Its teaser trailer is the second-most viewed Pixar trailer (behind Incredibles 2) within twenty-four hours. It promises to attain a more science fiction look than Toy Story’s heartfelt comedy.

The combined box office total of the franchise puts it at slightly over $3 billion. If Lightyear gets enough traction, it will push up to the second place for the highest-grossing animated series of all time. It would be challenging for the gold, but the Despicable Me series is having a feature of theirs release this summer, too (plus a confirmed fourth entry in 2024).

We’ll see how much Pixar can go infinity and beyond once families gather for its release on June 17th.

“Welcome to Jurassic World,” Dr. Ian Malcom said in the last feature four years ago. Can humanity stand as the apex predators now when facing history’s most fearsome (and known) creatures?

The sixth installment in the Jurassic Park series is upon us, and the trailer provided many insights as to what chance humans have when dealing with the return of the Mesozoic Era. Time and time again, they come to learn that dinosaurs cannot be tamed, and the big, monstrous ones are out to wreak havoc on the theme park (or, in this case, the world). Sam Neill, Laura Dern, Jeff Goldblum, and BD Wong’s onscreen characters once had their chance to deal with the dinosaurs back in the first installment. Now, 29 years later, they reunite alongside Chris Pratt and Bryce Dallas Howard’s characters to witness a new stage of evolution.

As with Spider-Man: No Way Home, Dominion benefits from nostalgia in multiple ways by having many of the old cast return with the present stars to tackle these creatures. And as we all know by now, nostalgia is something people will show up for (even if the results might be diminishing).

With mighty box office totals for its past two movies, it will also make a mark in the summer. It promises a lot of dinosaurs and fleeing action, with some intriguing discussions as to how two species can coexist with one another. At the end (even though this will not be the last installment), one will attain dominion. So the question is, who will stand tall come June 10th.

What? How is a live-action original film this highly anticipated in a year where sequels and spinoffs are the definitive money-grabbers? Well, two words: Jordan Peele.

Perhaps he is the last “new” marquee director of our time, as his name (much like M. Night Shyamalan’s) puts butts in seats at the theater. Calling him another Shyamalan isn’t an insult but rather a compliment because it demonstrates his creative, awe-inspiring direction as a rising filmmaker. He’s two for two already for his original, potent-concept horror films, Get Out (a black fellow meets his white girlfriend’s disturbing family for a weekend) and Us (a family and America become confronted by their demonic doppelgangers that once stood aimlessly underground). His third one, Nope, will be his attempt at horrors coming from the sky (something reminiscent of aliens?).

And that is precisely what makes this marketing incredibly enthralling. No one can reassuringly say what kind of story Peele is heading for this time around. Is it his take on extraterrestrial creatures? Perhaps it’s a combination of the elements in his first two films (with glimpses of a black couple and scary-looking folk)? Or maybe we’re looking too far into it, and it’s his take on other white colonialism and pop culture.

Get Out whipped out an impressive $255 million on a $4.5 million budget, while Us amassed the exact total with a $20 million budget. Probably safe to say that Nope’s budget will be higher, but if Peele miraculously lands at $255 million with this one, he probably should title his next feature after those numbers (joke aside, primitive titles have worked for Mr. Peele, after all).

Sure, many of us can speculate what direction Peele is heading for between the Western/cowboys’ themes to the scrolling text that evokes Stanley Kubrick’s The Shining opening logos to a disturbing remix of Stevie Wonder’s Fingertips song. But overall, this (one and only) trailer is worth a taste, and we might be in store for another masterpiece. Expectations are high for this individual, but hypothetically, if Peele is seven and seven for all his feature films fifteen years from now, he will be standing in a rare circle along with Stanley Kubrick, Akira Kurosawa and Alfred Hitchcock as a “once-in-a-lifetime” filmmaker.

Not too long ago, Jordan Peele was making comedy shorts with Keegan-Michael Key for Comedy Central. Now, he’s at the forefront of modern-day horror and genius symbolism revolving around suppressed populations (most notably the African American culture).

“What’s a bad miracle?” Well, if the answer doesn’t have the word “nope,” we all must be awaiting a dark cloud to follow us to our hometowns. All eyes are on one of the few live-action thrillers this year on July 22nd.

After thirteen years of one of the most generational films of this era, we will finally get our hands on a sequel to the world of Pandora.

In the original, Jake (Sam Worthington) experiences the freedom of the Avatar Program as he is a paraplegic former Marine and assists Neytiri (Zoe Saldana) to work with the Na’vi to protect their world. This time around, they’re together but must face a familiar force and explore the different regions of Pandora.

If one recalls, the predecessor became a behemoth for endorsing 3D animation and screenings and truly brought us into a new world in the unknown future to explore. Watching Jake take his first steps after being disabled espoused freedom and believability, and it toyed with imagination and wonder in many eyes. And subtly, it gives insight as to how capitalism and imperialism will pave the future of humanity. So one day, we might be relying solely on technology for our ambitions.

Please leave it to James Cameron, the same individual that launched the first two Terminator features, Aliens and Titanic. He might have stayed away from directing for years, but his creativity and themes are recognized by several each day.

The sequel to the highest-grossing film of all time, Avatar, will arrive in December.

#1 Anything Superhero-Related, Marvel or DC-Wise

This category would be at the top since it couldn’t be one movie (obviously).

2022 will be a year of action, thanks to the continued push of the superhero genre. Nine films will release in this genre in one year, plus all the TV shows headed straight to the streaming services like Moon Knight, Peacemaker, She-Hulk, and more.

Sony will release Morbius (finally?) come April with Jared Leto starring as the titular vampire. They have been gliding along beautifully since they released No Way Home in December last year, which has legged out so spectacularly that catching $1.9 billion worldwide may not be out of the question. Hopefully, this constantly delayed feature will live up to the hype and secure a strong debut as they continue to wring out all their bucks as they rebuild their colossal Spider-Man universe. If the Daniel Espinosa feature does succeed, Sony can relish knowing they procured two anti-heroes (Venom included) so far to challenge the famous web-slinger at some point down the line.

Meanwhile, the MCU wants to reclaim its stupendous crown after a gargantuan 2019 slate and a mediocre turnout in 2020 and 2021. Doctor Strange in the Multiverse of Madness, Thor: Love and Thunder, and Black Panther: Wakanda Forever are now must-sees after the heroes found themselves in compelling situations post-Endgame (outside of the tragic death of Chadwick Boseman). The public can trust Sam Raimi, Taika Waititi, and Ryan Coogler to deliver. Will they catch 2019 box office levels? Most assuredly not, but that’s a discussion for another day. Good luck to Disney/Marvel Studios, as they’re going full out on sequels this year.

Lastly, DC will play hardball this year. First off, major kudos to James Gunn and John Cena for getting a fun showing with Peacemaker on HBO Max. Now renewed for a second season, the DCEU can marvel at the success of its first tv show integrated into the universe. Dwayne Johnson will step up in Black Adam come to the summertime. This year, The Flash, Batgirl, and Aquaman and the Lost Kingdom will also join the slate. Hopefully, they can continue to push out better products compared to how the DCEU initiated almost a decade ago. And Matt Reeves’ The Batman is around the corner, pulling in excellent reviews and a solid projected weekend.

All in all, a remake, first-time solo stories, several sequels, and most notably, multiverse mayhem, are at the heart of the superhero films this year.

How many surprises can they each whip out?