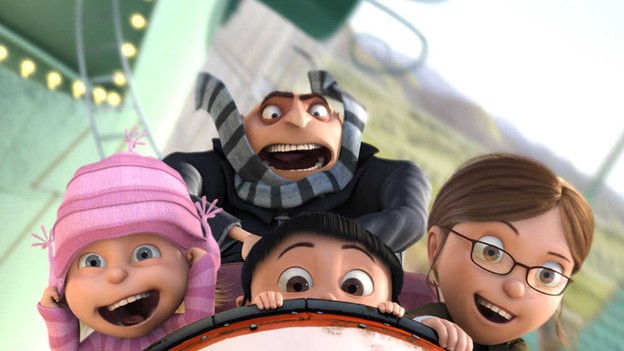 Gru, the girls, and the yellow minions are not done with us yet.

Universal Pictures and Illumination announced that the fourth chapter of the Despicable Me franchise is coming to theaters on July 3, 2024. Steve Carell, Kristen Wiig, Miranda Cosgrove, Pierre Coffin, and Steve Coogan will be returning to reprise their roles. No details have been released about the film yet, but we can expect some world-ending affair with the reformed supervillain Gru and his family to stop it.

Chris Renaud, director of the first two installments, will helm the fourth, alongside Patrick Delage. Chris Meledandri will produce, and Mike White will write the script (replacing Cinco Paul and Ken Daurio, who wrote the screenplay for the first three chapters).

Before we get this chapter in two years, we have the spinoff, Minions: The Rise of Gru, releasing on July 1 of this year. It follows Gru’s childhood journey as he attempts to join a team of supervillains, but the plan backfires when he and his minions steal a precious stone from them.