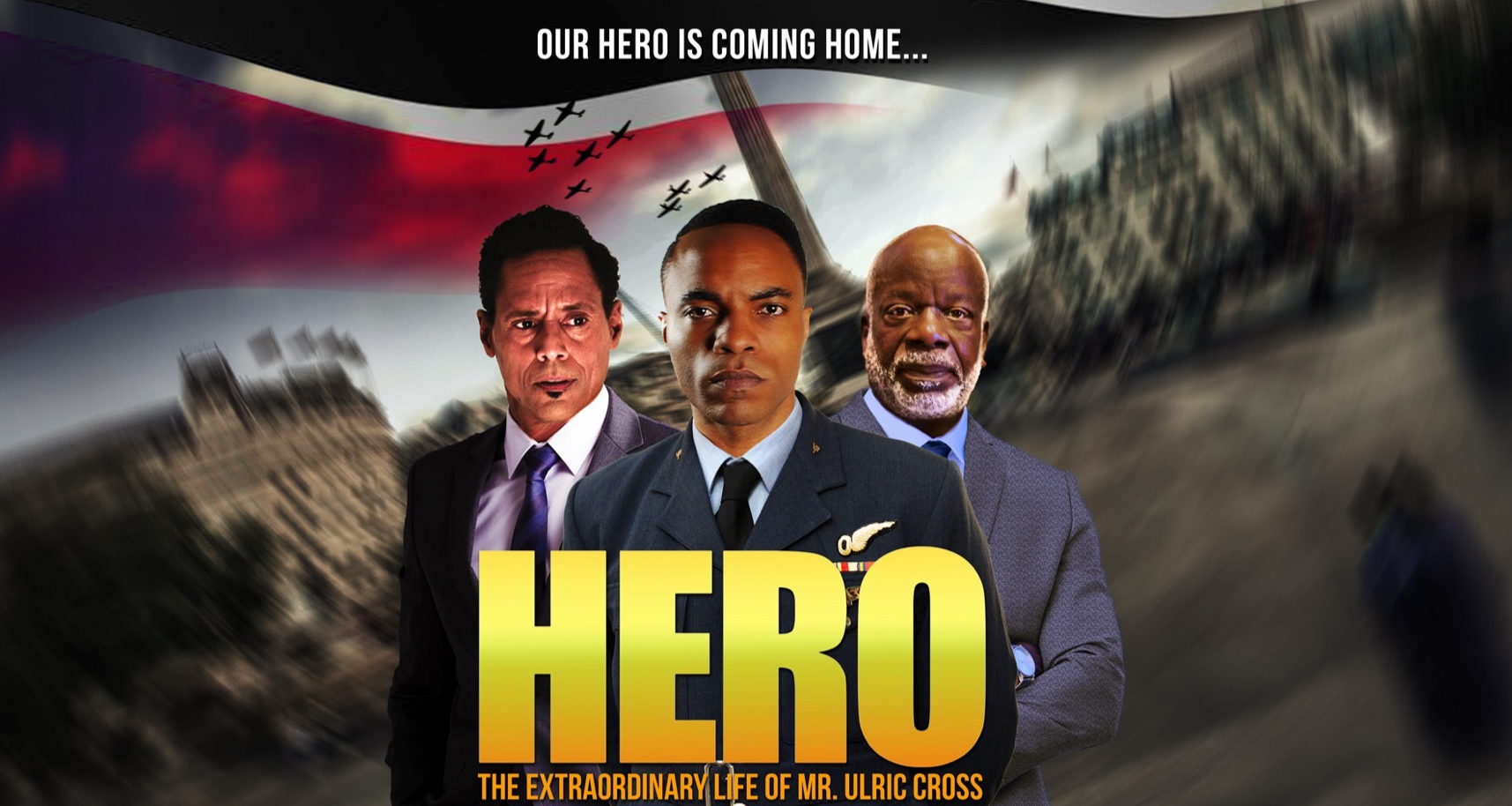 News on April 8, 2022 0Likes At The Movies
ShareTwitterFacebookInstagram

HERO the raw and inspirational story inspired by the life and times of Ulric Cross (Philip Louis Ulric Cross) is returning home.   The Frances-Anne Solomon film made a triumphant & highly anticipated return to Trinidad & Tobago (T&T) with a Gala Red Carpet Screening, April 7, 2022 , that streamed live on the twin republic’s national station TT Live Online  The never seen before “new Director’s Cut” version of HERO screened at Movie Towne in Port of Spain before opening in cinemas nationwide. The film is produced by CaribbeanTales Media Group and Imagine Media International Limited with support from Telefilm Canada.

Republic Bank Limited is HERO’S T&T Gala Platinum and Presenting Sponsor, as part of their ‘Power to Make a Difference program.’  Republic Bank’s Manager, Nigel Baptiste says, HERO tells a story about an ordinary man enduring the pain of obstacles and finding the strength to persevere. Mr. Cross found the power within him, the power to succeed and champion his way through arduous times. This awe-inspiring movie acts as a blueprint on how we can use resilience to overcome life’s many challenges.”

HERO inspired by the remarkable and adventurous life of Ulric Cross, created a buzz in Hollywood when it opened the 2020 Pan African Film and Arts Festival, coming on the end of a successful 50-city tour of England, Scotland and Wales, with additional screenings in Durban, the US and Canada’s Bell TIFF Lightbox.  HERO was picked up by Amazon Prime, Showtime, Showtime Online and Cineplex.com in Canada before heading to the Cannes Film Market. The demand kept coming, even as cinemas closed around the world & life for filmmakers drastically changed due to the pandemic.  “HERO” will be making its Netflix debut this Spring.