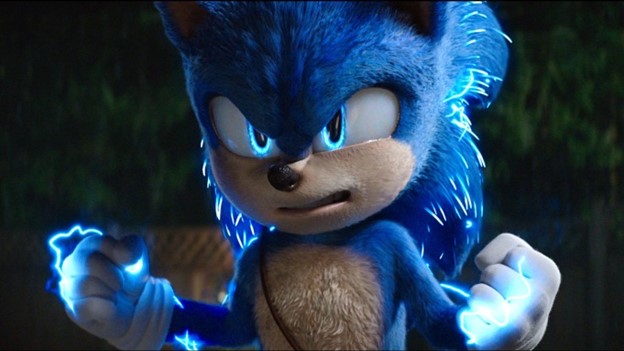 If you came into Sonic The Hedgehog 2 expecting more silliness revolving around the “Blue Justice-pending” anthropomorphic blue hedgehog and friends, along with a joyful yet adept Jim Carrey performance, you would not be disappointed.

Its predecessor jumped into the screens two years ago and confirmed that video games had entered the pop culture fray. Unfortunately, the video game adaptation to the screen has become severely tricky. Some spend too much time reveling in the parts most folks enjoyed playing at home rather than telling a cohesive story.

But we witnessed a seismic success with Ryan Reynold’s Free Guy last year, where the narrative centers on NPCs and open-world gaming but still stuck the landing as a comedic (romance) feature. Tom Holland’s Uncharted has continued to pull in more bang for its buck since its debut in February (even if some skeptics believe that it might have gotten a leg up because of the Marvel branding and Holland’s phenomenal performance in Spider-Man: No Way Home and the feature legging out to $1.9 billion worldwide since mid-December).

In this follow-up, Sonic (voiced by Ben Schartz) returns, along with the police buddy Tom (James Marsden) and his wife Maddie (Tika Sumpter), and the villainous Dr. Robotnik (Jim Carrey). We get to witness the debut of the yellow gadget-wizard Tails (Colleen O’Shaughnessey) and the red, commanding Knuckles (Idris Elba). Robotnik finds a way to escape the mushroom planet he got stuck on thanks to Knuckles, and both men want revenge against Sonic and find a green emerald that contains ultimate power. Now it’s a battle over finding this relic and stopping Robotnik again.

Our sequel with the blue fluffball hero comes with more of the same action and laughs, even a nice gag about Vin Diesel and Dwayne Johnson’s rivalry (which still ages well as of the circumstances) and the Winter Soldier (that surprisingly pays off in the same manner as the titular Captain America sequel in the Marvel canon). Jim Carrey himself is a treat as always, understanding that his Ace Ventura shtick is what drove audiences to have faith in his abilities. If this is supposedly his last ride, one can only hope folks will recognize his larger-than-life ebullience years from now.

Naturally, we get some filler content, such as the dance duel scene in Siberia and the B-subplot wedding that Tom and Maddie attend, but the film crew maintains its vibrance and wonders not always feel it viscid. Perhaps we can always do better in the fantasy land of exploring the mythology of our favorite material out there. Unfortunately, some of the meta-humor doesn’t make it much sparkling either, only at more attempts to become a reincarnation of some Deadpool or Spaceballs feature.

This sequel follows the methodical mantra of others before it: bigger. However, the additional 23 minutes may not cajole to everyone’s standard of “should I witness this movie” sentiment. If one casts the staunch principles aside, one may be surprised to go along with the flow and have enjoyment with CGI Sonic and friends.

Go ahead and do as Beyonce says, put a ring on it. Sonic The Hedgehog 2 is a fun ride.