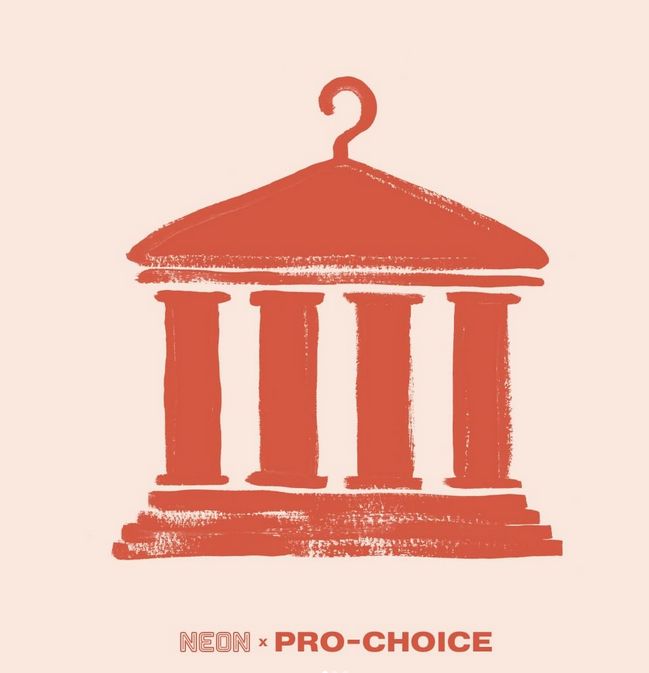 Uncategorized on June 6, 2022 0Likes At The Movies
ShareTwitterFacebookInstagram

) Award-winning film studio NEON has launched a pro-choice campaign to support independent grassroots organizations committed to protecting the rights and safety of people in the United States. In response to the recent attacks on reproductive rights and the supreme court’s draft majority opinion to overturn Roe v. Wade, NEON has opened an online shop featuring pro-choice, anti-oppression artwork including three original designs created in collaboration with award-winning artist Akiko Stehrenberger and three products featuring recent NEON’s releases, Portrait of a Lady on Fire and The Worst Person in the World. Products include a Portrait of a Lady on Fire Abortion Scene Print, a Scales of Justice by Akiko Stehrenberger Tee, and a Supreme Coat Hanger by Akiko Stehrenberger Tee, among others. The campaign can now be viewed at neonaction.com.

Additionally, NEON films Portrait of a Lady on Fire (Dir. Céline Sciamma) and Little Woods (Dir. Nia DaCosta) will be made available at no cost to any organization or screening host who would like to use the film to support an independent abortion fund in the United States through August 31, 2022. Both films are now available on the social cinema platform Kinema, which allows a host to organize in-person or virtual screenings of the films, with ticket sales supporting the abortion fund of their choice.

In support of those who speak out in favor of safe, accessible and affordable abortion healthcare and reproductive freedom, NEON will donate 100% of all net proceeds from product sales and screening events to the National Network of Abortion Funds.

Watch Trailer: MARCEL THE SHELL WITH SHOES ON