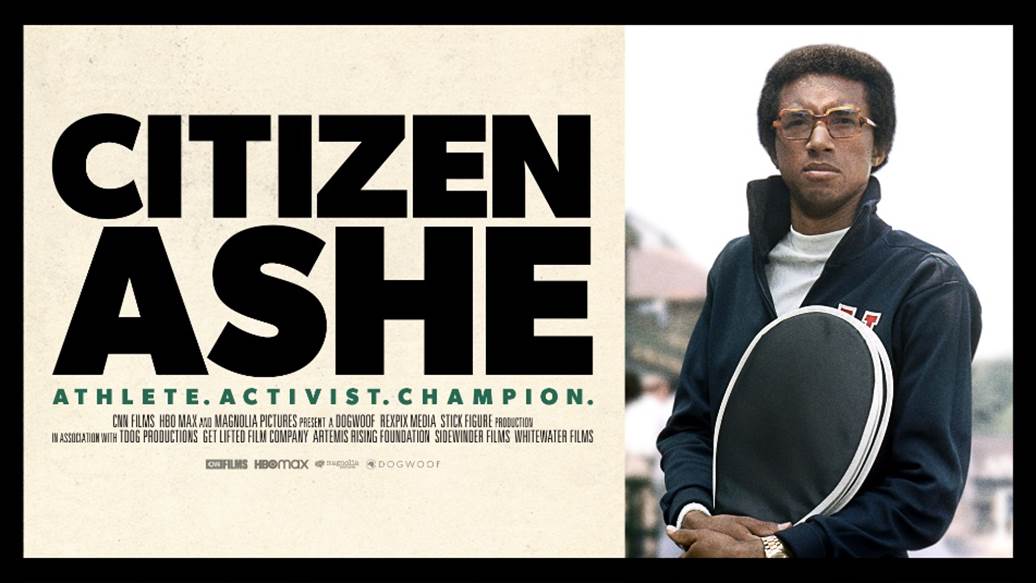 Uncategorized on June 6, 2022 0Likes At The Movies
ShareTwitterFacebookInstagram

The film CITIZEN ASHE, about the legacy of triple Grand Slam, barrier-breaking tennis legend and global humanitarian, Arthur Ashe, will make its television premiere on CNN.  The documentary feature will debut on the eve of the 135th Wimbledon, at 9:00pm Eastern on Sunday, June 26, for broadcast exclusively in the U.S. and Canada, with limited commercial interruption.  Directed by Emmy Award-winner Rex Miller and Academy Award-nominee Sam Pollard, CITIZEN ASHE is produced by Dogwoof, Sidewinder Films, and Rexpix Media for CNN Films and HBO Max.

During the June 26 premiere, CITIZEN ASHE, will stream live for subscribers via CNN.com and CNN mobile apps under “TV Channels.”  The film will be available on demand via CNN.com, CNN apps, and cable operator platforms beginning Monday, June 27.  While watching the film, viewers can interact with other viewers across social media platforms by using the hashtag #CitizenAshe.  CITIZEN ASHE will encore Saturday, July 2 at 9:00pm Eastern on CNN.

The world premiere of CITIZEN ASHE took place at the 2021 Telluride Film Festival, before its exhibition in theaters by Magnolia Pictures.