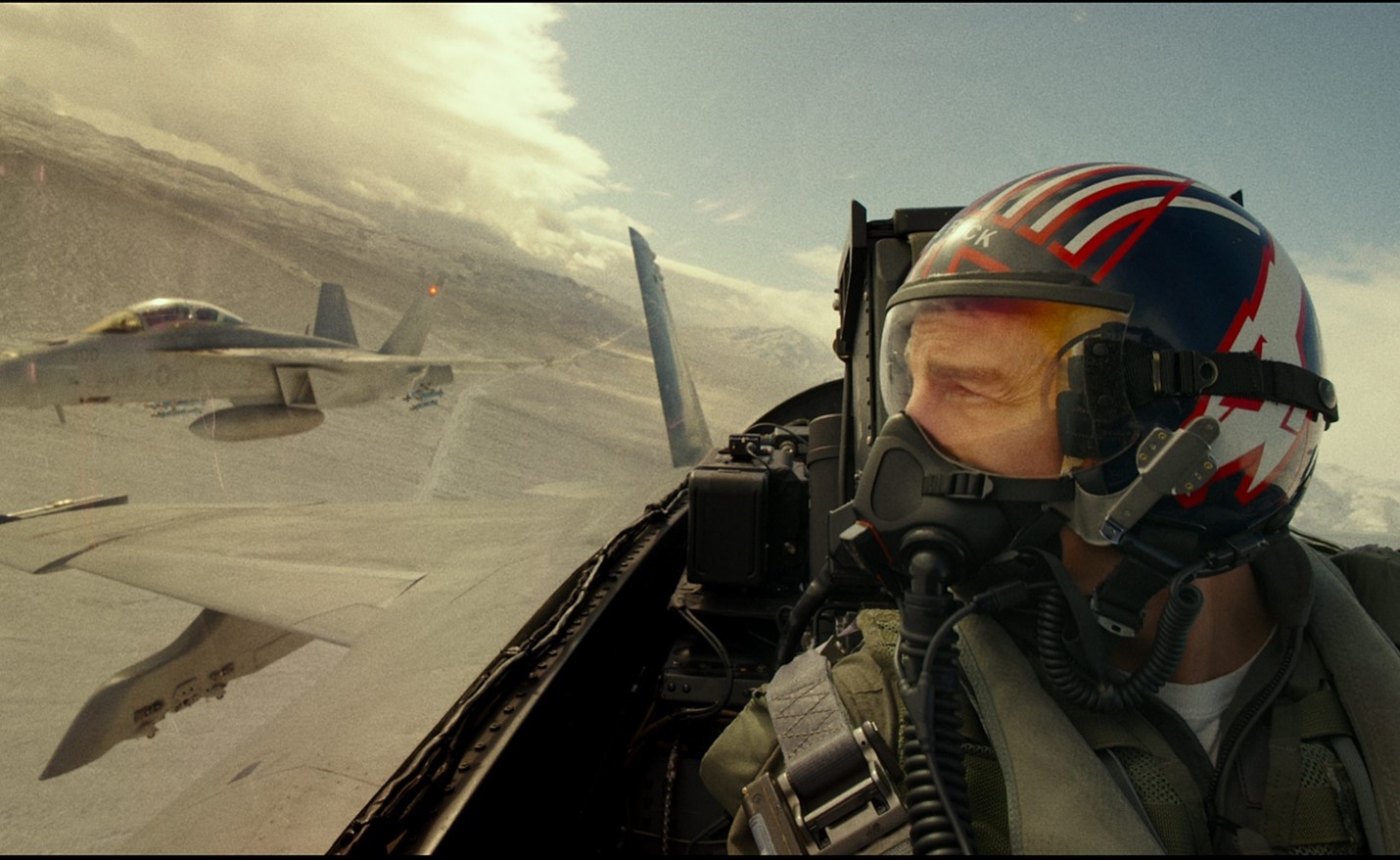 The mid-week of June solidifies some ground-breaking numbers on behalf of Tom Cruise while also revving up the follow-up blockbusters of Lightyear, Minions 2, and Thor 4. Jason Blum is also getting an award, while Amber Heard deals with the recent fallout of her loss against Johnny Depp in court. And much more is on the way for the summer season.

With $405 million in domestic sales and more on the way, Maverick continues to reach for the skies. But, of course, it’s almost that time of year where it must fight off heavyweights like Thor: Love and Thunder, Minions: The Rise of Gru, Black Panther: Wakanda Forever, and Avatar: Way of Water to retain the top domestic spot. By this weekend, it may be over $850 million worldwide, pushing for that last stretch to hopefully clinch $1 billion. Once Maverick tops $791 million, it’ll become Tom Cruise’s highest-earning feature (beating Mission Impossible: Fallout).

Paramount continues their winning streak, and Cruise will have upward momentum once Mission Impossible: Dead Reckoning Part 1 drops next year.

Mr. Blum, the founder of Blumhouse Productions, will be honored with the Raimondo Rezzonico Prize at the Locarno Film Festival. Blum has invested successfully on feature films such as Jordan Peele’s Get Out and Us, and M. Night Shyamalan’s Split to epitomize the indie horror ethos. He started his company in 2000, allowing independent filmmakers complete creative control over their projects.

His productions gave way to well-renowned franchises such as Paranormal Activity, The Purge, Insidious, and Sinister. Blum has received three Oscar nominations as the best producer for Whiplash, Get Out, and BlacKkKlansman.

Here’s to hoping Jason Blum continues his pioneering production model and produces more horror features that get audiences riled up.

Despite viral reports, Amber Heard will not be removed from Aquaman and the Lost Kingdom.

The rumor mills on social media keep treading, and it seems they should be shot down.

Amber Heard recently lost a public defamation trial to ex-husband Johnny Depp, who sued her for a 2018 post that insinuated he was physically abusive to Ms. Heard. After back and forth murky discussions in court this year, Depp won $10 million in compensatory damages and $350k in punitive damages.

The reactions on social media have mostly favored Depp while slamming Heard, and the actress recently commented that “there was not a fair representation” due to the toxicity and harshness of social media. Many had called for Heard to become fired from the upcoming Aquaman sequel. Warner Brother’s executives have commented during the trial that Heard did not have great chemistry with leading star Jason Momoa. Thus, Heard will only have 10-15 minutes of screen time in the sequel while still getting paid $2 million per contract stipulations.

It’s an ongoing situation as Heard struggles to maintain star power in the eyes of the public. How the situation unfolds from here on out remains cumbersome and exhausting.

Superstore and Crazy Rich Asians star Nico Santos joins James Gunn’s upcoming superhero feature with the returning cast and others on deck. The production of the feature recently wrapped and will release in May 2023. It will conclude the Guardians trilogy, which was initiated in 2014 with $774 million globally, while the sequel in 2017 earned $864 million.

According to Gunn, this will be his last ride with this group of heroes, but he is still interested in returning to Marvel Studios in the future to work on other cosmic beings. Once he finishes the threequel, he will head back to Warner Brothers to work on season 2 of Peacemaker with leading star John Cena.

Did Jordan Peele’s second Nope trailer spoil too much?

The first trailer of Nope was equally innovative and exciting due to the lack of concrete plot details and much speculation about an extraterrestrial invasion occurring in a small town. A second trailer was released as the summer started rolling but contains more information that might’ve turned folks off.

In Jordan Peele’s case, though, it is acceptable. Why?

Well, Peele is a director who keeps his best cards close to the chest. We didn’t know the full extent of how and why a black man was trapped at a white folks’ house in Get Out or the overall meaning behind the doppelgangers in Us when it was suspected that one family would be chased by them the entire time. Instead, the trailers laid the foundations in plain sight but did not divulge the sociopolitical messages that Peele has accustomed himself to in his first two masterpieces.

We have confirmations of aliens and camera usage in Nope, but there’s more likely something fascinating behind it. Maybe it is cerebral warfare, or the townsfolk are the bad guys. Or the aliens warn about humanity’s obsession to gain popularity or manifest lies.

Peele loves subjecting his audiences to an enigmatic puzzle, as he dutifully did in Get Out and Us. Hence, the second trailer only serves to grab more money from audiences once it releases in July.

The question is whether it was necessary since Peele’s third entry quickly had much anticipation due to his marquee name and the first captivating trailer.