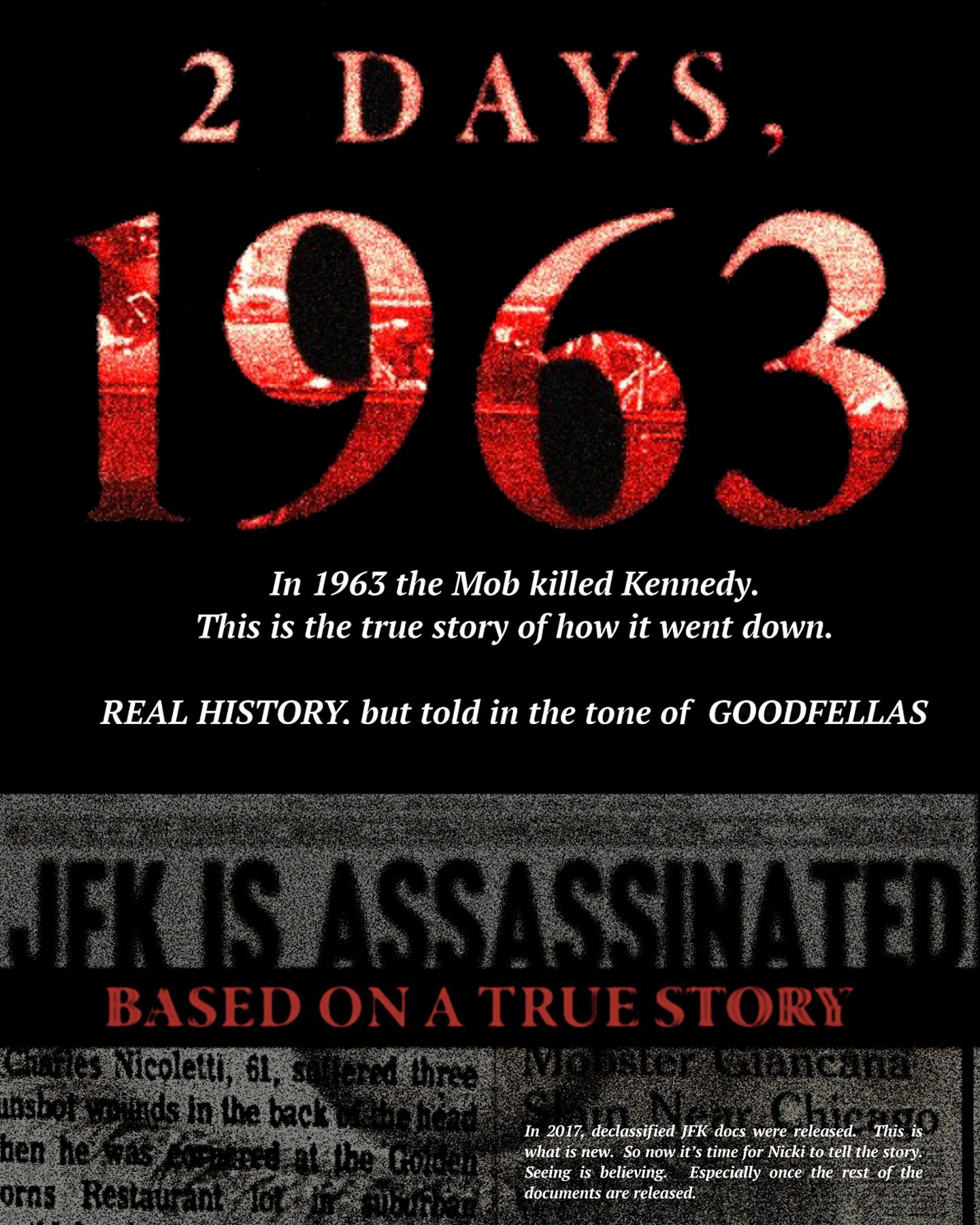 Uncategorized on June 28, 2022 0Likes At The Movies
ShareTwitterFacebookInstagram

Two-time Academy Award Nominee and Pulitzer prize-winning playwright David Mamet and producer Nicholas Celozzi, scion (grandnephew) of notorious Chicago mobster Sam Giancana, will collaborate on a feature film detailing the real story behind the assassination of President John F. Kennedy. Mamet will direct 2 DAYS/1963 and write the screenplay based on the story by Celozzi. The feature will be produced under the banner of Celozzi’s production company Monaco Films, with colleague and VP Michael Sportelli, based in Los Angeles.

2Days/1963 is a revelation of previously untold events that took place during the 48 hours before the assassination of America’s 35th president in November 1963. Among other theories, it has been suggested that the Mafia was responsible for the shooting. Producer Celozzi recalls his Uncle Joe, “Pepe” brother to Sam Giancana, telling him about The Outfit’s complicity in the killing. The story will unveil the mob’s version of the assassination—planned payback for JFK’s snubbing of Giancana, after he helped get Kennedy elected, and for Robert Kennedy’s investigation into and attempted dismantling of organized crime.

Production will begin fourth quarter of 2022 in Los Angeles and on location in Dallas. Distribution and release of the feature are in current discussions. Celozzi is CEO and founding partner of Monaco Films, along with VP Michael Sportelli, who will also produce. Bonnie Giancana, daughter of the late mobster, will serve as a consultant and Executive Producer. The deal was brokered by John Burnham of Atlas Artists, Stan Coleman of Weintraub Tobin, and attorney Alan Abrams.

‘The Independent’ Will Skip Theaters for Peacock