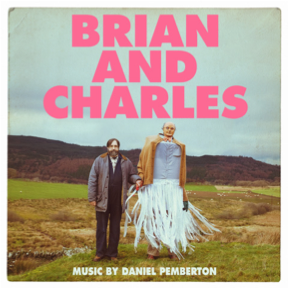 Uncategorized on June 30, 2022 0Likes At The Movies
ShareTwitterFacebookInstagram

1812 Recordings were pleased the release of the original soundtrack Focus Features’ BRIAN AND CHARLES from Academy Award nominated composer Daniel Pemberton.  The film debuted at this year’s Sundance Film Festival, where its tale of Brian – a lonely rural inventor who builds a robot, Charles, to be his friend – won over critics and audiences alike. A unique piece of feelgood cinema, the soundtrack mirrors the movie’s lo-fi aesthetic, utilising dreamy and unusual synthesizer textures alongside quirky upbeat cues. The film released theatrically last week in the US, and fans can now enjoy the soundtrack on all global digital music services.

The soundtrack album also features a specially commissioned remix of the track “The Workshop of Invention” from legendary electronic artists THE FUTURE SOUND OF LONDON, which released last week alongside the opening track “Wales, Land of Wonder”.

See the film in theatres now and get the soundtrack here.