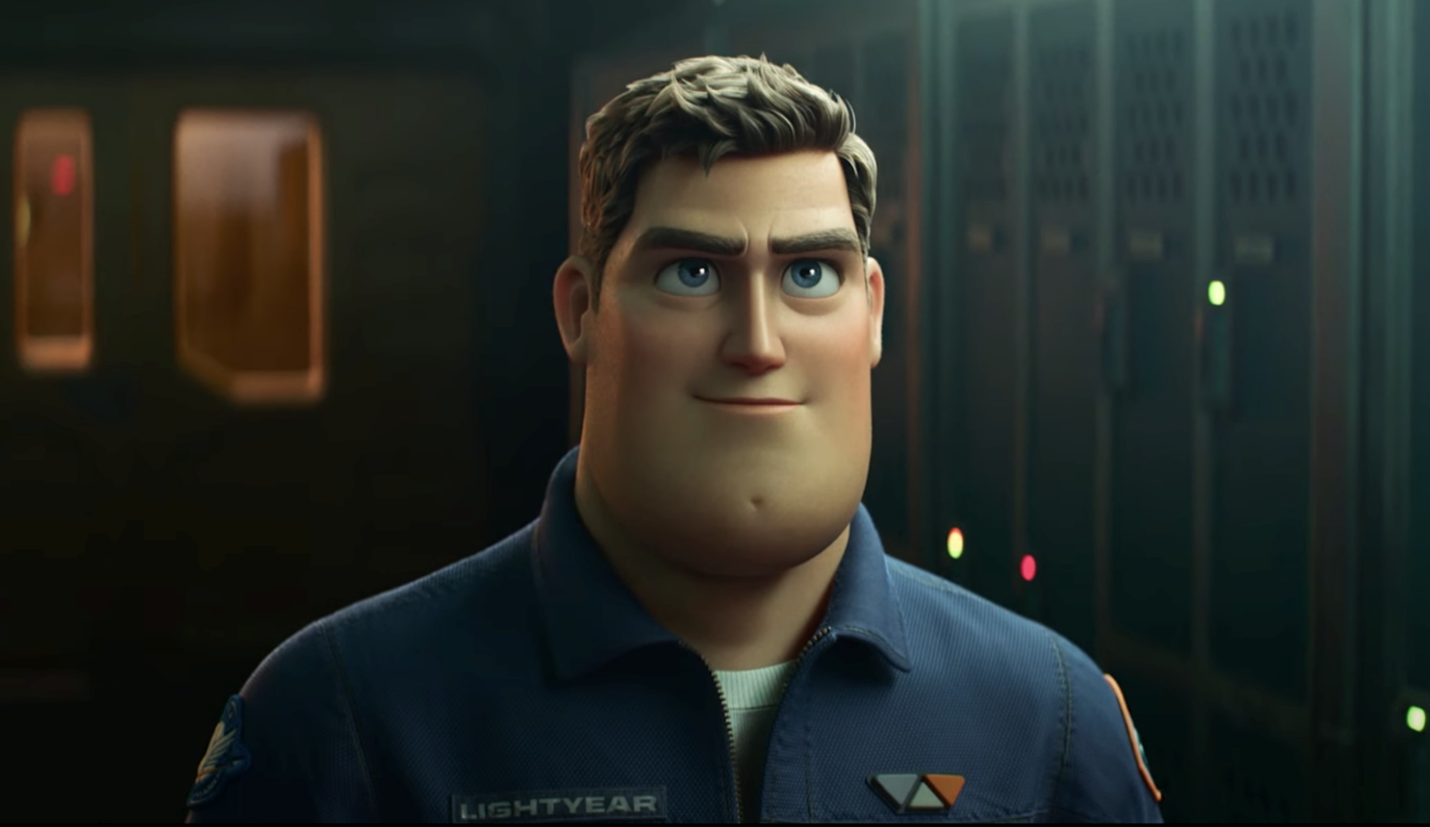 Once upon a time, Disney was the king of the box office. The performances of select blockbusters on behalf of their household name from 2015-2019 were astronomical in demonstrating they stood as a force to be reckoned with. Lucasfilm, Pixar, Marvel, and Fox have become parts of the gargantuan empire. With all those elements at play, it seemed guaranteed that Disney would hold the keys for the next decade regarding healthy blockbusters and draws at the box office. Right?

Turns out, when you suscept yourself to the ongoing debate/utilization of streaming services vs. full theatrical marketing in a (pandemic) world, it creates bottlenecks regarding how the consumer wants to view the product and if they need to venture out from their homesteads to go witness one (when it turns up on their home televisions three months later). It’s valid, as many do not know what the future entails regarding filmmaking and distributions. However, in Disney’s case, the chance to grow an empire on both fronts might’ve become overkill, as the conditioning of waiting for a feature film to debut on Disney+ has taught subscribers to avoid the trip to the movie theater actively.

If you don’t believe that’s the case, look no further than Lightyear. The $200 budgeted Pixar film has grossed $156 before its third weekend, which may become Pixar’s third box-office bomb. It’s looking to gross on par with The Good Dinosaur’s $127 million domestic and globally, closer to Encanto ($255 million) than Cars 3 ($388 million). In its third weekend, it’ll drop the same percentage as it did in its second weekend.

Keep in thought that Sing 2 conjured up $407 million by legging throughout the 2021/2022 winter holidays while alongside Spider-Man: No Way Home, so no pointing fingers at COVID. And when Disney’s Doctor Strange in the Multiverse of Madness ($950 million+), Universal’s Jurassic World Dominion ($785 million+), and Paramount’s Top Gun: Maverick ($1 billion+) are taking over the world for the past two months, then there’s something conspicuous at hand. So here are some macro issues Disney has on its hands after Lightyear’s misfire.

Lightyear collapsed because it did nothing to enhance the Toy Story narrative or give any inclination about Toy Story 5.

Look, there’s no doubt several of us can say that Toy Story 4 was not even remotely necessary, but Disney/Pixar somehow pulled off another beautiful set piece in a near-perfect collection. It also roped audiences back in 2019, much like Finding Dory in 2016. Arguably two superfluous sequels that still somehow worked and grossed over $1 billion each.

Lightyear had all the potential behind it to become another big hit (a science fiction feature to market). However, the marketing was still blatantly confusing about where it fits in the narrative of the playing bedroom toys. Pixar believed that folks who know Buzz Lightyear, the same toy that disrupted the setting in Andy’s bedroom in the 1995 classic, would be enough to draw audiences out. Instead, no Woody or friends meant no support, and audiences would feel copped out with Tim Allen not returning to voice the character. Thus, this spinoff was merely an unrequested prequel origin story that doesn’t offer anything other than a small abstract tale about Buzz Lightyear trying to accomplish lightspeed.

With no other elements at play, it got hit massively by its competition (a la the nostalgic-filled Maverick and Dominion) and could not recover from there. A 65% drop the following weekend when Elvis and The Black Phone debuted to above-average results meant something did not click for Pixar’s latest motion picture. And right-wing politics would not tell all families not to see a kid’s movie. Therefore, Lightyear became another “just a movie” in a long string of them that many knows will drop on Disney+ in a month or two.

Common sense asks if Toy Story 5 should’ve taken its place or if this spinoff should’ve probably been released many years earlier. (Clears throat, same as why Black Widow should’ve dropped after Captain America: Civil War and not prolong to end up causing lawsuits and a saddening departure for Scarlett Johansson’s tenure with the MCU.)

Disney is burning through live-action remakes like candy and has not created a successful new live-action theatrical franchise in years.

Outside of Alice in Wonderland, Beauty in the Beast, Aladdin, The Jungle Book, and The Lion King, Disney continues to have this stubborn mindset that remakes will bring in the big bucks. Not everyone wanted to see Dumbo in 2019. No one was pleased with Alice Through The Looking Glass. And a remake and sequel of One Hundred and One Dalmatians soured folks (even though the reboot with Cruella might’ve saved some face).

Now we have The Little Mermaid and Snow White and the Seven Dwarfs getting remakes, which is highly irritating and reminds us that Disney is running out of A-level toons to give the live-action treatment. Pinocchio is going straight to Disney+ later this year and probably Lilo and Stitch at some point. I don’t know; maybe those remakes for Tangled, The Princess and the Frog, Frozen, and Moana are coming shortly. But the apparent issue is that Disney has not created a new (successful) live-action theatrical franchise. The last time was Pirates of the Caribbean in 2003 and National Treasure in 2004. (The MCU does not count as Marvel properties were bought out twice by Disney in 2009 and 2019; we’ll discuss more later.)

Yes, Jungle Cruise might’ve propped up better in non-COVID times, along with Free Guy starring Ryan Reynolds and Jodie Comer. However, the latter was picked up from 20th Century Studios, and Fox was only handy for a few existing IPs such as Deadpool, Planet of the Apes, and Avatar. So, Jungle Cruise 2 will bank on Dwayne Johnson’s star power while Disney continues to roll out other remakes, follow-ups from Fox properties bought out, and the continuing enterprise of the MCU. Oh, and Disney+ will still be the other driving vehicle if executives cannot have trust in dropping back future projects into the theatrical rotation.

Still, the continued reliance on nothing “fresh” is exacerbated by what they have left in their arsenals.

More than ever, Disney is reliant on the long-term plans of James Cameron’s four Avatar sequels, the Disney+ “spectacle” of Star Wars, and their last S-tier IP with the Marvel Cinematic Universe.

Bob Iger’s reign as Disney’s leader brought near-absolute success in reshaping pop culture with some genuine good and wrong notes. Star Wars has attempted to go big all out on Disney+ with The Mandalorian, The Book of Boba Fett, and Obi-Wan Kenobi ever since the fallout of Star Wars 9. Depending on one’s mileage, this is the baseline for where the space opera can forge on from here. The acquisition of James Cameron’s household franchise means Disney owns the rights to the “highest-grossing film ever” and can reiterate that in their marketing for the subsequent four sequels planned out till December 2028. So grab what you can get now while patiently waiting for the next big thing, right?

For the past two years, the Mouse House has dealt with COVID/Disney+ issues that have tampered with their best possible revenue, but they still are not backing down from Marvel. Yes, Black Widow, Shang-Chi, and Eternals succumbed to these factors, while Sony’s Spider-Man: No Way Home proved that timing, nostalgia, and not rushing to VOD could get you to unimaginable heights. Also, Venom: Let There Be Carnage still gave Sony a leg up on Disney for the 2021 fiscal year with its $507 million.

Doctor Strange 2’s $950 million+ solidified that people still adore the MCU franchise. It’s going to continue with Thor: Love and Thunder (next weekend), Black Panther: Wakanda Forever (November 11th), Ant-Man and the Wasp: Quantamania (February 17th, 2023), Guardians of the Galaxy Vol.3 (May 5th, 2023), and The Marvels (July 28th, 2023). Plus, we’re getting a second Fantastic Four reboot, X-Men reboot, a Blade reboot, Shang-Chi 2, Deadpool 3, Captain America 4, and a Thunderbolts feature in the next coming years, along with a guaranteed Avengers 5 probably in 2027.

It proves how much Disney wants its superheroes, and we’ll get more insights with Kevin Feige at the upcoming SDCC presentation. As the highest-grossing global franchise in history, the superheroes elevated Disney’s stature and will continue to do so for the foreseeable future.

Will these issues be solved, or is this the new normal?

Disney got a colossal kick in 2019 before the pandemic reared its ugly head to push back every other studio’s blockbuster planned in 2020 (Wonder Woman 1984, No Time to Die, F9, Top Gun: Maverick, Venom: Let There Be Carnage, and Minions: Rise of Gru). It’s difficult to say whether Disney recognizes these issues or not, as they still have Fox leftovers and Marvel movies galore.

This year, The Batman, Uncharted, Sonic the Hedgehog 2, Scream 5, Top Gun: Maverick, and Jurassic World Dominion illustrated that theatrical distribution should remain the central focus. Heck, Doctor Strange 2 proved you can still get a bang for your buck by tossing in some dream cameos and grossing 40% more than its predecessor. So we’ll see in time whether the rest of Hollywood has caught up to Disney’s playing field or if Disney can get its non-Marvel groove back down the line.

However, Disney will need to reassess its streaming/theatrical sins regarding the animated features. For example, if you advertise the hell out of Disney+ for new non-MCU films, then that’s where the subscribers are heading as opposed to the multiplex. Try not to do that for Toy Story 5, if it comes, please