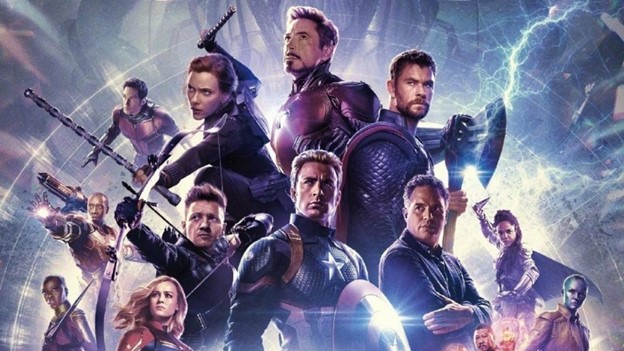 This topic has been brewing on hand for years now, so let’s get to it.

This past week, Francis Ford Coppola (director of The Godfather series, Apocalypse Now, The Conversation) slammed Marvel films for standing as formulaic and repetitive. “A Marvel picture is one prototype movie that is made over and over and over and over and over again to look different.” The words echo the sentiments of another film legend, Martin Scorsese, who claimed in 2019 that Marvel films are not “cinema” but rather the equivalent of theme park rides that lack legitimate mystery or danger. Scorsese also slammed the corporation for constantly modifying its product to suit customers’ demands and casting aside independent directors’ visions when they barely make enough money to challenge within the theater buildings.

As hurtful as this sounds, both directors make a potent case for how gargantuan blockbuster films have soaked up the industry to an excessive degree that leaves others scrapping for some recognition (outside of the famous award ceremonies). It was not the case a decade ago when most films produced became recognized and earned a respectable amount of money. Look at 2007, for example, where Zack Snyder made his iconic 300 feature or Will Smith’s performance in I Am Legend. It’s also a year where a few sequels (Harry Potter 5, Spider-Man 3, Pirates of the Caribbean 3) took the crown at the top with total grosses but did not throw other titles under the bus. It felt like a throwback to the 1970s-80s, where directors and actors challenged themselves with fresh content, unsatisfying endings, and several innovative ideas. Heck, Pixar’s Ratatouille and Fox’s The Simpsons Movie brought excellent animation and earned over half a billion dollars.

Fast forward to the 2010s, and nearly every single year saw a superhero film (or multiple) in the top-10 highest-grossing movies of the year list. In 2016, Captain America: Civil War, Batman v Superman: Dawn of Justice, Suicide Squad, and Deadpool occupied the top ten spots. 2018 had Avengers: Infinity War and Black Panther standing at the top. And the following year, superhero films (Avengers 4, Spider-Man: Far From Home, Captain Marvel), IP sequels (Jumanji 3, Toy Story 4, Star Wars 9, and Frozen 2), and polarizing remakes (Aladdin and Joker) took all the top spots. But here’s the thing: can anyone name films from those years where Greta Gerwig, Adam McKay, or Emerald Fennell’s vision stood out?

In 2021, what took the massive win for the box office (and the rest of the world)? Another Marvel superhero film, in the form of Spider-Man: No Way Home, where nostalgia and (arguably) the presence of the most popular superhero of all time took home over $1.8 billion and counting. Most independent films like Licorice Pizza, Belfast, King Richard, West Side Story, and Nightmare Alley won the awards but practically bombed when it came time for the big screen. So, franchise films are safe when it comes time to distribute, but the lower-end movies always must claw their way for support.

Here’s something to consider regarding Scorsese’s robust case: nothing is at risk in today’s franchise films. Marvel/DC and Star Wars films come naturally every couple of times a year, and they condition audiences to favor films and routine storylines at the cost of other products. So, for example, a common thread that pops up is an individual is conflicted with themselves; they must overcome their family/personal issues and then (inevitably) emerge victorious against their “greatest” threat to date. It’s a rehashed plotline since the earliest of films back when film materialized onscreen. If it’s a mega-budget team-up feature, the same narrative exists simply with more characters, subplots, and everything else. (Ask your Avengers, X-Men, Justice League, and Guardians of the Galaxy films for reference.)

The tension becomes absent, the direction stays cliched, and it doesn’t serve much more other than extracting as much revenue as possible. So yeah, go and have fun with the product, but no risk means no actual reward. Coppola sustains an accurate opinion of how one “prototype movie” is made again but slightly differently. Perhaps it is not the studios’ fault that many are accustomed to this nowadays, but in practicality, when does someone look forward to an original idea for a film (unless directed by a film genius such as Quentin Tarantino, M. Night Shyamalan, or Christopher Nolan in modern times)? If that’s not enough, look at Fandango’s reported poll of the top 10 most anticipated blockbusters of the 2022 year. Six of them are superhero films, and the rest are legacy/IP sequels many have waited for years. So what does that say for the likes of A24’s X, Universal’s The Black Phone, or Sony’s The Man from Toronto? Or any other filmmaker that aspires to become a visionary?

As blunt as Scorsese and Coppola are, they’re pretty much right. Hell, even Denis Villeneuve, director of Dune, believes the films are made “from the same mold” and turning us into “zombies.”

So, where are they partially wrong? Not all franchise/superhero/Marvel films come crafted in the same capacity. Emphasis on the word “all” because it’s not necessarily true that every film abides by the same “manufacturing” as Scorsese puts it.

For example, The Dark Knight celebrated an incredible insight into how society is so divided on the issues of terror and violence. The continued escalation leads to the disintegration of morality and ethics within the American structure. The heroes stand threatened by Joker’s constant havoc that they lose a grip on their foundations; almost all become lost when the credits roll. Captain America: The Winter Soldier remembers the necessity of human connections in life while battling the reconstruction of society based upon totalitarianism ideals. Captain America understands that institutions prioritize schemes and chooses to reset his view to be the greater good (even if he’s not the perfect soldier). Wonder Woman subverts the male gaze and opts for a neutral social tone when the heroine stands to stop humanity’s obsession with waging war.

And Black Panther is a potent analogy for the agonizing struggles of black folk. When evaluating the main hero and antagonist, we come to recognize they balance each other out as one side lives freely and prosperously in a hidden land (Wakanda). In contrast, the other has been subjugated to the constant misery that black folk has dealt with for centuries. Thus, Wakanda’s isolationism has selfishly denounced the oppressed black folk worldwide. Doing so incentivizes some of the oppressed to become oppressors themselves due to the barbaric violence they endure and how they want the dominant colonial race to suffer the same way.

The direction of those films listed above completely disrupted the template for standard superhero fare and ultimately surpassed all expectations. Even James Gunn’s The Suicide Squad and Sam Raimi’s Spider-Man 2 diverged from the traditional path with some serious melodrama and anarchic strengths.

So, not every Marvel (or superhero) film conforms to the same conventional standards that have become integrated into the worldwide mainstream for the past twenty years. But, 90% of the time, they do, and that’s where Scorsese, Coppola, and others in that boat win the argument hands down.

Financial dominance continues to marginalize our film industry, and unless audiences come to realize it, that will stay that way for many years to come. Even when blinded by blockbusters, this writer has high hopes for Jordan Peele’s Nope and Scott Derrickson’s The Black Phone in the summer. It’s a shame that not everyone else can incorporate this similar attitude for the work of other directors/studios outside of the Disney, DC, or superhero fields.

TRIBUTE TO CHADWICK BOSEMAN: A TRUE KING OF THE DECADE