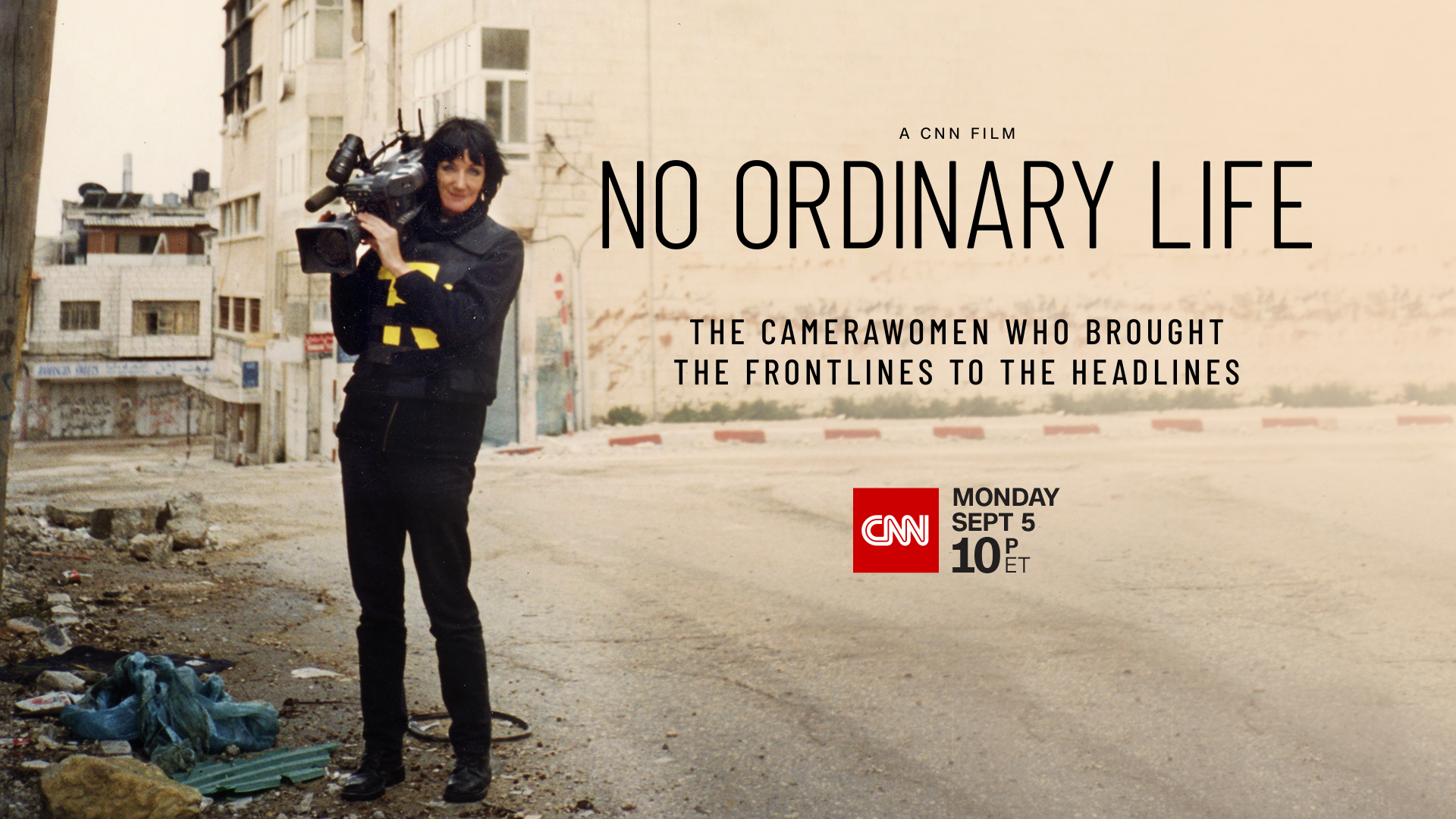 CNN to Premiere NO ORDINARY LIFE, A Film About Women Photojournalists on the Frontlines of History

From Tiananmen Square to the Arab Spring, Sarajevo to South Africa, and beyond, CNN has delivered the world’s seminal events to screens around the globe.  In this feature documentary for CNN Films, NO ORDINARY LIFE celebrates the trailblazing and courageous female photojournalists who captured much of that history.  NO ORDINARY LIFE is directed by journalist, documentary filmmaker, and CNN alum, Heather O’Neill.  NO ORDINARY LIFE premieres on CNN at 10:00pm Eastern on Labor Day, Monday, Sept. 5.

“I wanted to make a film that allowed the audience to be immersed in the experience of being behind the camera through the photographer’s point of view.  The sounds, the signs, the split-second decisions, and the sense of what unfolds for the camerawomen,” said Heather O’Neill, director, NO ORDINARY LIFE.

In a field dominated by men, Jane Evans, Maria Fleet, Margaret Moth, Mary Rogers, and Cynde Strand broke news, bucked stereotypes, and built an enduring sisterhood.  Tough, talented, resilient, and resourceful, these fierce five recount the risks of reporting under fire with white-knuckle, behind-the-scenes footage, often braving dangerous circumstances to get the story.  O’Neill’s profiles of these pioneering women behind the cameras that captures their pursuits of searing images of war, famine, revolutions, and natural disasters around the world, as they particularly focus in on the people at risk.  Incorporating some of their closest calls in the field for the documentary, O’Neill reveals the astonishing images of their careers.

Christiane Amanpour, CNN’s chief international anchor, praises their skillful camerawork, bravery, and camaraderie in the field.  And, their work behind the camera was essential to her own legendary work in front of the camera.

“We were brave and came back with the goods.  What united us was our passion for each story.” ~ Cynde Strand

While the images they took both informed and shocked the world, O’Neill’s narrative also reveals their work came with personal costs.  In a particularly harrowing sequence, Amanpour, and former CNN producer Stefano Kotsonis, describe the horrific shooting of camerawoman Margaret Moth, by a sniper in Sarajevo.  From war zone-to-war zone and disaster-to-disaster, they escaped threats to their personal safety in the line of duty, and bore the heavy responsibility that comes with telling people’s stories.

Box Office: A Miserable Showcase for ‘Amsterdam’ and ‘Lyle Lyle’, while ‘Smile’ and ‘The Woman King’ Hold Firm