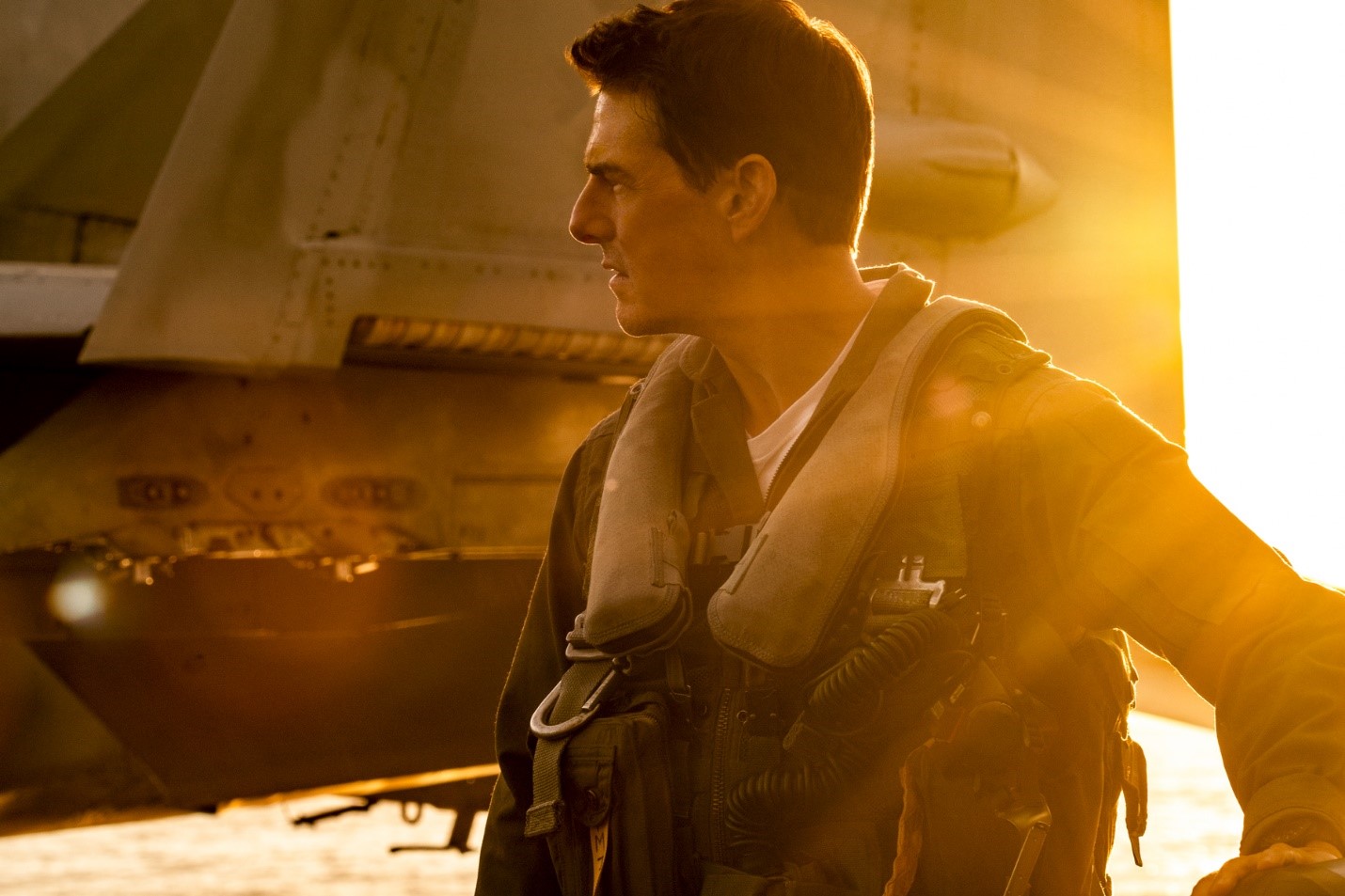 Top Gun: Maverick has passed the domestic cume of Avengers Infinity War, overtaken the worldwide performance of Age of Ultron, and could barely clinch $700 million domestically as it arrives on PVOD this week. That makes the Tom Cruise action piece the second biggest “part two” sequel, only $45 million behind Frozen 2. At this point, it would be even more miraculous if Black Panther 2 and Avatar 2 could match the legs/performance of Tom Cruise’s sequel when they open in the winter. Huh, maybe this year should’ve been titled “The Battle of Nostalgic Sequels.” Not even Jurassic World Dominion‘s kick at nostalgia could match due to a floundering plot and direction for the once raucous franchise. So, while we await those other anticipated sequels, Cruise continues to bask in further glory as we all wait for Mission Impossible 7 next year.

Dragon Ball Super: Super Hero topped this past weekend with $20.1 million. That is the first time an anime feature has ruled the domestic box office since November 1999. Demon Slayer The Movie could’ve done the job last year, but Mortal Kombat slithered its way past. Again, expecting heavy legs for these sorts of movies is hilarious to dream of, but it’s times like this where money becomes needed at the theaters. And no, we’re not counting re-releases of Spider-Man: No Way Home or Avatar next month, as those already demolished the competition here and then (plus they are each looking to top $2 billion and $3 billion, respectively). Idris Elba’s Beast earned $11.58 million on the weekend, delivering on a father who must fight a lion to defend his daughters. Elba may not have tremendous star power, but he’s a well-respected veteran that gets cast in almost every significant franchise. So much like The Suicide Squad, his latest feature will have to be saved over PVOD/streaming if it doesn’t break even at the cinema.

Bullet Train got $8 million in weekend three, topping $150 million worldwide, pulling legs on par with Hobbs & Shaw, meaning it could reach $100 million domestic like The Lost City. It should be a hit but ask again, as the theater attendance over the sluggish end of summer may impede its ultimate success. DC League of Super Pets got $5.6 million in its fourth weekend, so an $80-90 million finish is probable for the Dwayne Johnson/Kevin Hart comedy. Thor: Love and Thunder will hit Disney+ on September 8th, but it earned $4 million and will soon pass the domestic cume of Guardians of the Galaxy, Aquaman, Spider-Man: Homecoming, Joker, and Spider-Man 3. For those claiming Marvel fatigue, think again as it has passed its predecessor’s performance minus China and Russia.

Nope isn’t getting flying colors like Jordan Peele’s previous two works, so it’ll be earning substantially lower and probably eyeing between $160-180 million worldwide. It’ll still break even, but PVOD will help it out some more, and it’s almost certain that Nope will get some Oscar nominations under its belt (especially for Hoyte van Hoytema’s cinematography). Minions: The Rise of Gru will be around $900 million once its theatrical run ends. Bodies Bodies Bodies opened in more theaters, trying to match X‘s performance from earlier in the year. And Jurassic World Dominion slightly missed the $1 billion mark.

Next weekend sees the release of Samaritan, A24’s Funny Pages, The Invitation, and Three Thousand Years of Longing.