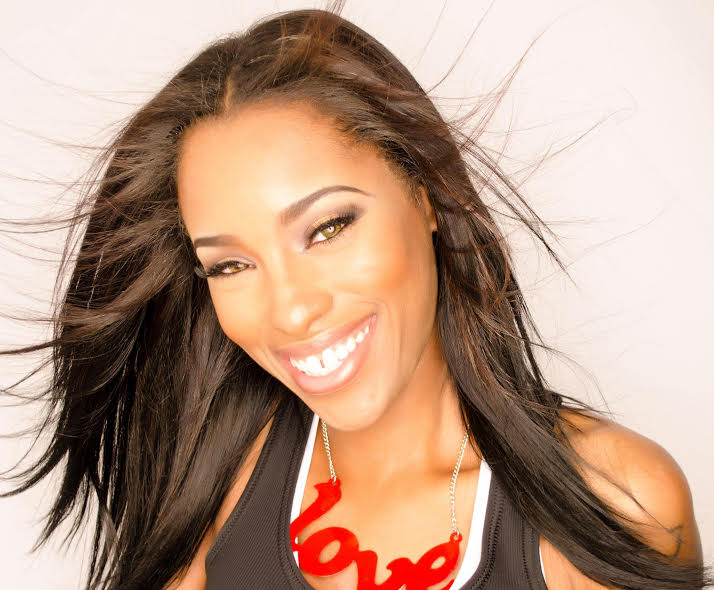 Entertainment News on June 15, 2018 0Likes At The Movies
ShareTwitterFacebookInstagram

Shantell Charisma is new to the filmmaker world. She took the initiative to create a film about exploring the truth behind single fathers in America. As this is the beginning of her career, and as expected, Charisma experienced a lot of backlash for her creativeness. She shot the whole film with her personal iPhone. She discusses with us about her debut film, single fathers’ stigmas, and her own personal endeavors.

ATM: How did you get past people thinking you were crazy shooting this film with an iPhone?

SC: I moved forward with my vision. Most of the time as a visionary you are going to be looked at as crazy with anything you are doing. I am used to it. Every time the end results come people say, “Oh I see what you were doing?” You have to move on with what you see. This is how you overcome it.

ATM: You mentioned limited funds to buy a professional camera, but why did you shoot this film?

SC: That’s a good question. {haha} I am laughing because I have this same disclaimer in my head. I was at a very low point in my own situation. I was sitting at the food stamp office. I looked over to see a father with his kid. I wondered about the mother. I kept replaying this over and over in my head. You never hear about the struggles of single fathers. We do not honor or support it. It is a different ball game for a father than it is for a mother.

ATM: Did you grow up with your dad?

SC: I honestly did not. My dad was not in my life. He died when I was 17 without having a close relationship with me. He lived a different lifestyle with being addicted to drugs. I was not fortunate to grow up with a dad. I did have father figures in my life.

ATM: What do you believe your biological father’s response would be based on your film?

ATM: Take us through a day of filming.

SC: These are different questions. We started shooting the first part with the dads at 10 am. I only met one prior to shooting the film. A few of them were shocked because I did not tell them about me being a woman (laughs).

ATM: Omg! Why didn’t you say your gender?

SC: I did not say anything because they would have had precognitive notions about how to accept the opportunity. They might have questioned how I could know what single fathers go through. They were excited. Also, the fathers share memorable scenes and were able to open up.

ATM: Go through the casting for picking the dads.

SC: I put a graphic advertisement on Facebook. I said we were casting for dads and told the synopsis of the film. We had 75 stories that came in. I casted 4 out of the 75 stories. I got a visual to see what they were going through. They talked about how they became a single dad. It was more than I thought it was. It was a great casting experience.

ATM: Did you challenge the stigma for some young fathers who abandon their children because they are not man enough to admit lack of responsibility? This is how single mothers are established. Did you meet guys who were in this position?

SC: These were guys who got in the position of being a single father or who were already taking care of their child. There were some in strange situations separating them from their child. They told stories of how they came back to be in their lives. It had nothing to do about the relationship with the mother or the child.

ATM: What elements about fatherhood in American culture did you become more educated about while shooting this film?

SC: There are many fathers who already have their children with no support. There are millions of them overlooked and discouraged but they make it. They did not get the attention that single mothers receive in their situation. They fight emotionally and provisionally. These dads try to find jobs, cooking, and doing their daughters hair. I learned about the pain they are in and they would like to have the support. There are some awesome dads in America that we need to bring to the forefront. The fathers are our leaders. Single fathers are rising in American culture.

ATM: Personally, I know fathers who fight hard to receive custody for their children. However, they are denied because they feel the court system favors the mother whether she is right or wrong. Also, I wonder why society feels single fathers cannot share the same parental love just as a single mother. A single father is judges while walking in the door before he speaks. What is your commentary on the dismissiveness the system puts on single fathers?

SC: We have accepted things in our culture that needs to change. Especially those who are doing right. There is always a party who is not doing their part. Always focusing on those who have full custody of their kids. Culturally, it is our responsibility to look at it collective to help it change internally. A lot of what they do allows things to get set as a precedent. You never said good things about fathers. You always see a dead beat dad or a baby father situation. They lose because we do not concentrate on the problems.

ATM: Are you a filmmaker for the fame or for the passion?

SC: Another great question. I am a filmmaker for the passion. I really love films. I feel like media is a calling for me to help shift things in a different direction. I believe people are longing for a different type of content. Fame is not an option. It may come. Fame is not strong enough to keep me helping people.

ATM: Where do you see yourself in the next 2-5 years?

ATM: I disagree. I feel people should push hard because when you conquer the term “You made it” the testimony is stronger. Sometimes when you help people they do not give you the credit back. They use “I” instead of contesting that you helped them. You say you want to be an open door, but what are you going to do when in these compromising positions.

SC: I agree. There are people who have different intentions and motives at the beginning that cause them to think let this. They go in already trying to use people. I will not position myself to be used. When you are getting ready to give birth like have a baby, you have to push yourself, but you do need a doctor to help you deliver. You do not have to breath or how to push through.

You need that assistance, but not to say you do not have to push at all. It is both sides. What you said was key. There are people who start at the very bottom without capitals, a strategic blueprint, or support system around them. I am thinking about people who come from inner cities. Like you said you can keep pushing, but what will make you stop pushing is how hard it gets. I think what you said was a great point.

ATM: How old are you?

ATM: I guessed 35. Not trying to say you look old. This is just the number that popped in my head while you talked. Just a piece of advice. As you keep going only to trust the voice in your head that tells you to keep going. Only trust that. It will only get worse as you keep persevering. There are going to be people that were with you from the beginning that will start to call you crazy but keep trusting that voice. When you want to give up you must keep going no matter what. That is all I leave you to. Much success.

Charisma is currently working on developing more docuseries and comedy acts. She wants to continue to engage the public with real stories and create media for all ages to enjoy. In Daddy’s Shoes is a docuseries highlighting the extreme measures single fathers take to care for their child.

In Daddy’s Shoes releases at Le Gomier Restaurant and Event Hall on June 17, 2018 on Father’s Day.