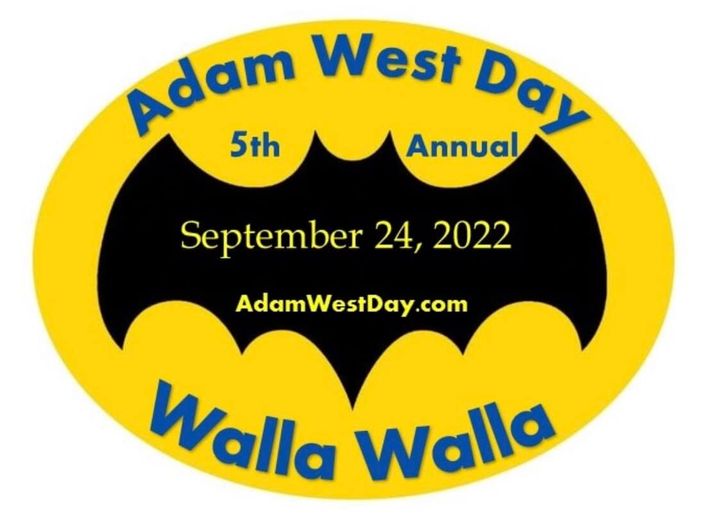 Uncategorized on September 4, 2022 0Likes At The Movies
ShareTwitterFacebookInstagram

Holy annual celebration Batman! It’s almost time to return to Walla Walla to honor the city’s favorite son — actor Adam West. The Fifth Annual Adam West Day is scheduled for Saturday, Sept. 24, honoring the late actor best known for his role as Batman in the 1960s TV show in a way that only his hometown can.

Adam West Day has been a tradition since 2017 in Walla Walla — a town best known as the unofficial capital of Washington wine country — first held just months after the actor died on June 9, 2017. As is tradition, Adam West Day celebrates the life and legacy of the actor on or near his birthday on Sept. 19. And the city will again be pulling out all the stops.

“Adam West Day celebrates the life of an American original with a truly original event,” said Jonathan Grant, front office manager at the Marcus Whitman Hotel & Conference Center and a co-organizer of the event. “Adam accomplished so much in his career in film, television, stage, and radio. But no matter how much his star rose in Hollywood over a career that spanned more than a half-century, he always made time to come back to Walla Walla. He never forgot where he came from, and we want to make sure that we never forget our ‘Bright Knight’ and all his amazing accomplishments.”

Known best for his roles as Batman and later the voice of Mayor Adam West on the show The Family Guy, West had deep Walla Walla roots. Born in 1928 as William West Anderson, he moved to Walla Walla as a young child, growing up in what was then a tiny southeastern Washington farming community. As a teenager, he moved to Seattle, only to return as a student at Walla Walla’s Whitman College.