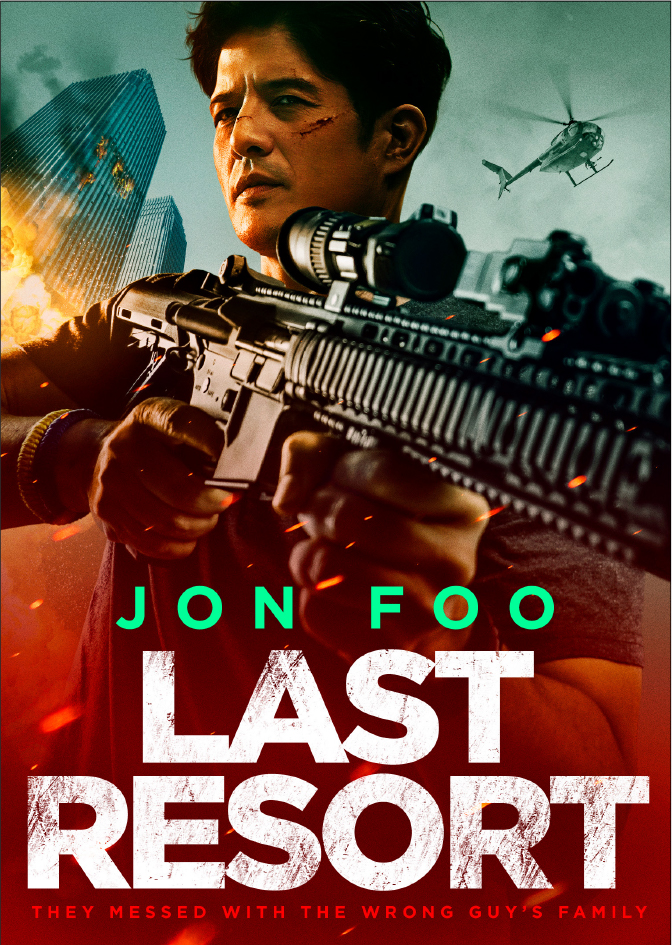 Director Jean-Marc Minéo’ is starting the new year with a bang in his upcoming action movie starring Jon Foo and Clayton Norcross, Last Resort. The film shows just what a father is willing to do to protect those he loves. In this American action-crime film, Foo plays a former special-forces soldier who takes on several highly trained criminals after his wife and young daughter get taken hostage during a bank robbery. Not only must he rescue his family, but he also has to work to stop lethal chemicals from leaking.

Foo, who is also a martial artist and stunt performer, is known for his roles in the television series, Rush Hour, as well as films The Outsider, Tekken, and Extraction. Saban Films + Well Go Entertainment will release Last Resort in theaters on January  6, 2023, and on digital/on-demand on January 10, 2023.