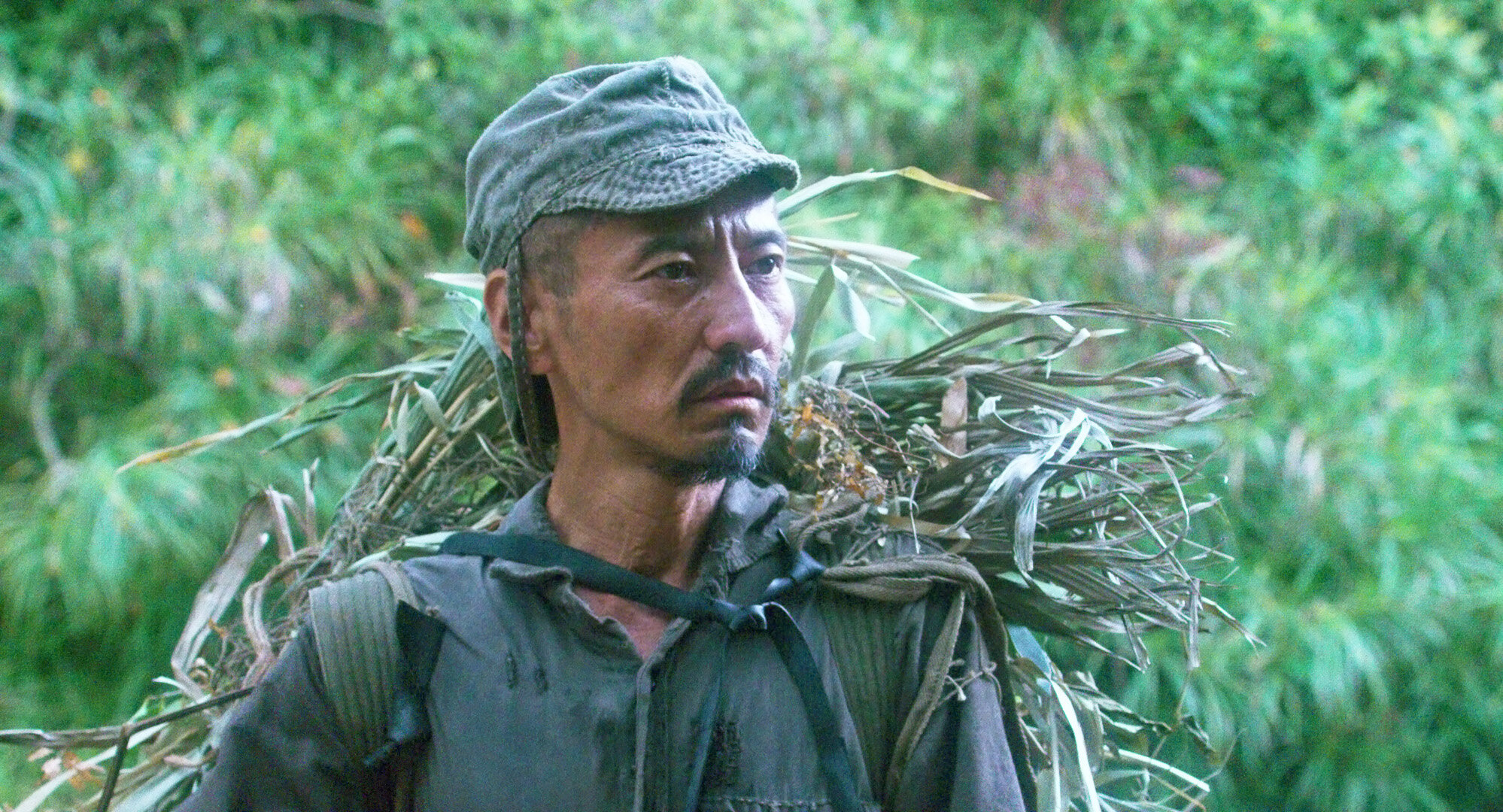 No matter how obstinate Hiroo Onada was, it would take twenty-nine years for him to accept that his nation of Japan had lost the war. Instead, the lieutenant continued with his group of men to carry out attacks on the island of the Philippines (Lubang) until he was left standing after his friends surrendered or died a gruesome death.

French director Arthur Harari pulls together a bleak, blunt-edged story that feels heavily inspired by John Ford and Sam Fuller, zeroing in on a man’s integrity not to lose his values or vanquish his pride amid warfare. And what’s fascinating is it goes to great lengths to touch on themes of human conflict and nature, showcasing why Onada’s philosophies torment him more than he could realize.

In many post-WW2 films that dropped from Japan, the feeling of desperation and deterioration became ubiquitous. Akira Kurosawa, for instance, took great pride in showcasing the immense levels of heat in Stray Dog to the overhaul of Western traditions destroying Japanese traditionalism in Ikiru. War itself comes with an abundance of issues for all, and it appears to have gotten to Onada’s mindset, even when he remembers to take his life if the situation becomes dire to preserve honor. Instead, he embodies what many Japanese wanted to hold onto before the war was initiated. And it stays along those lines as Onoda and his comrades developed a cultish fervor, ignoring the signs the war is over while stealing from locals.

The pacing is sluggish for most of its lengthy runtime, initially playing as a conventional war story before becoming an insight into Onada’s fanatical beliefs. But witnessing Harari’s direction with the stellar cinematography and music set pieces to demonstrate his affinity towards the psychology of this character makes it substantial.

There isn’t any fake news over here; this was 10,000 Nights in the Jungle to remind us the war has passed, and all must learn to accept the facts and consequences.