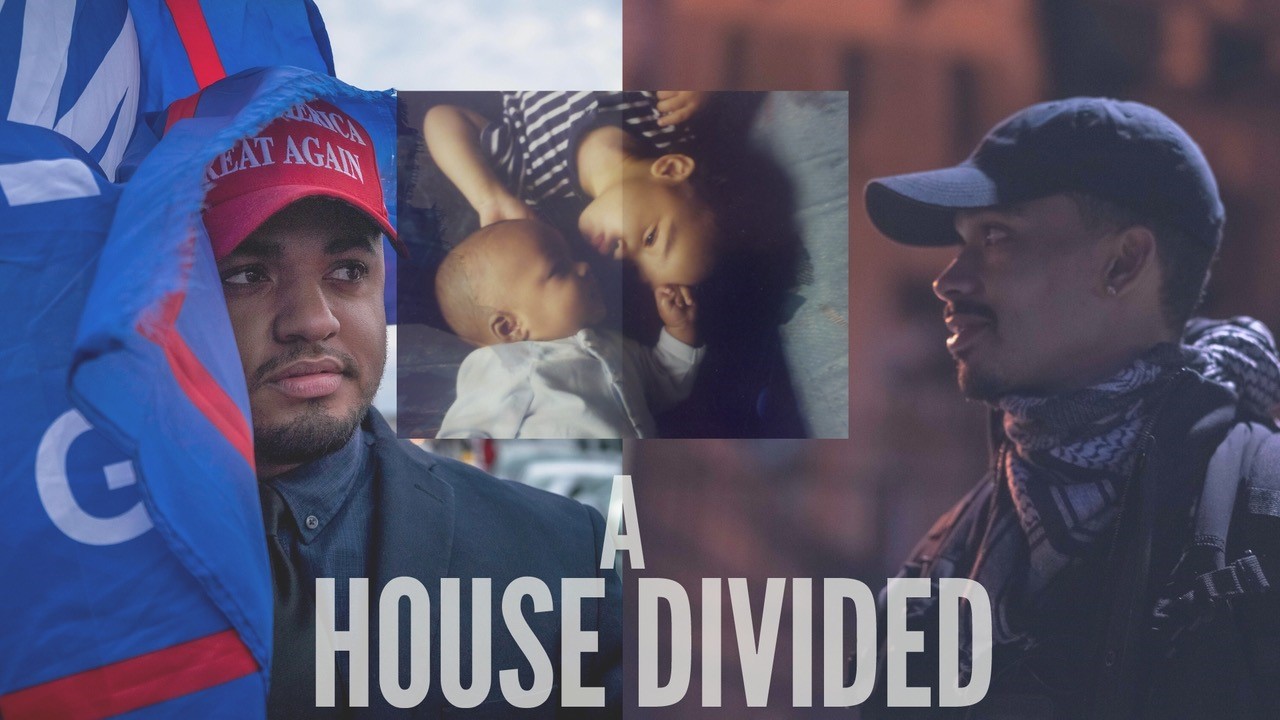 Uncategorized on January 6, 2023 0Likes At The Movies
ShareTwitterFacebookInstagram

During a time of unprecedented political polarization and racial reckoning, A House Divided follows adopted brothers turned enemies John and James Sullivan as they search for understanding of their identities, familial trauma, race in America, and personal ideologies in the lead-up to, and aftermath of, the 2020 U.S. Presidential Election.  The brothers rose to prominence on opposite sides of the political aisle, one a leader in the Black Lives Matter movement and the other in the Patriot Movement.  Their journeys take an unexpected turn as one becomes the only Black and only liberal activist arrested at the January 6th Insurrection.  A House Divided captures a behind the scenes look as the brothers find their voices as thought leaders, Black men in America, activists, sons, and brothers, and most importantly, reveals the humanity in a family, torn apart by politics and unresolved family secrets.

“A House Divided is an important film that not only breaks down the current political climate but also how it can fracture and impact family bonds,” said Jackson on behalf of Get Lifted. “It’s a fascinating inside look at one unique family guided by Jade, who brings an intimate and compassionate lens to this story, a unique quality that defines her directing style.”

“I first met John and James Sullivan at the Vice-Presidential debate at the University of Utah where I found the brothers poised on opposing sides of a police barricade,” said Sacker.  “Meeting them for the first time amidst the chaos, I knew their complex story was important, and to place their trust in me as a filmmaker has been one of the greatest honors of my life.”