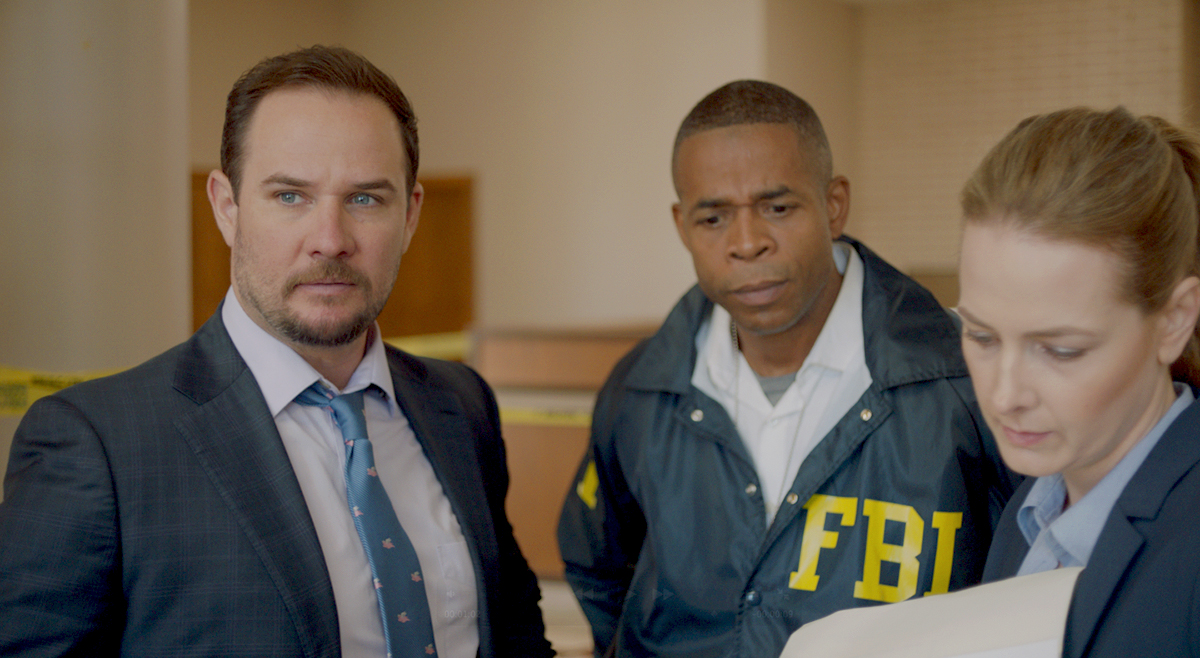 Out of Exile Review

Coming out of prison for a chance at parole might see some redemption on behalf of the individual; turns out, that statement is not always true, as returning to the life of crime might be the only way out for a life of freedom that’s devoid of all the past sins. Out of Exile is another exclamation point on how desire interferes with need, and with a slightly brisk story at play, it serves up a justifiable albeit prosaic sentence.

Director Kyle Kauwika Harris brings about a crime thriller that remains obligated to let all the elements come into play about what consequences of a botched heist entail: involvement with higher-up officials, strains from inside mobbers and foes, and a timeline that cuts it severely close toward that final payday job (assuming one or any make it out on their feet). Harris recognizes that violence begets more in this line of business, plunging into twisted scenarios for the robbers involved and what they’ll need to sacrifice to succeed. Gabriel Russell (Adam Hampton) is desperate to accomplish one final score to tend to his detached daughter Dawn (Hayley McFarland) while also juggling the responsibilities of managing his clumsy, anxious brother Wesley (Kyle Jacob Henry). Both brothers work under Whitman Rader (Peter Greene), who runs a ganky nightclub and brings them to work to steal from other local banks.

The brothers and another associate jump headfirst into a bank job that goes awry due to a police officer getting shot and dying, leaving them scrambling for time and other affairs. Agent Brett Solomon (Ryan Merriman) and his partner jump on the case in a peculiar ode to past crime thriller shows (Law & Order springs to mind), trying every trick in the book to nail the fellows and put them behind bars. For those in the life of crime, Harris must have been inspired by past heist works like Reservoir Dogs, Heist (2001), and Den of Thieves to pull this story together. It succeeds when it all coalesces but flaunts when it brings unnecessary energy and narratives for every single person on the job. The gadget of sympathy doesn’t prompt, as much of it scraped down is monotonous and repetitive.

Hampton and Henry do their best to liven the tone with enraged fury at particular moments, but it doesn’t amount to much once 107 minutes have passed. By its finale, there’s no sense of gratification after watching it all unfold in a relatively decent bit of storytelling. All the profanity and close-up shots of cigarettes are futile, much like the backstory for Agent Solomon’s character is another tchotchke in a motion picture that could’ve incorporated it fascinatingly. Does it matter who wins at the end of the day?

The sole virtue of watching is its finale, which sparks a belated yet brief surge of interest. Harris gets points for bringing together an admirable story of attempting to move past the pains of a compromised heist. Still, once it’s over, the feature will be exiled to another shelf of one’s film collection.