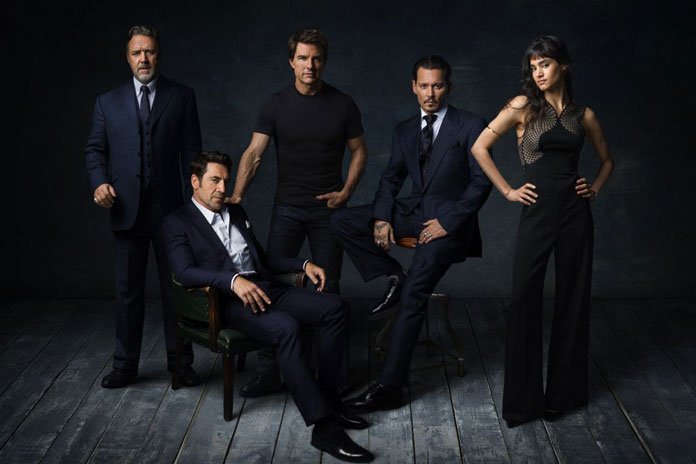 Uncategorized on May 24, 2017 0Likes At The Movies
ShareTwitterFacebookInstagram

With the super hero genre reaching full saturation, Hollywood needed to find the next new movie trend. Universal is hoping it has found movie gold in the old monster classics,  Frankenstein, Dr. Jekyll and  The Invisible Man. The first up in the series is THE MUMMY starring Tom Cruise and Sofia Boutella. With the movie opening in theaters in just a few weeks, Universal Studios has announced that  Javier Bardem and Johnny Depp  have signed on for future movies.

Next up will be THE BRIDE OF FRANKENSTEIN starring Javier Bardem as the monster. The movie is being directed by Bill Condo, who won an Oscar for his 1999 film GODS AND MONSTERS. This movie is set for release in Feb of 2019.

Johnny Depp will portray the Invisible Man but no details have been given as to a release date.

All of the movies in the Dark Universe franchise will be connected by Dr. Jekyll (played by Russell Crowe). Dr. Jekyll oversees a mysterious group called the Prodigium , which has as their mission the destruction of  monsters.

NEWS AND RUMORS ON DOCTOR STRANGE IN THE MULTIVERSE OF MADNESS