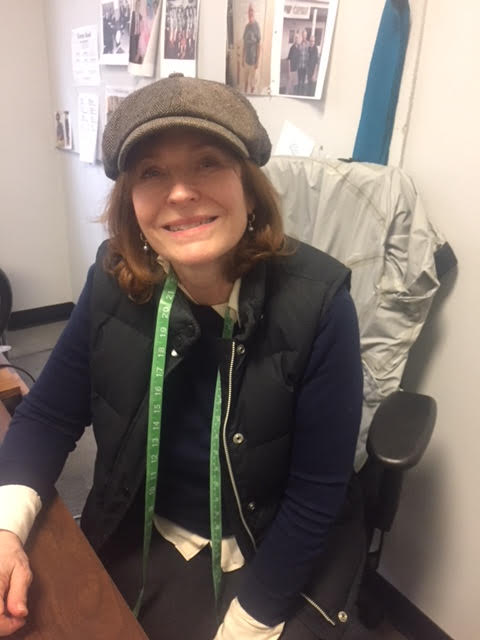 Spotlight on January 29, 2018 0Likes At The Movies
ShareTwitterFacebookInstagram

ATM: How did you think to create the costumes on the film “The Commuter” for Liam Neeson?

Betsy Heimann: I have a long-standing relationship with Mr. Neeson. This is our 4th or 5th movie together. With any film, I read the script. I think about who his character is and who was he yesterday. Also, I contemplate what his life is like. I built a closet for him. He has to sleep in things and wake up. You help the actor get on his journey the film takes him on you do that by reading the script.

ATM: Has there ever been a time when you crafted a piece of clothing and went back to make any additions to it?

Betsy Heimann: Oh, you are always doing that. It is not a special thing. Things change all the time in the film business. You must be flexible and be ready for anything at all time.

ATM: As a costume designer for Liam in this film, how long did it take you?

Betsy Heimann: It is different for every movie. In this case, it was about six weeks total to get everything together and get it made. I had to ship it to London. I would go to New York it fit him to get our ideas together, then I’ll come back to Los Angeles to put it into motion.

ATM: What helped you brainstorm for “The Commuter?”

Betsy Heimann: I do a lot of research. I research stuff like who rides the trains in New Jersey and the appearance of the different commuters. I research everything on the internet, books, and libraries. Just the lifestyle of the character am dealing with any story.

ATM: What was the strategic process of preparing as Liam’s costume designer for “The Commuter?”

Betsy Heimann: You take where any character lives and you take his economic status. What can he afford? What kind of a suit would he wear? This is how you brainstorm stuff. You break it down. In a film like “The Commuter” there is not much research. I work with the production designer to figure out what colors and what made I want to create.

ATM: After you were done with this film was there any new knowledge you learned?

Betsy Heimann: I think you learn new things every time. You learn how a cinematographer photographs. You learn about the person that does a whole shot. I learn from every job. While you are watching the film you might learn that you do not like green on an actor (chuckles). For me, I don’t learn until it is over, and I see the result.

ATM: Are you more analytical when you watch the film compared to a normal moviegoer?

Betsy Heimann: I think you cannot help but be. For me I feel you are definitely going to watch your work but when it is a good story. I am an avid movie goer. I love movies and going to the movies. I think that when the story is good you start to forget about the costumes and just get stuck into the story.