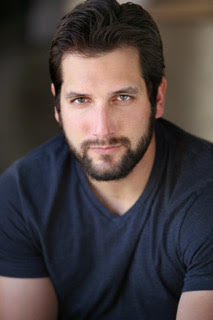 Reel 2 Real on February 9, 2018 0Likes At The Movies
ShareTwitterFacebookInstagram

Nick Epper recently worked as a stuntman on the set of “Den of Thieves”. Epper performed stunt doubles for Pablo Schreiber’s character Merriman. He recounts memories from working on the set and explains the tumultuous factors and qualities a stuntman needs to acquire in order succeed in the film industry. Additionally, Epper also discusses the truth about the underlying inequality for stunt people in the film industry.

ATM: Tell us about your experiences working as a stuntman on the film “Den of Thieves”.

Nick Epper: It was great. We trained in a lot of different aspects and skills that included driving and working with fire arms. “Den of Thieves” allowed me to employ all my skills in one project. We did a lot of gun work and driving.

ATM: How long did you work as the stuntman on this film?

Nick Epper: I was on “Den of Thieves” before they started filming and almost to the end. I would say nine weeks total.

ATM: Describe what a typical day is like when preparing to do stunts?

Nick Epper: Depends what project you are working on. It could be long hours. On “Den of Thieves” we would get on set before sunrise and would not leave until dark. It would be for about 12 to 14 hours.

Nick Epper: The film crews shot two units. They would have a main unit and a second unit to speed the process up. On the main unit, they had all the cast and characters. They shot a lot of stuff that did not require stunts. For the second unit, they would take all the stunt doubles, which included me, and shot a lot of the sequences that was more action packed. We did a lot of work on that unit as a stunt double, which is why we spent time working through the night.

ATM: Which scenes did you do stunts for?

Nick Epper: The shootout at the donut shop. I drove an armored truck. We did another shoot on the freeway during traffic.

ATM: How is it done so we do not notice the stunt doubles?

Nick Epper: The actors do a lot of the close-up scenes. They used us for the far away shoots. They shot us from behind, so you do not see our faces. They use drones to capture us.

ATM: What does it take to be a stuntman?

Nick Epper: It takes talent, grit and patience. It is not an easy thing to get into. When you are first starting out there must be a lot of patience. You must be able to get your name out there and highlight your skills. Also, build a reputation for yourself. It takes humility and being tough. Toughness would be one of the top ones.  You must have tough skin. You must be tough mentally and physically.

ATM: Why do you have to be tough mentally?

Nick Epper: There is a lot of rejection in this industry. For every call you get for a job offer, you might only do one out of ten. Rejections make you feel like you are not good enough.

ATM: Is “Den of Thieves” the only movie you have done stunt work on?

Nick Epper: I have a few feature films under my belt.

ATM: Can you name a few?

ATM: Why do you believe the media purposely doesn’t focus on stunt people in your expertise?

Nick Epper: There has been a fight for it. There is a prolific stuntman in our community who has been fighting for the last 20 to 25 years to get stunt people recognized at the Oscars.

ATM: Without stunt people, many films would not get done? Some of these actors are not capable of doing their own stunts so the stunt people are just as important is an actor or director?

Nick Epper: Absolutely, I 100% agree. We have some recognition, but the biggest one that is missing is from the Oscars. A lot of movies could not be made without the hard work, sweat and tears from the stunt department.

ATM: Last one. The media mostly portrays stunt people as only jumping from cars or dodging bullets but there is more to this?

Nick Epper: There is a lot more work and dedication that goes on in the stunt industry.