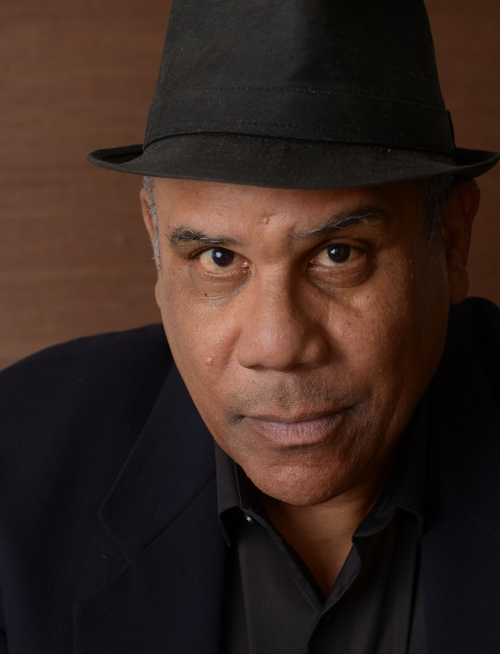 Reel 2 Real on October 25, 2018 0Likes At The Movies
ShareTwitterFacebookInstagram

ATM: What are your daily duties as the director of PANAFEST by the Panamanian International Film Festival in Los Angeles?

Carlos: Oh my God! The list is long. You wear a lot of hats when you are producing something like this. We finalized the programming, which means selecting the films that are going to be in the festival and arranged them in some form or order that makes sense. There’s a timing for everything and for getting everything put together. So, we got that done. My co-director was in Spain and we worked long distance trying to make time because we were nine hours apart. Sometimes we talked when it was 4 o’clock in the morning. She is young and can do these kinds of hours. We also had to get all the branding correct for everybody on the materials they are putting out. We had to coordinate with the venue and the technical people down there…  There are just a lot of things to do.

ATM: Where did you gain your leadership abilities?

Carlos: Whenever I am in a situation, I end up being the person that everyone refers to: “Ask Carlos”, or tell me “You do it”. Someone told me a long

time ago: “There are two kinds of people in the world: There are people that lead and there are people that follow.” I am just a person that leads. I have been in this position in different circumstances many times. This goes back to when I was in New York for 13 years. The last 6 years while I was there, I was the executive director of a non-profit organization for Latin actors. This was handed to me. They did not know what to do and thought that maybe I could fix it. There I was around for 6 years. I got the grants and the programs going. I produced all of their activities.

Then, I finally moved out to Los Angeles. I wanted to focus on being an actor. I got involved just as a member in a theater company out here that focused on classical theater. Sure enough, little by little, they needed someone to do this and someone to write that. Just in the last three years, I was with this company administering. I left this and started another arts organization, which has an art collective of actors and directors. We do different projects. Everything from putting out plays, to poetry readings, to doing short films. I ran this as well, and when I left it just fell apart.

I enjoy producing. Producing is a challenging endeavor, but it is challenging in the fact that it involves a lot of creativity. When you are producing something, basically you are solving problems. Every day you get up and again something else happens. A director quits…or the venue says you cannot have acrobats. Every day is about being creative, coming up with ideas and solving whatever comes up.

ATM: What can an emerging filmmaker from the backgrounds that The Panamanian International Film Festival represents learn from you?

Carlos: I would encourage any young or emerging person to create his or her own projects. I wish I had started doing this myself earlier in my career. I think people that get into this industry do so thinking somewhere along the lines [someone] is going to take them by hand and take them to the Promised Land. This is not necessarily the case. You really must put in the work and the effort. You must figure out what you want to be and how you are going to do it. I want to say this, especially in film. Nowadays with all the advancement in technology pretty much everyone is making films. You can even make one on your phone. I have seen people advance their careers by using a piece of technology and creativity where they just sat down and made it themselves. You have to show up.

I think Woody Allen said this: “You have to show up.”  Short films are a great calling card for someone who is just starting. I am producing this event in conjunction with another gentleman who is also very involved in short films.

ATM: Name some creative aspects that are seen in you as a director and as an actor.

Carlos: As a director, because I am an actor and have a background first, one of the things I most enjoy about directing is working with the actor. This has been my experience as well as a film actor. The directors have gone to film schools and learned about the dolly shots and the cranes. Also, what does an actor go through? What is an actor’s process? How do you support the actor? How do you get them to where you want them to be? I try to apply this when I am directing because I am an actor. I know what is involved and I also know about the insecurities. I have found that in the doing of it that, apparently, I am very good at it. People have always come up to me at the end of projects and told me how much they have enjoyed it. As an actor, I most enjoy the language. I have studied a lot of literature before I trained as a classical actor. You can take everything else away as long as the language is clear, and the story rises in terms of the language.

ATM: What could a first timer who is attending PANAFEST expect?

Carlos: A lot of variety. We have 40 films from about 12 different countries. This year we have been grouping them by themes like comedy, relationship comedy, immigration, and documentaries. It is remarkable how much good work is out there. A lot of what we are trying to do is expose the artist and build networking opportunities for as many people as we can. We have 16 hours of screen time. We discovered that focusing on short films gives us an opportunity to expose more people. Our shortest short is about 2 minutes and our longest short is about 20 minutes long. The average is about 12 minutes of length for the films. We have gotten comedies. There is a couple of cases about immigration that are just heartbreaking. We have a couple of feature-length films. We have an action adventure film. We also have a wonderful feature-length film from Panama about the West Indie cultures.

ATM: What are things about your love for acting that you are still learning about?

Carlos: The learning never stops. The literature changes because actors are depending on writing. It is always a challenge when you come up across new material. Acting is an ongoing experiment. You cannot label anybody. There is no one set way on how to approach an actor’s part. You must use language as a tool. There is voice production. There is always a process going on and always something to learn.

ATM: Throughout your whole acting career, how has acting influenced or changed you are a son, uncle, and as a man. What about acting have you taken and implemented into your own life?

Carlos: Acting has been my life. I have been doing this my whole adult life and it has formed many decisions in my life. Little decisions. Big decisions, like where I live, and whether I would get married or not. I appreciate that I have had the ability of having been able to pursue what was really a calling for me. When I was growing up in Latin America, there were only about four honorable professions you could go into: lawyer, pharmacist, computers, or priest. God forbid you chose anything else. It is just not this way anymore.

I struck out on my own. I had a little bit of a rebellious streak. No one could tell me what I could and could not do. The fact that I pursued acting influenced my life completely. Acting took me to the United States and out of Panama. I could not have made it there. Acting was nothing; there was no industry there. I was fortunate enough to get a scholarship that changed my life. All of the decisions that I made from the time I was in school onwards had to do with striving to achieve my goal.