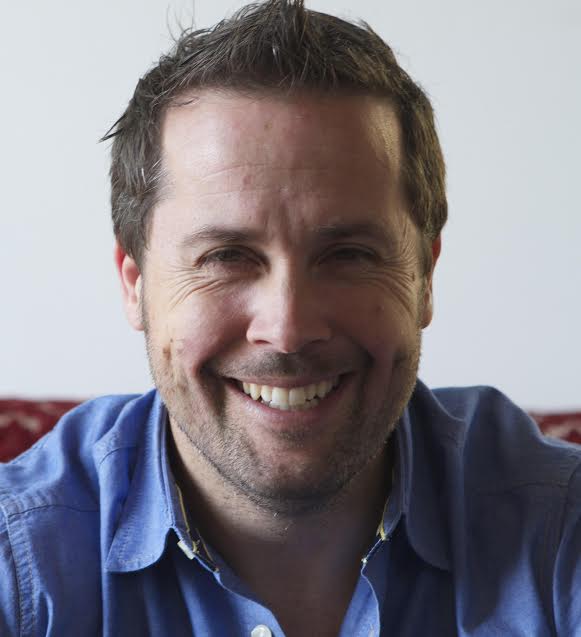 Reel 2 Real on March 22, 2018 0Likes At The Movies
ShareTwitterFacebookInstagram

Grammy-winning film composer Messina Mateo premiered his composed film “Blockers” at this year’s SXSW. The film stars John Cena, Leslie Mann, and Ike Barinholtz. “Blockers” is a comedy movie centered around a trio of parents who work to break up a virginity pack orchestrated by their children on prom night.

Messina works as the film composer for the upcoming film. He is no stranger to the film industry. He earned a Grammy for

ATM: Started playing music at the age of 3, did you ever once think you would grow up to compose for Hollywood films?

MM: I never thought of being a composer. I always knew I would do something great. I have always been ambitious and creative. I studied business at my university. “I had dreamed of writing a symphony one day but had no idea how to write one. I wrote an entire symphony the next and premiered it. It ended up being very successful. I was always playing music, and I started to learn about film composing. I left my job working in the internet industry. I was making a good living, but I had no life, no kids and not a good mortgage. So I moved out to Hollywood and never looked back.”

ATM: Who introduced you to composing films?

MM: About 20 years ago, a director named Stokes McIntyre asked me to make music for one of his films at the time. I did not really know how to do this. He said “You just wrote an entire symphony. You could figure it out.” I fell in love with writing for this short film. It was like shooting emotion inside of a story.

ATM: As you are a Grammy winner, what have you learned from back then to now as a composer for “Blockers?”

MM: You constantly evolve as a composer, especially with films. You are challenged with telling different stories. When I won a Grammy, it did not change me. I learned from every film. I have written for all the studios. You learn how to navigate the world of the directors and producers.

ATM: When did you get the notice that you were going to compose for the upcoming film “Blockers?”

MM: It is a funny story. The producer and director invited me to the screening at the Soho House in Hollywood. I was there with the crew and other writers to watch the film. I had only read the script. When introduced myself at the screening a couple of people responded: “Oh, you are the composer.” I responded “Yes.” It seemed like they had already made up their mind that was going to work as the composer. I was confused in a good way. I loved the film when I watched it.

ATM: Before you saw the film, did you already think of a natural way of how this film was going to be musically composed?

MM: Not yet. I read the script once to take in the message, and I read it a second time to study it The only thought that I kept already throughout the whole process was the movie felt like a chase. They are chasing the kids on prom night all over the place. I thought of using a big drum or percussion. I really awaited the direction of our director Kay Canon because it was her vision.

ATM: Where did you sit and write your music for this film?

MM: I have two studios. I sat in the writing room in Warner Bros and my personal studio. When you write for a film there are 35 scenes. You become used to it.

ATM: What are the challenges of writing for a comedy movie such as “Blockers” compared to a horror film?

MM: Of all the film genres comedy was more challenging because you are aware of the tone. You are constantly writing different styles for this tone. This tone comes from the director and their style of how they convey things to be funny. There so many different styles of tone people can take from comedy. Once you are in it you are writing different sounds. In one scene, I wrote music that sounded like a horror film.

ATM: How did you brainstorm the music composition for this film?

MM: That is a good question. No one has asked me this. I had wished to watch it again after viewing it once. I watched it a couple of times. I watched it with no music and then with the temp music. I was studying the film. Ideas would come into my head as I watched the film. I think about how my music would help the viewer relate to the film. Also, help them feel empathy for a 17-year-old girl just wanting to be out on her own to get independence. At the same time, the film shows empathy for the parents. These are real problems. I think about characters and emotion first. I listened to African, Central American, and South American instruments.

ATM: Aside from laughter, name other emotions you felt when composing this film?

MM: I loved the relationship between each kid and their parents. It was so authentic. The director Kay Canon is smart and funny. The scene where some of the characters were searching for a phone was one of the funniest scenes in cinema. I felt genuine fear. I love the feeling of establishing yourself. The girl wanting to move out to start her own independence reminded me of this moment in my own life. During the screening, “Blockers” felt like a roller coaster because people were screaming while laughing.

ATM: I would guess you have legendary composers that inspire you. How did this inspiration help you compose for “Blockers?”

MM: I was lucky enough to get mentored by film composer Elmer Bernstein. He was my favorite composer before passing. I would go to his kitchen and talk about the film with him. He has written a lot of brilliant film scores. Also, he wrote a lot of comedy scores. He wrote for “Ghostbusters” and many others. He was intuitive. He changed how comedies were written back in the 1970s.

ATM: Thanks for interviewing with ATM.

MM: You are welcome. You asked great questions. I have never been asked the brainstorming question. I liked it a lot.

“Blockers” is a film for the whole family to sit, enjoy and learn from each other. There is a message for teenagers gaining independence from their parents. And for parents learning how to cope with their children grow into adulthood. Director Kay Canon delivers a film full of comedy and sentimental moments that are entertaining. “Blockers” premieres in the United States Friday, April 6, 2018.