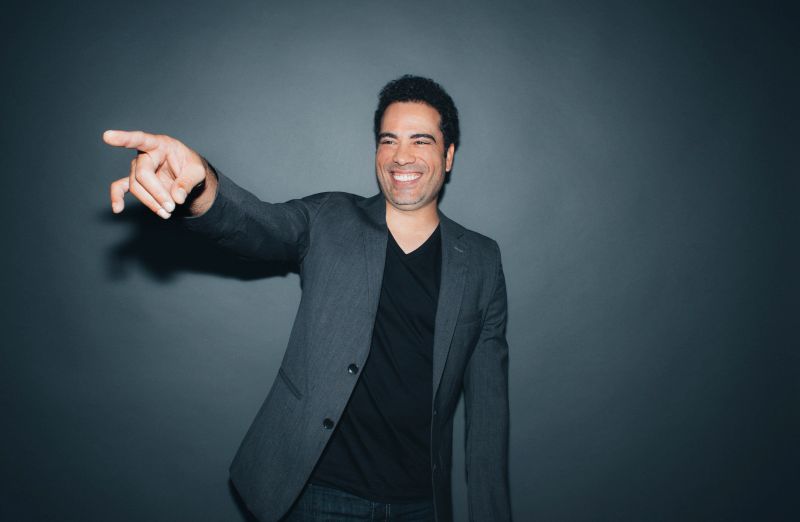 Reel 2 Real on November 7, 2018 1Like At The Movies
ShareTwitterFacebookInstagram

Sevier Crespo produced the recent film Deceived. Crespo plays a brother who risks a lot for the safety for his sister. He realizes sometimes people do not want to be saved while in dangerous situations.

ATM: What are some differences you noticed in the atmosphere while shooting in Puerto Rico compared to what you saw as a kid?

SC: Puerto Rico has grown. The areas are very modern today. Everyone has a cell phone. Old San Juan still looks like Old Spanish and it has barely changed at all since growing up. The cars are different. Some of the areas we shot in were the same.

ATM: What persona did you want the female main character Betsy to possess? What did you want your audience to learn from her?

SC: Everybody could use the help. Sometimes life deals you a hand that is not the most positive and you do the best that you can with it. Sometimes things do not work out. This is also with the choices you make in life and what causes you to make them. The fight that he has while looking for his sister is the fact that he also did not make the best decisions in the past. He also realizes what he should have done. He tries to make this right, but it is too late.

ATM: How could a real-life brother and sister relationship that is in turmoil learn from the connection with your onscreen sister in this movie?

SC: I do have siblings and while we made this movie, I thought about them a lot. To me, there is no question that you must help your brothers or sisters if they need it. I think the key is to make sure you yourself are in a good place and getting the help you need in life, so you are of value to them. It’s like when you are on a plane, if the oxygen masks drop, you put yours on first then those around you, and that applies to this question. My character in the film had his own issues that he needed to sort out as well as needing to help his sister.

ATM: How do you help someone that does not want to be helped?

SC: Number one, you make sure they know that you are there when they are ready for your help. You offer them solutions and gently check in on them but never enforce your own point of view. You have to make yourself available and try to offer help but ultimately someone has to

come to their own decision that they are ready to be helped.

ATM: What if the good intentions do not match up with the reality of the situation?

SC: You have circumstances in life. People get into drugs or find a way to get money for whatever reason. Whether it is an upbringing or an educational thing. It is almost like if someone drinks after work and this causes them to stay out late and not be ready for the next day. They do not understand why they keep repeating the same thing over again. This does not make them a bad person. This just means what they are dealing with and their circumstances are not the most survivalist way of operating.

There are no classes in the high school of how to balance a checkbook or how to create a budget for yourself. These kids get thrown into college and they become this young adult unsupervised. They are learning by bumping into each other. Credit cards approve them for an endless amount of credit. You did not teach this person anything about credit and how to survive with it. It is things like this. It does not mean they are bad people. It is very measurable. People will judge you on this vs looking at it being a part of your environment or circumstances. It does not mean you are a bad person who does not have goodwill.

ATM: What are three words to describe the film?

ATM: Explain why watching foreign documentaries without subtitles intrigues you.

SC: I really like watching people. People are fascinating. There is a documentary that is subtitled called White Hack. You have these regular people who are citizens helping each other. You hear bombs in the background destroying buildings. These are your regular mailmen, teachers, firefighters, doctors, husbands, and wives. They are running toward these locations to save people. This is an example of mankind being great. I am fascinated to see their storytelling. There is a saying that if you can watch a movie with the volume off and understand it, then this is the way to go. The message is being delivered. You can see the storytelling and the emotion of what is happening. It is interesting because you are dealing with filmmakers, creators, mankind, people, and stories. We have all seen stories told a thousand different ways and in scenarios. I always wanted to see how others are telling a story and how it relates to me without hearing the words.

SC: I do! I love Charlie Chaplin films. I watched the very first silent movie, which is just pictures with words on it. It had these title cards. These are fascinating and brilliant.

ATM: You see more of the emotions within the character.

SC: Exactly. They can feel “over the top,” but this was a part of the time period. The emotion and the fears.

SC: I have always been fascinated with maps and where things are located. Before moving to Los Angeles, I lived in Texas. They had something called the Thomas Guide. You had to find the Thomas Guide for that city or state. I would just sit there and look at all the maps. I could be watching a movie and become fascinated about the streets. I’ll go on Google Maps on street view and will cruise around. I’ll get a street point of view. I question if I would want to be there and who would I know. It is fascinating, and I like it.

ATM: This is a very smart way of traveling.

SC: It is a very cheap way of traveling.

ATM: You can go to like 50 places in five minutes.

ATM: Are they any other projects in the works?

SC: I have a few films that are in development. We already have the financing and things in place for Subversion, which will start during the first quarter of next year. I have another project that I am looking to go back to Puerto Rico for, which is in the same stages. It is going through the process of signing contracts and casting. This is called Killing Class. This is primarily a 90% Puerto Rican and Hispanic speaking cast. This is a Raising Arizona meets Fargo and Three Billboards Outside of Ebbing type of film. I am very excited because it is very mainstream without it being mainstream. It shows this aspect of it to the rest of the world. Puerto Rico is a part of the United States and we are U.S citizens. African American films have escalated tremendously and have been a massive huge success. They have crossed into this mainstream. Now you have more television shows and feature films. For me, I am excited for this on a Puerto Rico level and style.

ATM: Explain the decision making of your interesting titles.

SC: Subversion is based on overtaking the control of government and corporations that cross paths. What are their intentions? This is very much a psychological thriller. It is like Sicario with the foundation of usual suspects. What you see is not really the outcome. Killing Class is kind of playing on words. This is based on a true story. The names were changed. It has to do with one of the character’s name. His last name is Class. It is about killing this character name Class and it is also about social class.

SC: When I was brainstorming about what to name my company, people responded well to the name and it was catchy. It comes from an old Vaudeville term. I am Puerto Rican, so I am feisty, edgy, and creative. I have been known stir the pot a little and play outside the norm and take risks. I like to show people what they are not used to and this name really encompassed all of that for me.

SC: It is funny because I grew up eating peanuts with my family and my dad. I grew up eating Peanuts and watching baseball with my dad. We would watch baseball and eat peanuts out of the bag. We, of course, made a total mess. My mother would hate it. I still see my dad eating them. You cannot ever just have one peanut.

Director Wes Miller Tells Us Why the ‘River Runs Red’

HOW THE MARVEL CINEMATIC UNIVERSE FOUND SUCCESS IN AVENGERS: INFINITY WAR AND ENDGAME