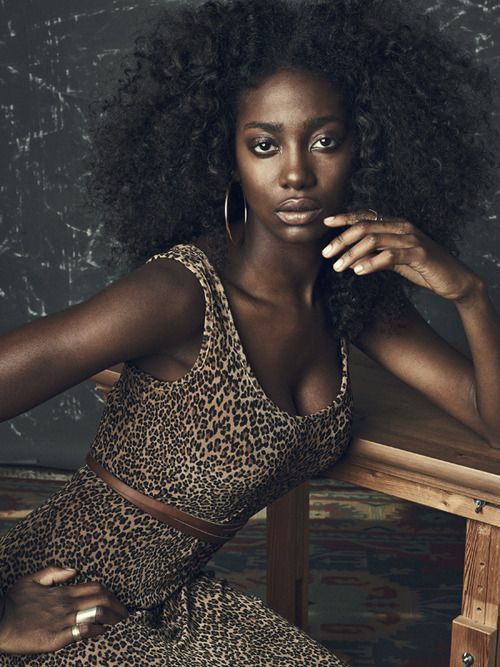 Spotlight on May 15, 2018 0Likes At The Movies
ShareTwitterFacebookInstagram

Mouna Traoré recently earned a role on BET’s new series In Contempt. She is no stranger to the entertainment industry. She is a part of two Canadian television series Rookie Blue and Murdoch Mysteries. These roles provided her with the wisdom to portray the role of Vanessa Hastings. Vanessa is a shy conservative and driven public defender. Traoré has a lot of similarities to her character Vanessa, which allowed her to vicariously live through the lines of the script. She discusses with ATM  her upbringing, thoughts before earning the role, and gives insight about Canada’s justice system.

ATM: Describe to me your character Vanessa Hastings on BET’s In Contempt.

MT: An ambitious attorney that is anxious to get the real trial experience. She is not ready for the reality of what public defenders deal with or the reality that the client lives. Vanessa has grown up in an isolated, suburban, and privileged community. She has not been exposed to the reality of minorities. Have you seen the show? If so, are you team Charlie or team Bennett? Come on tell me. Which one? Do you like the show?

ATM: Yes I have. I am team Charlie for now. Is your character going to come out of her shy bubble?

MT: She might become challenged and tested. Vanessa deals with a lot of backlash from the other characters on the show. This world seems very brand new for her and she has to figure a way out.

ATM: How do you feel about your character having white parents? I enjoyed the scene where Tracy comes up to the car to find out your parents were white. Your character says to Tracy “So you are not going to telling anyone right?” Then Tracy responds, “Why, should I?”

MT: Her character is so petty on the show.

ATM: I feel her character is very funny. (chuckles)

ATM: Did black people perceive you as white?

MT: Yes,  people perceived me as whitewashed.  I took piano lessons and did things that did not match other people’s stereotypes. My mother is from Haiti and my dad is from Mali. Both of them are french speaking and my father is Muslim.

ATM: Knowing that your personal life sort of merged with your character, when did you actually receive the script?

MT: I got the script when I auditioned in 2017. I treated like it was any other audition. I thought I would never get the role because it was BET, which is American.

ATM: What made you believe this theory?

MT: Especially for me, American shows in Canadian usually cast all Americans. So, this made me go into the audition saying, “I would never get the part.”

ATM: Well you got the part. (chuckles)

MT: I know. I could not believe it.

ATM: Back to you growing up with white parents. Would you say this helped you possess the same qualities of your character Vanessa?

MT:  Feeling like you do not belong anywhere. Sometimes feel I like the outsider and like I never actually fit in with other people, which is similar to the social life of my character. Similarly, my character does not fit in with the public defender’s world or anywhere. I was able to emphasize with Vanessa a lot.

ATM: I agree. When Charlie says, “You have to get your hands dirty.” Your character makes a face expression contesting that she did not sign up for this. She says something along the lines “I wanted immigration and housing issues.”

MT: She lives in her own little bubble and does not go far past it. Vanessa gets into the situation where she must deal with criminals. Also, Vanessa must deal with the judgment of the people at work. My character’s rich lifestyle and people not taking the time to understand her is why she socially cannot connect with others. Vanessa is judged because she has money and people do not take the time to understand her. I have had these experiences in my life. It was interesting seeing how we connected. In contrast, I would never dress like Vanessa.

ATM: When people outside of the entertainment watch television shows or films, they think celebrities have the exact same personality as their character. I feel it is hard for regular people to detach or understand the real person from the character that is portraying.

MT: No, this is not true. I am totally not super hygienic. My character has a cool thing about hand sanitizer. It is interesting that people actually think like this.

ATM: Yes, the spray! Vanessa makes me laugh everytime she uses it. What do you believe this show is sending to the millions watching all over the world on Tuesday nights?

MT: This show confronts what goes on in America as far as the criminal justice system. Additionally, this show looks at the treatment of black people and really educates people about the bond system. A few other aspects that In Contempt focuses on is how the justice system praises and makes money on poor and black people.

Traoré’s character on BET’s In Contempt lives outside the social atmosphere of the general public. She was raised by white conservative parents, which puts her at a social disconnect with the rest of the characters on the show. She is considered the social pariah on the show for now because of her different perspectives on the black community’s struggles and hardships. Aside from co-starring on this series, Traoré is a co-founder of a production company, The Mini Films. Tune in Tuesdays at 10 pm on BET to watch In Contempt.