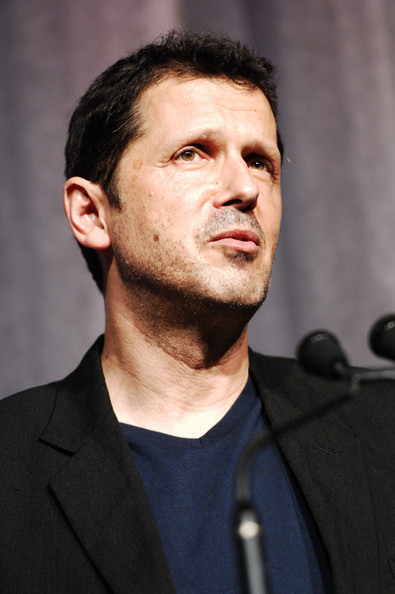 Reel 2 Real on May 15, 2018 0Likes At The Movies
ShareTwitterFacebookInstagram

Peter Webber is best known for Girl with a Pearl Earring and Hannibal Rising. He holds a Polish Academy Award for Best European Film. Webber is the director for the Netflix film PickPockets. This film is about the character Fresh who pickpockets as a way of survival in the streets of Bogota, Columbia. Fresh and his best friend Doggy become more involved in the psychological and strategic aspect of pickpocketing. The film is centered around an expert, Chucho, who takes them under his wings to show them how to pickpocket without violence. Fresh becomes involved with love and struggles to fix his personal issues of his own. Webber talks with ATM about the making and the cross-cultural aspect of Pickpockets.

ATM: How did making this film make you feel about the film industry?

PW: It was a great experience and I felt less cynical about the business after finishing it. This was supposed to be my first ever movie and I felt happy to go back to my roots and finally complete it.

ATM: Why did you choose Bogota for your story plot?

PW: I had been making a documentary in the Colombian Amazon living with a remote indigenous tribe. When I came back to Bogota I realized that my script, which was originally set in London was a perfect fit for the gritty, edgy streets of Bogota. Having fallen in love with the city and the country, I decided to reset the film there.

ATM: What characteristics were you trying to let the audience see in Fresh?

PW: It’s a coming of age tale, a fable about rejecting violence and trying to choose the right path in the dangerous and criminal world he finds himself in.

ATM: What would an alternative ending to the movie have been if you could redirect the film?

PW: Fresh goes to find his father in America and we set him up for a new chapter in his life. I love the way Truffaut followed Antoine Doinel from “400 blows” through different chapters in his life as he aged.

ATM: If the main character in the film was a female, moreso Juana than Fresh, how would this have changed their vision for directing this film?

PW: Juana comes from a more privileged background, so it would have been a very different story about a young woman is looking for thrills on the wrong side of the tracks.

ATM: Take us through a day shooting this film in Colombia.

PW: We shot in real locations around the city, often in a “guerilla” style putting our characters into crowds and real situations. We worked fast with a very stripped down unit and as much as possible tried to capture the reality of life in Bogota. Having said that, the film is a thriller and has a stylized element to it so we weren’t making a piece of social realism. I think of it more as a fable than as a slice of reality, but we tried as much as possible to capture the real energy of the streets and the wonderful locations Bogota has to offer.

ATM: What response should we have as to think about the Colombian culture?

CW: The film has a strong sense of place, uses mostly local music. I just wanted to capture my love for the city. It’s a universal story set in a very distinctive locale.

ATM: There are a lot of crimes, but why did you pick to direct a film on pickpocketing?

PW: I think there is an art to it, it relies on skill rather than violence.

ATM: Pickpocketing requires a lot of knowledge of how the mind works. Do you think toward the end Fresh learns this?

PW: What he learns is that the most important skill is misdirection – taking the attention of the victim away from their possessions. He learns the importance of working as a team. And his dislike of violence is re-affirmed by the mistakes his good friend Doggy makes.

ATM: Near the end, do you feel Fresh’s purpose of pickpocketing transformed like Chucho suggested it would?

PW: In the end, he is trying to save his friend Doggy, to help his mentor Chucho, and to resolve the difficult situation he has helped to create as the kids find themselves out of their depth in a world of vicious adult criminals

ATM: What do you think this says for the minds of Colombian screenwriters and directors or how does this make you think?

PW: Part of what the film explores the mindless machismo of violence in criminal culture and the way Fresh rejects this path.

ATM: Describe the morals an individual should take from this film.

PW: The most important thing is to reject violence.

ATM: What was the age group in this film?

PW: The film was inspired by an incident I saw in London with two teenage kids running away being chased down a street and I tried to imagine what had happened to them. It would have been a very different film if the protagonists were older. I wanted to explore their relative innocence and naivety and to see them learn the consequences of their actions. I wanted to make a coming of age story.

ATM: From your perspective, how did you want to capture the romance between Fresh and Juana?

PW:I I just thought about the story and the characters. And the mood I wanted to create. And I wanted to show that Juana was the one with an agency, the one who was in control of the relationship and who was the seducer, not a passive female. I also wanted to make sure that she made Fresh take his top off just as she did in the love scene.

ATM: Take us through the film of the Opera scene.

PW: In fact, we had to do it incredibly quickly as we only had a few hours in the theatre. As it was later in the shoot the actors had learned their pickpocketing skills well, so we were able to use semi-improvised moments and handheld cameras. The music in this scene was composed by Rossini – The Thieving Magpie –  is a homage to Stanly Kubrick – it is used in Clockwork Orange

ATM: What did you learn as a director from making this film?

PW: I learned a lot of Spanish from this one. Also, I learned to love my actors, where sometimes I’ve maybe been a bit distant and withdrawn. And I learned how important it is to make a passion project. This one took me almost 15 years to get off the ground, but I persevered and finally did it.

ATM: What was the dominant age group in this film?

PW: The teenagers – it’s a teen movie. It’s about teenagers and it’s meant for a young audience.

Webber’s film allows a person to understand non-American life and how young adults grow to understand society. Pickpockets help an individual recognize how life is without living with rules but living as a rebel. Fresh is a male character that developed throughout the film into a young male that is on a road to discovery. He realizes that the things that were important are not so much important anymore. In like manner, he stops being under people’s authority. His love interest Juana is a part of this character’s development because she unleashes an ambitious side to him.

Lin-Manuel Miranda | IN THE HEIGHTS