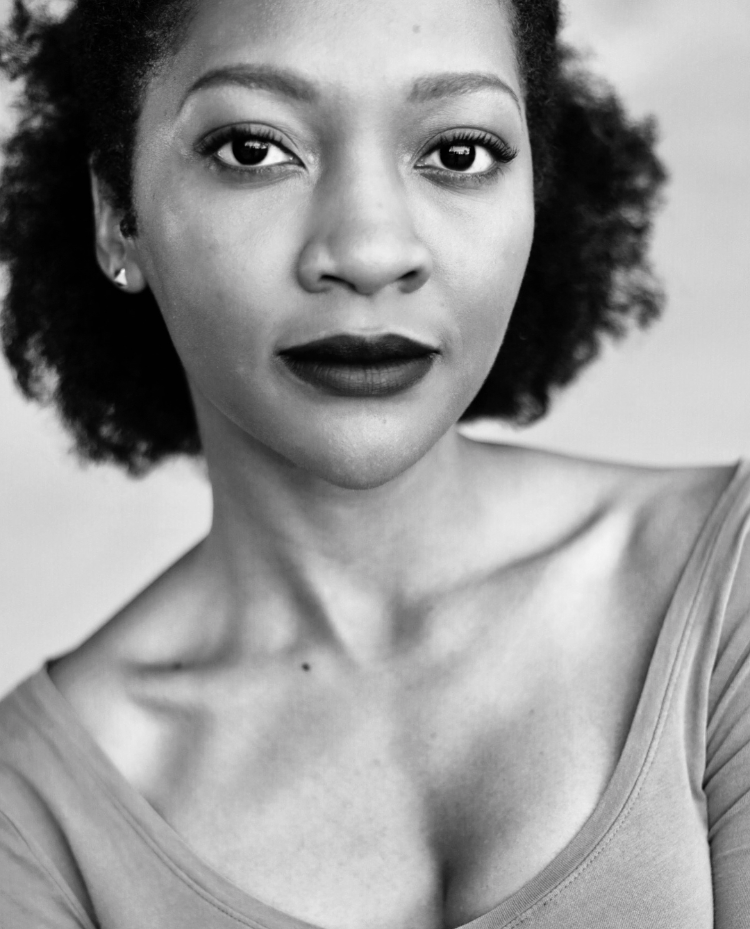 Spotlight on September 9, 2018 0Likes At The Movies
ShareTwitterFacebookInstagram

Remember the character that portrayed Bobby Brown’s sister crying about her finance at the hospital? Darnell Rhea portrayed this character as Carolyn “Coop” Brown. She embodied the emotions and the visual aspect of this character by focusing on learning the relationships between the family. By doing so, she spent a lot of time talking to Bobby’s sisters to prepare for this remarkable role.

ATM: Were you guys on a really strict deadline?

DR: Yes. It was a short production schedule than normal. There was a lot to get done and we had to get it together.

ATM: How does a normal production schedule flow?

DR: We shot two movies. You have night one which is a full hour and a half of television and then night two. It was shooting two movies in the same time frame of one movie. It was very interesting.

ATM: What more knowledge did this film allows you to gain about Hollywood?

DR: It has taught me that things have changed. There is a shift happening in Hollywood that more people should be grateful for. It showed me the difference in how things are going now compared to back then as it relates to people’s behavior with interacting. This could be just acting on set or in your daily life. There are not a lot of things that can be hidden. We have social media and the internet. There is not a lot of hiding. You have to work hard to keep things in the dark. A part of this has been amazing and some part of this is relaxing the privacy some people have. It is what it is.

ATM: What aspect of a family did you learn more about?

DR: My view remained the same which means a family is complicated. I have a positive relationship with my personal family members. I get reminded that everyone does not have this in their family. This is something that reminds me to be grateful for something I do have with my family. I have to continue to nurture this because it is very important. This is something to not take advantage of. Sometimes you say it is family and it is supposed to work. Sometimes people who are not blood related become your family. Being a part of Hollywood can be a burden on family relationships.

DR: Being in the public eye and having family members’ portrayal on television. Bobby is telling his story and also in part telling other people’s story around him. This is not always going to settle well with people. You think your point of view and story is getting told, but then other people might say how dare you. This is not always the exact way that it went in real life. There are certain things tweaked for Hollywood. This is not taking away from the truth of the stereotypes. People say this is not how it happened or this is not exactly what I said.

ATM: Over time you have to paraphrase. No one is going to remember all the exact words.

DR: Or certain things happen. The person that brought the news to Bobby about Whitney’s death was not the actual person that brought it to him. When it comes to who is available the day we had to shoot this scene, then you said well this is not the same person but a person with similar relations. It is work. It is Hollywood. This is a schedule and availability. You are telling the story, but every small detail might not be exactly how it was.

ATM:  How would you describe Bobby Brown as a music artist?

DR: Right. It is obvious. He gets up to dance when hearing the music. He is a true performer. You can tell it speaks to his heart. The music and the dancing. You can tell that it is ingrained in him to be a performer. He loves it.

ATM: What questions came to your mind?

DR: I wanted to make sure the relationships were right when playing his sister. I asked, “What is your relationship like with your sisters?” What was it like when this happened?” My character Coop lost her fiance. I asked, “What was going on from your perspective?” “How did this affect the family?” There were questions about caring for Bobby Kristina while in the hospital. “What was it like?” We were coming in, bathing her, and reading to her. People were rotating in and out. Everybody was coming and going. These types of questions helped us to know what it was like. They lost their parents so close together. “What was this like?” We might already know what this is like. It was about figuring out what people’s relationships.

ATM: Talk more about the scene where Bobby’s character comes out of the Boston club drunk with your character’s fiancé. Your fiancé sees the men in the club and asks, “Bobby do you know them?” Bobby replies no. Your fiancé then hurries to the car as he sees a black van. Bobby is reluctant to see this because he is drunk. Then BOOM. The scenes goes to the hospital. How did you be

DR: I had to do a lot of imagination work about their relationship. I was going to the beginning of everything. What was it like to be with one another? What was it like to be in love? You decide to be with this person. He says in the movie that Coop has supported him like no one else has. How did we get there? When was the decision made of me being his rock? It was going through all of this. It came to the point of before you could even get to marriage and to have it taken away so suddenly. I had to go through the day. “I had just seen you. You were just with my brother.” The next thing is that you are gone.

ATM: This scene was very heartbreaking.

DR: It was. It was the introduction to the tragic events that were to follow.

DR: Everybody was in their feelings that night. Twitter was going crazy with crying emojis. People were losing their mind. I was like this when reading the script. I had not known a lot of this tragedy had struck their family. I had to put the script down a couple of times. I was like “Oh my God. How do you go through this?”

ATM: How many times did you cry to perfect it? You were hitting Bobby’s character.

DR: We did not have a lot of time. I had to come out of the gate with it girl. I had to be in it from the van ride to the set. I do not know how it would be going to the set. I wanted to crown around with T.K. and Sandi but could not. I could not talk to anyone. We did four or five takes. We had to get the choreography right. It was on a steady camera. Bobby and I were turning.

ATM: Would you say that Bobby is a strong person rather than the negative connotation people put on him?

DR: He and his early career become the conspicuous story and bad boy persona. You come from current behavior and come into the

coming of age stage. You see this is a person who has had these experiences. He is here now. People do not know about his current life. He is married to Alicia and they have kids. Bobby is a father and a husband. He is grounded and not out here wilding out every night. He is still a performer. Personally, I see all of it when seeing him. Bobby is jovial, friendly, generous, and always loving. He is a happy person, but you can see the experiences. You see the effects the stroke has physically had on him.  The years of the things he has gone through. You are not looking through the eyes of someone who is new to life. You know that you are talking to someone that has been through fantastic and amazing things, but also dark things.

ATM: Do feel when he created the bad boy image in the early stages of his career that he was not aware of the later consequences down the line?

DR: I feel there was really no decision. This is only me speculating. If you take someone who is young, and they have a big career with New Edition and a solo career, then it consequentially has a dilatory growth on him as a man. You are being pulled onto tours and you have fans. You are also at the same time indulging in real life. You have relationships, a girlfriend, a baby on the way, and a family in Boston to take care of. You have all these things going on with the distraction of Hollywood. Some of these other things are going to suffer. It takes a while for these things to catch up. It takes a while for you realize what is going on in your life and to take a stand. This is one of the great things about the movie. You see the bad boy persona of a young guy living out his life. It was like if you are going to put it in front of me, then am not going to say no. Bobby comes into the point of realizing there are kids now and that he still has a career. He steps into this. This takes a while. The process might have been a little slower than someone in college, getting their dream, getting married, and buying a house. The growth might come quicker for these people.

ATM: You see this in the scene where Bobbi Kristina’s character picks up the cigarette. She says, “Are you really an adult?” After this, he realizes to set an example.

DR: You have to re-evaluate some things when any child is looking at you as not an adult.

ATM: Explain the scene where Gabrielle Dennis’ character Whitney Houston is in the living room playing cards with the family.

ATM: She nailed the accent.

DR: People tried to figure out what this would look like and everything that was on board. She came in and did her thing. You could not help but be on board. You better get on this train because she acted her ass off. This was our first scene with everyone. This was the day we met each other and went in front of the camera together. I am not sure how it is with your family but we are diving into a moment where it can be crazy.  People drinking, talking, and playing spades. We were diving into a personal moment into the family. She is newish to the family and trying to blend in with them. Dennis’ character goes to the bathroom and wants Coop to play her hand. She knows Coops knows how to play and we are going to win. It was about the fun things happening in the family.

ATM: So, do you really know how to play spades?

DR: Absolutely. I go around the city taking names.

ATM: Did you all play spades off set?

This film takes a serious close up on the life of Bobby Brown. Rhea saw him 95% of the time on set. Brown and his wife Alicia Etheredge Brown were the producers of this film. “You got to be there meeting the people who played their best friend from high school.” Rhea was able to talk to the real people about how things went down. They watched on the monitor, played around, dancing, singing and played around.