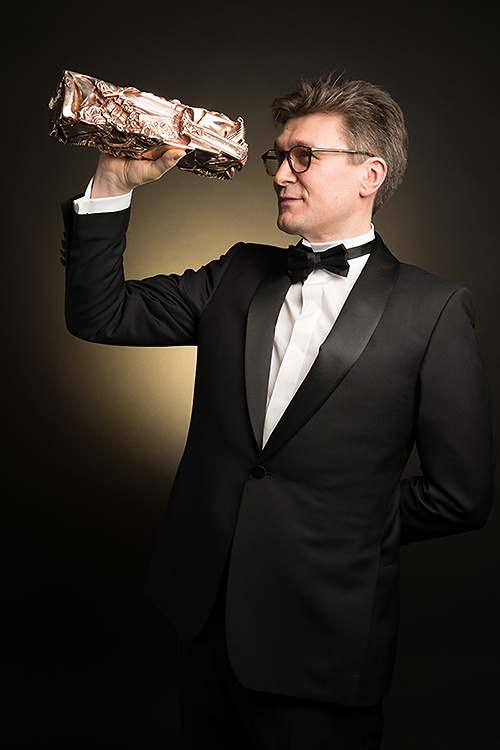 A Talk With David Rosier

Reel 2 Real on May 26, 2018 0Likes At The Movies
ShareTwitterFacebookInstagram

On the recent released film, Pope Francis: A Man of his Word, producer David Rosier, became a part of a very important documentary  working closely with  director Wim Wenders. A conversation at an Oscar party started the vision for this film and Rosier became a part of its movement. The documentary shows the impact and influence Pope Francis has on the world with transforming and healing souls. Rosier discusses with ATM the films impact and his experience on working with this film.

ATM: Describe your role with the film.

DR: My first role as a producer was to design the structure of the European co-production and supervise the development process. Then, I

worked closely with Wim Wenders to make the artistic choices, from scouting, hiring all key members of the team and be on the set with the director.

But my most important task was to supervise the day to day operations from pre-production to the last step of post-production. And another role, which I played, was to participate in the writing of the questions we asked the Pope and in the editing of the film.

ATM: Explain the full experience working along with the Pope.

We had four exclusive encounters with the Pope. Each time we had the possibility to ask him more or less a dozen questions during approximately one hour. So, the big challenge was to prepare a “catalog of questions” for these interviews and select the final ones the pope would answer. I remember the Pope as someone very clear and with such a strong presence.

After the end of our second interview, he came to say hello to each member of the team. As he was looking at our equipment he told us “I hope what we’re doing now is going to bring some light into the world, otherwise it would be better those machines didn’t record anything”, and he left laughing. That was a really great opportunity to get to know him.

ATM: What was the process of pre-production and post-production?

In pre-production, preparing the catalog of questions was an important part of the job. We were totally free to choose the questions we would ask. We never received any guidance or inputs regarding this. The responsibility for the questions was totally ours.

When I worked with Wim to select the team and key members of our crew, we were happy we could work again with Maxine Goedicke, who was the editor of “The salt of the earth”. In the post-production process, the editing work is super important in shaping the final form of the film.

ATM: What message did you want an individual to take from this film?

More than a message, I hoped this film would provide the viewer with a moving experience. By this, I want to say I wished the universal sense of the Pope’s words could represent something of importance regarding its relevance to our times.

ATM: Take us back to the day/moment you decided to work on this film project.

The first day the project was presented to me was the day after the ceremony of the Oscars in 2015 when Wim Wenders told me about the possibility to do a documentary project in collaboration with the Pope. And I remember clearly that I immediately thought I wanted to be part of this adventure.

ATM: Why do you think it was so easy for the Pope to open up to us?

I think the Pope didn’t have any difficulties in opening up to us because as a spiritual leader it is part of his mission to say what he stands for and to transmit his thoughts. Also, I think that Wim’s idea to use Interproton (a sort of teleprompter which permitted the Pope to talk directly to Wim) made things easier for him.

ATM: How do you feel Pope Francis can help the division in this world?

DR: The current Pope appears to be different in that he doesn’t talk strictly about morality or about what people should or shouldn’t do. He clearly comes back to a message of love and brotherhood. And I think it helps everyone to think of ourselves as a part of a whole and not as isolated islands.

ATM: Did your viewpoint on life swift or transform after this documentary?

DR: Because the Pope chose the name of Francis, I was very impressed, as I studied for the film, by the life of Saint Francis. I discovered the deep gratitude he had for life and the creatures of the universe. His state of consciousness inspires me a lot.

ATM: How did you condense the numerous number of hours into the world’s view of 90 minutes?

DR: That’s what we can call a major editing effort. Though we found what the Pope said to be rich in information, wanted to limit the film to 90 minutes. But the editing started through the long process of selecting the answers the Pope gave us. We also searched through the Vatican archives.

I think that we had reviewed more than two hundred hours of footage that we had to translate: speeches from the Pope, trips, his audiences. There was so much material to select before finally finishing the film. It really was in the editing room that the documentary was finally written.

ATM: Are you working on any other film projects?

DR: After two documentary films, I’m now working on developing a project for a fiction film which will be shot in the US. It would be a co-production between Europe and the US.