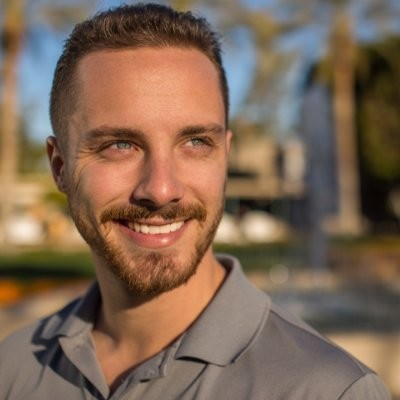 Spotlight on July 5, 2018 0Likes At The Movies
ShareTwitterFacebookInstagram

Danny McManus is the founder of an Arizona production company called Dmak Productions. He has a team that works in video production, video editing, 3d Animation, motion graphics, story-boarding, and green screen production. Most of their specialties are in making marketing videos for corporate companies. This production company started in 2011. McManus says, “I started it after college. I could only get my hands on free things and things with little to no money. We started to work with branding and re-branding content with corporate videos. We have grown our reach over the past seven years.”

This Arizona company doubles their accomplishments by 50 percent every year. “We are currently doing feature films and also we are doing it for television.” He has turned a struggle into a success. McManus and his team recently released their first feature documentary film. This film is about him and his partner’s fraternity experience while at Arizona University. Aside from films they have worked with big name companies such as Dennys, Cold Stone Creamery, Casino Resorts, and much more. Also, they are currently producing a lot of production sizzle reels. Dmak Productions has worked with Men’s Health. “We did an instructional video on workout tips for a regimen they were creating. We cut the videos into short form for web content.”

The Arizona resident has made his way to television distribution. McManus says, “We just had our television show get picked up. It is a mechanic shop that deals with electric cars. The show is called Motorsports Masterminds. We are in the beginning stages of productions.” In addition to their show, McManus talks about the Arizona film scene. “The film scene in Arizona is kind of sparse. Unfortunately, we have zero tax breaks for films. A lot of the times our state gets skipped over for states like New Mexico and they receive the money for films. A lot of the films that are getting produced are indie films. Our film was definitely along these lines. I hope the film community grows in Arizona because there is a lot of talent above and below the lines.” What do you think can change this? “Legislation would help definitely. We need new tax legislation that would give us tax breaks for filmmakers. This would without a doubt bring more film and television productions to the state. We need better school programs. We need better high-quality equipment. More successful filmmakers and film schools. This starts with the schools, but also it starts with the legislation,” says McManus.

McManus and his team are currently working on films and gearing up for the release of their television show about mechanic cars. As once college fraternity brothers, McManus and his partner have started to live their dreams working in the production industry. Arizona needs more inspiring filmmakers and people with a drive to do excellence in films and television. The release of his show Motorsports Masterminds is available on your local listings.

Benjamin Swatez and ‘The Goodness Tour’

2020 OSCAR PREDICTIONS: WHO WILL WIN BIG ON HOLLYWOOD’S BIGGEST NIGHT