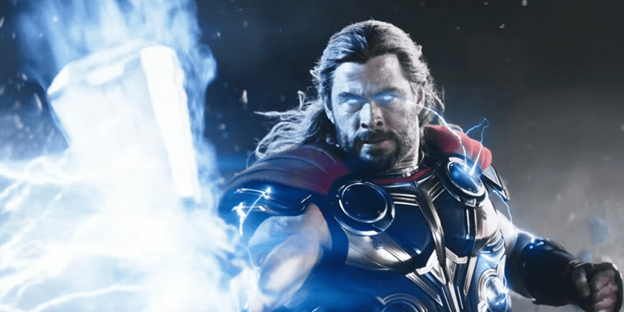 It’s that time again to look forward to the following slate of offerings in the next month of theatrical releases. June saw the releases of Jurassic World Dominion, Lightyear, Elvis, and The Black Phone. While they barged into the party with solid albeit unspectacular results, Top Gun: Maverick and Doctor Strange 2 have been legging out, particularly the former, as it has flown past $1 billion worldwide. Tom Cruise showed the world that the wait does offer the best possible reward.

Now, July will initiate on Friday with the first significant release of Minions: The Rise of Gru. The Despicable Me franchise has remained well-liked amongst families since its first feature film in 2010. Steve Carell returns after his voice was missed in the predecessor spinoff in 2015, even if it attained $336 million domestically. The tiny yellow henchman will easily top the Independence Day weekend, aiming for a $65-75 four-day hold. Granted, the quieting times of COVID and summer heat will hopefully drive more towards the theaters again. Looking at the past family movies this year, Sonic The Hedgehog 2 earned a substantial $72 million over President’s Day weeken. Still, Lightyear buckled with a $50.6 million debut (due to massive competition) despite the Toy Story IP. Minions 2 still has to deal with Maverick’s James Cameron legs, so best of luck with the animated motions picture.

The second weekend of July will offer the next adventure in the Marvel Cinematic Universe, Thor: Love and Thunder. Arguably the most anticipated summer film, the next journey with Chris Hemsworth’s God of Thunder will offer plenty of comedy, romance, and adventure. Director Taika Waititi returns after helming the successful predecessor, Ragnarok, which opened with a $122 million weekend and $854 million worldwide. Ragnarok rejuvenated Thor and gave him compelling arcs in the Avengers: Infinity War/Endgame while allowing Hemsworth to increase his star power further.

What tips in favor of this film is not only the Marvel IP and return of Waititi, but the marketing promises a fun fallout from Endgame, the inclusion of the beloved Guardians of the Galaxy cast (probably a cameo of sorts), and the return of Natalie Portman’s Jane Foster (finally) wielding Thor’s hammer. Oh, and Christian Bale’s delightfully creepy inclusion as the villain, Gorr, will surely draw eyes. In the past seven months, Spider-Man: No Way Home and Doctor Strange in the Multiverse of Madness reinforced the MCU’s popularity (even while not playing in China, Russia, or Ukraine).

Speaking of Mr. Peele, his third entry, Nope, promises a horror sci-fi outing with UFOs, aliens, and technology. The trailers/marketing have stood riveting and innovative thus far, even if the second trailer may have dropped too many details about the plot. But Peele knows how to suck the audience in after his Get Out and Us masterpieces. The latter, in 2019, opened with $71 million for a live-action original, the second-highest ever behind Avatar’s $77 million. There is no guarantee that it will break this record as the pre-sales have remained soft (keep in mind, non-IP horror films rarely generate significant upfront sales). But, let’s stay optimistic as Jordan Peele has improved on M. Night Shyamalan’s original, high-concept horror ideas so far. For now, we’ll say a projected opening weekend is between $50-70 million.

Paws of Fury: The Legend of Hank and Where The Crawdads Sing are eying between $10-20 million on their opening weekend (July 15th). And DC League of Super-Pets will aim for a $20-35 million opening on the last weekend of the month.

Bullet Train will be the last major blockbuster of the summer in August, while re-releases of Avatar and No Way Home will occur in late August/September.