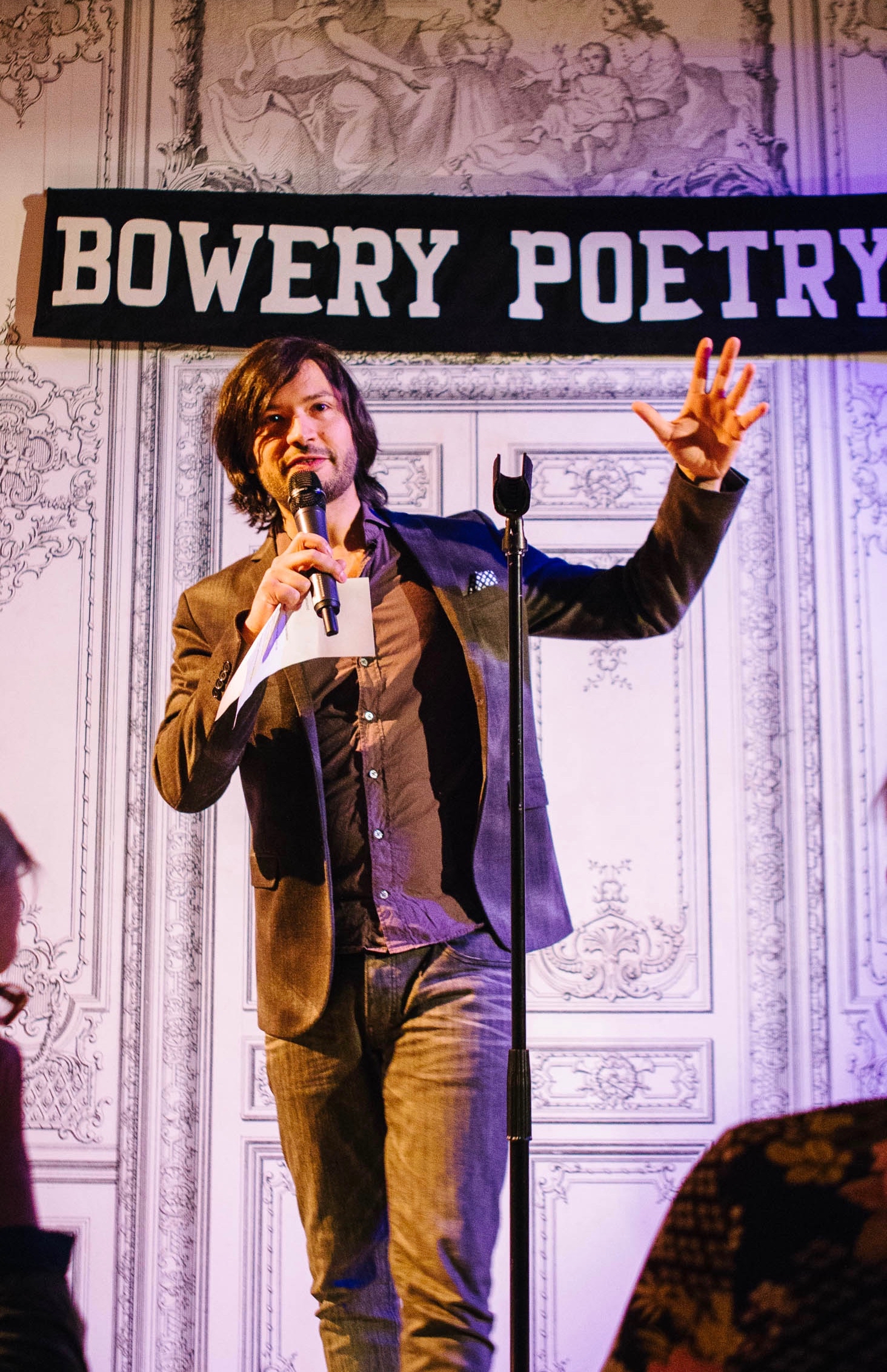 Spotlight on July 5, 2018 0Likes At The Movies
ShareTwitterFacebookInstagram

Nikhil Melnechuk co-produced Don’t Be Nice in downtown New York City. The poets in this film dives deep with the definition of what it means to be a poet. We see a different and modern energy toward poetry. Melnechuk talks to us about the poetry scene and about the film.

ATM: The title of your film made me skeptical, “Don’t Be Nice.” I did not know what to expect. It was nice to have Ashley opened with a powerful voice. Explain how you became the overseer for Bowery Poetry. Also, when did you think to start the film.

NM: I took it over in 2013. The founder established it in 2002. In January 2013, I hired Ashley to create the slam for Bowery Poetry. She creates an amazing scenery. We figured out we had a central character to be a part of this and that the energy around the slam could turn

We started to think about a film shortly after. She was host slam every Monday. After the second week, we called in a couple of people. I called in Max Powers, who directed the film. I called in Cora Atkinson, who co-produced the film with me. We talked to a nonprofit partner. We noticed the poets were getting very political and expressing themselves truthfully.

ATM: What do poetry mean to you?

NM: The clearest and most true way of saying something that is very personal to you. A desalination of thoughts or feelings of taking what you see in the outside world and channeling it through the crystal of your soul. To take the time to have the passion for saying the right words in what you mean.

ATM: What is your take on the poetry scene today?

NM: The poetry scene is fired up. People are starting to look to poets in a time where it is becoming harder and harder to trust news and the official story of anything. Poets are really stepping up to this responsibility. The poets in the film have really become spokespeople in their community. People are expressing in an artful way what it makes to be them and a part of the world.

ATM: While Mega is performing his “8 stages” poem, a person lyrically is witnessing his life being unfolded with different letters from words departed from the alphabet. I watched this scene three times. How did you respond during this particular poem?

NM: This scene is the perfect example of what their coach Lauren was trying to get them to do. She wanted them to pull from the story within a story. At the beginning of the movie, he was a person that wrote very academic and detached poems about his jazz icons.

ATM: Do you recite poetry?

NM: Yes. I do not identify as a spoken word poet. I am completing in slams, but I am obsessed with slam poetry.

NM: This is a short poem Smooth I said in a film called Love Beats Rhymes. It was directed by RZA and came out earlier this year.

Smooth moments in my frantic life

I sway to jazz saxophone

A flute of red wine spills on my loose grin

Fresh fish plates in my mouth

it grows with self-doubt

How to be cool again

Breed blues forget me and do you

We are face to face

I been waiting for this chance for the longest

And I got this chance

I’m not backing up now

You said that your better than me

Give me your best shot

NM: This is nice. This is good for an audience. You have to get up to perform it. Everyone can relate to it.

ATM: This poem is about competition against the world. Have you ever heard or read a poetry slam in an interview?

Melnechuk co-produced Don’t Be Nice in New York City. As the director of Bowery Poetry, he filmed poets detaching themselves from the average standards of poetry. In this film, these poets found themselves and, in the end, it was not about winning the poetry slam competition. This film is currently being filmed at various film festivals.