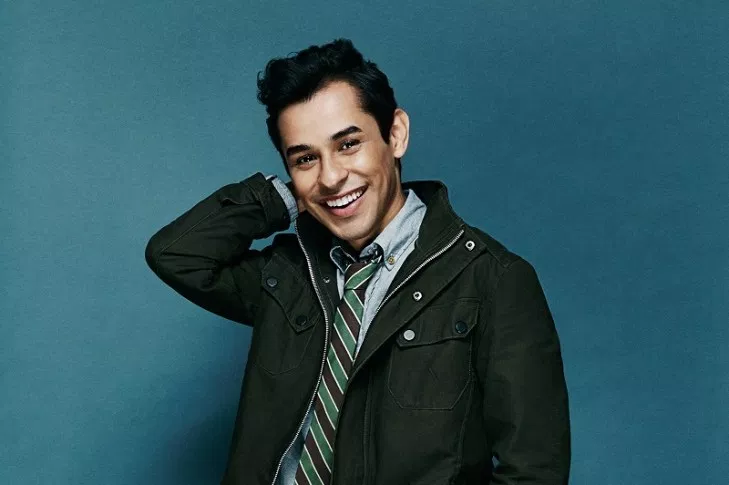 Spotlight on June 28, 2018 0Likes At The Movies
ShareTwitterFacebookInstagram

Rudy Martinez co-stars on Netflix’s hit series Dear White People. This is a show that derived from the 2015 movie. Martinez has played on other popular series such as CW’s Jane the Virgin, iCarly, Disney’s Good Luck Charlie, and more. As a former face painter for kids to make money, he has become a television sensation.

ATM: Prior to co-starring in Netflix’s Dear White People, have you personally ever experienced any type of discrimination?

RM: I have. Most of the times it comes from little micro-aggression that make you feel really bad. Sometimes they are so small that you do not notice them. Other times they have been bigger. I have been stalked and padded down at the mall. This was because I wore a hoodie. I was very young at the time and did not realize why it happened. Now, I see it was racially motivated. I was proud to be on Dear White People because the show tackles issues like this.

ATM: Yes, this show does touch on a lot of different subjects such as racial profiling. Explain how your character on Wesley could potentially become close-knit with Rudy?

RM: (Laughs). That is a good question. I think that we have a lot in common. He is a bit of a wallflower. I tend to be more introverted and gravitate more toward people who maybe are not surrounded by a lot of friends. I have more direct and intimate in conversations rather than being the social butterfly.

ATM: Take a second to tell us how does this show fit into your morals.

RM: I was a fan of the show before being on it. Joining the series in season 2 was a no brainer for me. The one thing that was appealing to me was the recurring guest stars. I could have more of a story and be more involved with the story elements that unfolded throughout the season.

The scenes that it tackles are aligned with what I want to explore with my acting career. This show tackles its depiction of LGBTQ characters. I really love the way this topic is handled. A LGBTQ character with more than just the theme. A queer character is complex and diverse. They deserve interesting and worthy leading roles.

ATM: Rudy, before this you got experience with painting kids’ faces. How good of a job did you do while painting their faces? (Laughs)

RM: (Laughs). I am very meticulous. I love doing art such as painting and drawing. I was actually very terrible at it. I would paint one face and then take 30-40 minutes. I only got through a couple of kids at a birthday party. I was like “Uh Oh. Maybe I should not be doing this.” This was when while first starting out. I need some money. I thought, “I was an artist. I’ll just paint faces.” It ended up not working out

ATM: (Laughs). You must have painted a large variety of faces.

RM: I went around to local birthday parties. I would want to do very artsy things and they would say, “No, I want to be a bunny.” I would say,” Well, don’t you want to be a superhero.” It was fun. I love children.

ATM: Describe how your high school or college react to your acting career currently.

RM: Dear White People is very complex and there is romance. There are some steamy and love scenes. A lot of my friends says, “You were so great, but I could not watch when you were out with such and such character.” or “I had to pause and fast forward. I love you and you are my friend.”

ATM: In a previous interview, you stated, “You like to pick characters that give people a voice.” Expand more on this please.

The California native decided to play in CW’s Jane the Virgin because of the energy the show brings. “I have been with them for three seasons. They are going into their fifth and final season. I have been on it since season two. It was great to be offered a part like this and become a part of this cast. I love going to work. We shoot at Manhattan Beach Studios, which is a short drive. It is just a dream job. Additionally, Martinez is best known for Disney’s Good Luck Charlie. He reminisces on his experience while on set. “(Laughs). Children that are a part my life would think of me as the coolest person. My little nieces were in elementary school at the time did not care about the other things. It was the fact that I appeared on Good Luck Charlie that was cool.”

ATM: Let’s move on. How many times did you fall off your skateboard? (Laughs)

RM: I went to a school where everyone rode a skateboard. You get to and from classes while riding a skateboard. I had to pick one up and just learn. I felt a lot. I decorated my skateboard with geeky stuff.

Martinez is currently in a play called Wood Boy Dog Fish at the Garry Marshall Theatre. The play originally premiered in 2015. He is available on Netflix’s Dear White People. This show can be streamed at your leisure. Martinez brings a different energy toward acting and this is exhibited through the variety of characters he portrays.